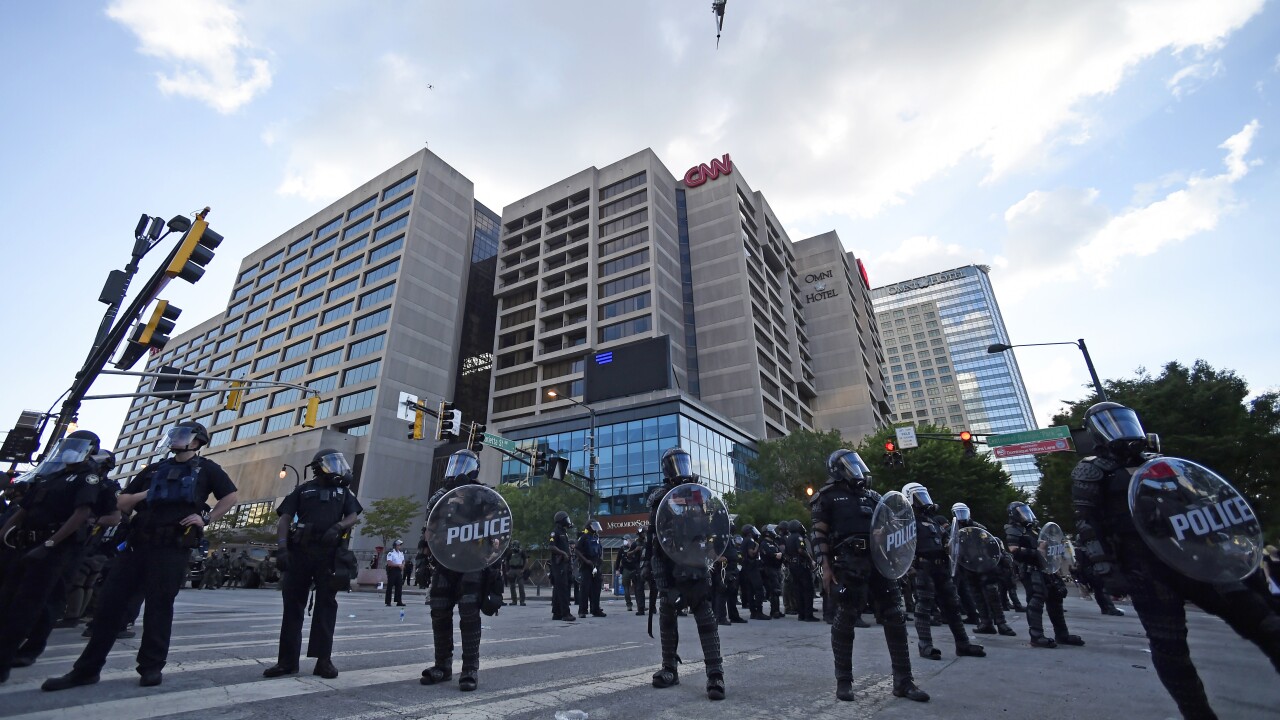 Atlanta’s mayor says two police officers have been fired and three placed on desk duty pending review over excessive use of force during a protest incident Saturday night.

Mayor Keisha Lance Bottoms said at a news conference Sunday that she and police Chief Erika Shields made the decision after reviewing body-camera footage. Shields called it “really shocking to watch.”

Officials say the incident came to light via video that circulated online.

It shows a group of police officers in riot gear and gas masks surround a car being driven by a man with a woman in the passenger seat. The officers pull the woman out and appear to use a stun gun on the man. They use zip-tie handcuffs on the woman on the ground. The couple did not appear to be fighting police on the video.

Bottoms said charges have been dropped against the woman, and the man has been released.

Local reporters, who captured footage of the incident, said the police had earlier broken the glass on the car. A reporter said police also flattened the tires.

The city is under curfew again Sunday night.

I watched this unfold last night. Go to my IG page for the FULL VIDEO and more details (it’s too long for Twitter). Instagram: @Brittmtv pic.twitter.com/ajwWCCtwUJ