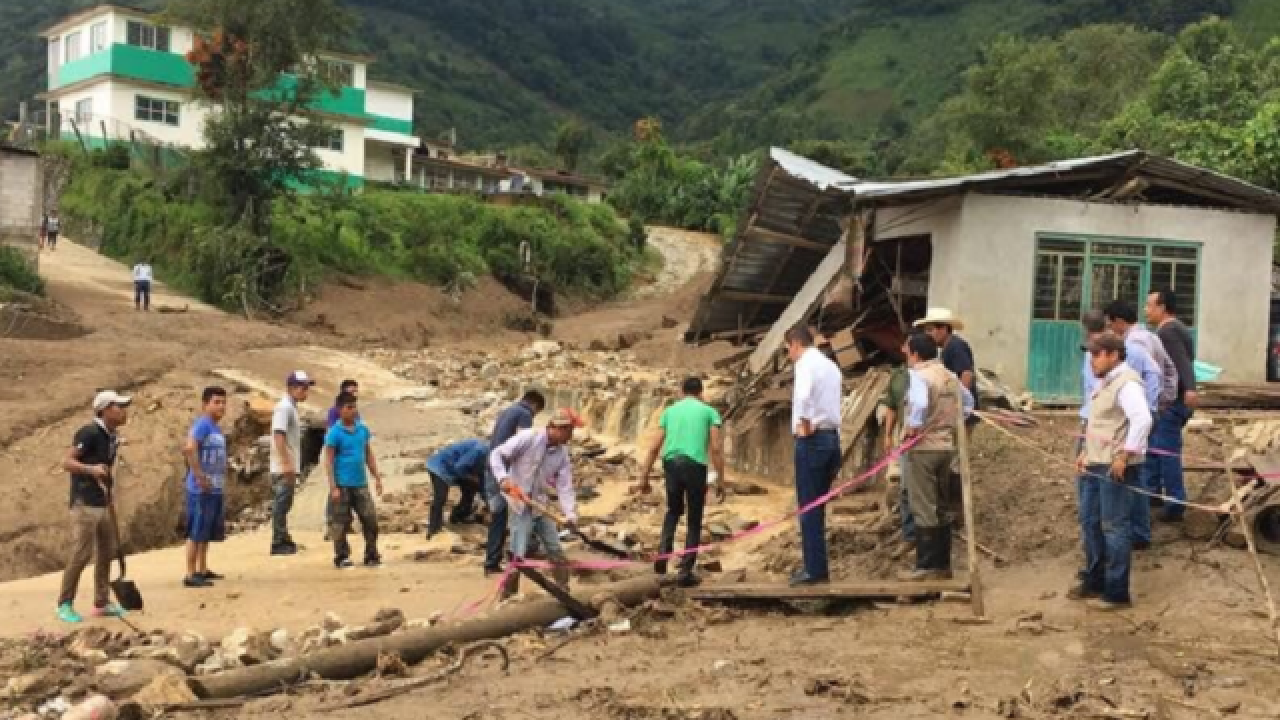 Tropical Storm Earl left more than  just a trail of destruction as it slammed parts of Central America this week, causing landslides in Mexico that have killed at least 45 people.
CNN reports that the landslides affected the Mexican states of Puebla and Veracruz.
In the mountainous north of Puebla state, 28 people reportedly died from the landslides after the intense rain and flooding.
Puebla Gov. Rafael Moreno Valle visited the area and posted photos of the damage.

According to CNN, one of his tweets read, "My government will have all resources available. We will not rest until all the damages caused have been repaired."
The storm, which started as Hurricane Earl, was downgraded to a tropical storm as it moved across the region and again later downgraded to a tropical depression.
Heavy rains, however, continue to pour as the storm moves off the southwestern coast.
"The remnants of Earl are expected to produce an additional 2 to 4 inches of rainfall over portions of the Mexican states of Guerrero, Hidalgo, Oaxaca, Puebla, Tlaxcala and Veracruz through tonight," the National Hurricane Center said in an advisory Sunday, according to CNN. "These rains could result in life-threatening flash floods and mudslides."
Copyright 2016 Scripps Media, Inc. All rights reserved. This material may not be published, broadcast, rewritten, or redistributed.