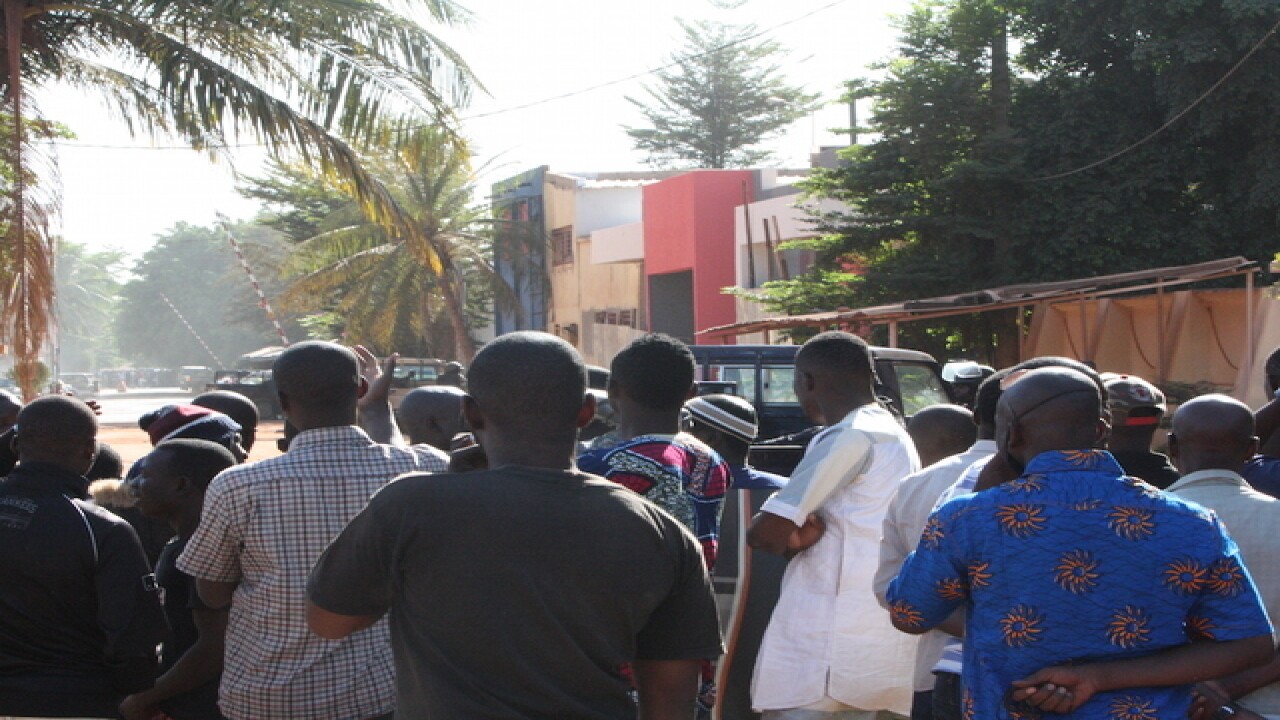 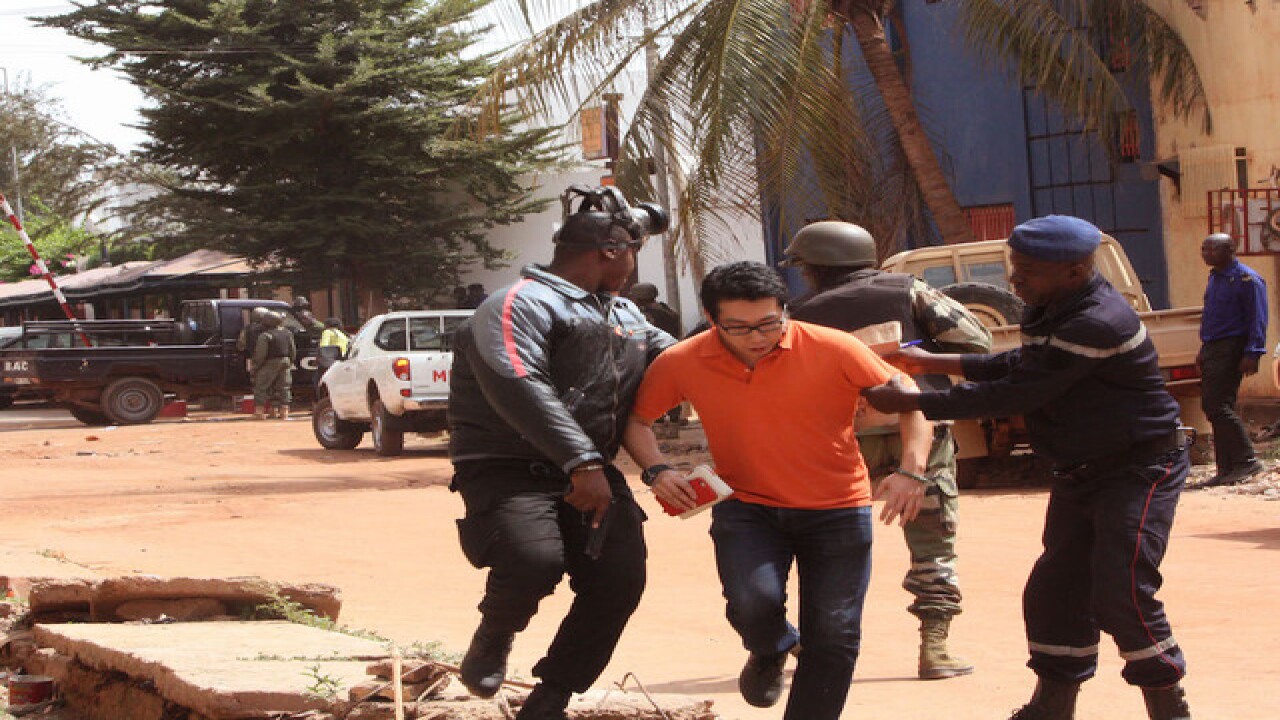 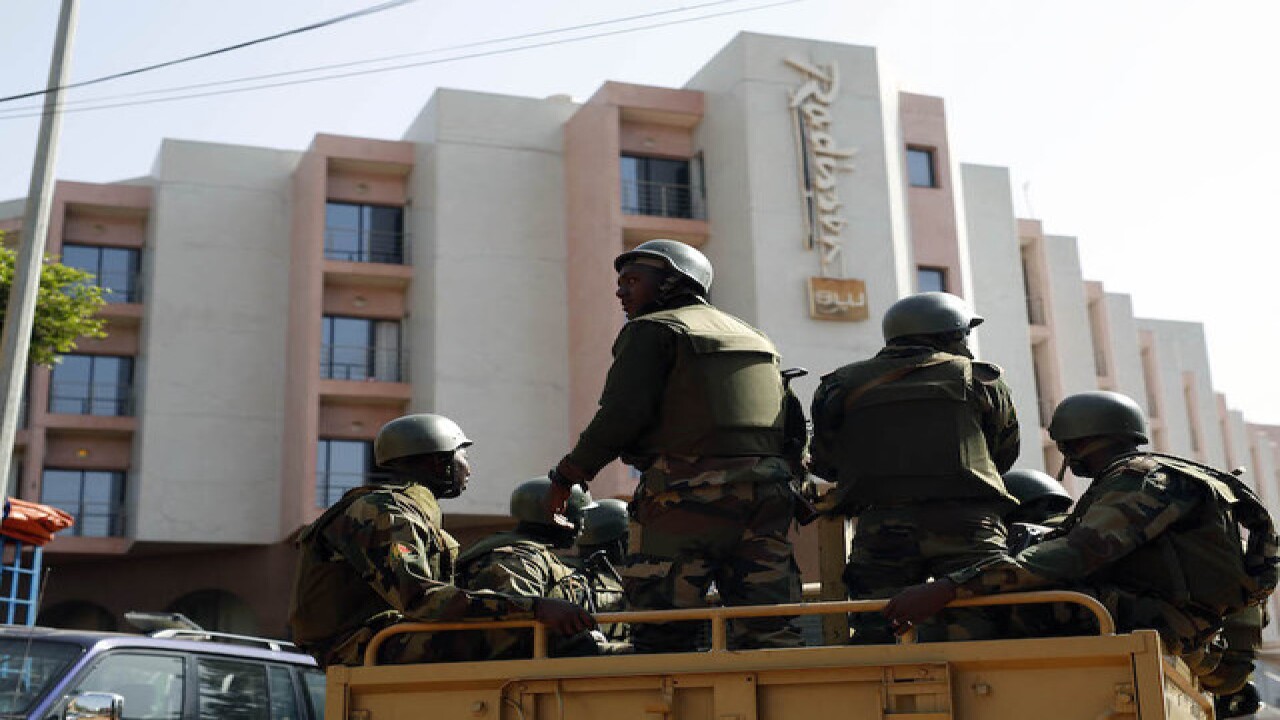 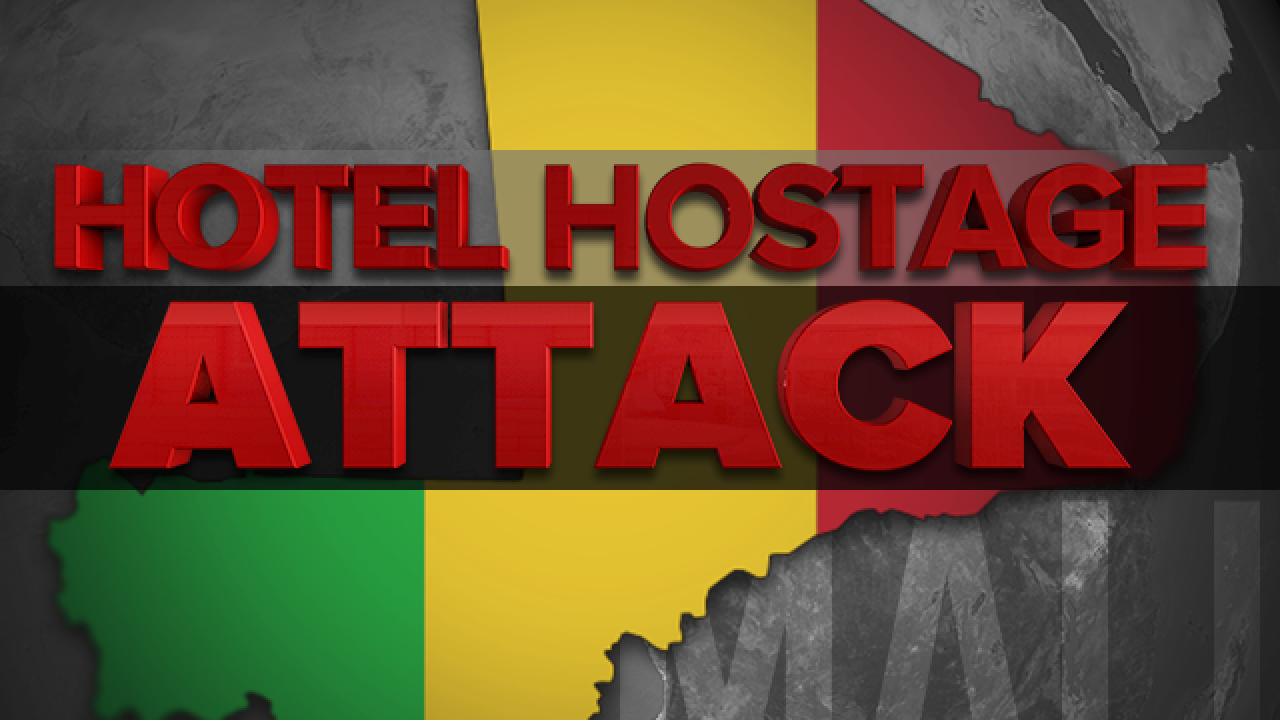 Malian security forces were hunting "more than three" suspects on Saturday after a brazen assault on the Radisson Blu hotel in the capital that killed 20 people plus two assailants, a military official said.

Malians awoke to a state of emergency after Friday's attack in Bamako that was claimed by an extremist group formed by notorious Algerian militant Moktar Belmoktar. The statement from the Al-Mourabitoun (The Sentinels) group was carried by the Al-Jazeera network and said the assault was in cooperation with al-Qaida's "Sahara Emirate."

"The search has started and I can tell you that we are looking for more than three people at the moment," said Maj. Modibo Nama Traore.

On Friday morning, heavily armed assailants shouting "God is great!" in Arabic burst into the complex and opened fire on guards before seizing dozens of hostages at the hotel popular with foreigners, sparking a more than seven-hour siege by Malian troops backed by U.S. and French special forces.

Hostages trickled out slowly during the siege as security forces worked to secure the hotel floor by floor. At least one guest reported the attackers instructed him to recite verses from the Quran as proof of his Muslim faith before he was allowed to leave.

The hotel was being guarded by national police on Saturday, said Sgt. Idrissa Berthe, one of the officers posted at the scene which was still strewn with broken glass from shot out windows. "This morning, investigators have begun to arrive to do their work," Berthe said, adding that President Ibrahim Boubacar Keita was also expected later in the day.

On Friday night, Keita announced the 10-day nationwide state of emergency beginning at midnight. He said a three-day period of national mourning was due to begin Monday, with flags flying at half-mast. Keita had been in Chad on Friday for a security summit.

Northern Mali has been unstable since it fell to Tuareg separatists and Islamic extremists following a military coup in 2012. Despite a French-led military intervention in 2013 that drove the extremists from cities and towns, attacks have continued and extended farther south this year, including an assault on a Bamako restaurant popular with foreigners in March.

The attack may have been motivated by a desire to disrupt a fragile local peace process that has made progress in recent months, Jean-Herve Jezequel, an analyst for the International Crisis Group, said in an interview posted to the group's website Friday night.

Armed groups in the north signed a peace accord with the government in June and local agreements were signed in October, though radical groups have been excluded from the process.

In its condemnation of the attack, the 57-nation Organization of Islamic Cooperation linked the attack to the negotiations, saying its goal was to "destabilize Mali and destroy the peace process."

At the same time, the attack could be directed at French military and other interests in Mali or an attempt by other militant groups to assert their presence after the deadly Nov. 13 attacks in Paris claimed by the rival Islamic State group.

Djallil Lounnes, an expert on radical groups in the Sahara, said it was a way for al-Qaida to show it is still relevant.

"Al-Qaida and its international affiliates have been surpassed by IS and needed to show that that they are still there," he said.

Even before the attack ended on Friday, some officials said it highlighted the need for tighter security measures and stricter surveillance.

"Our government needs to introduce stricter identification and information systems so that we can track everybody," said lawmaker Amadou Thiam, a vice president of Mali's parliament.

Belmoktar, an Algerian militant who has long been based in the Sahara, shot to prominence after his group carried out a January 2013 attack on an Algerian gas plant that resulted in the death of 39 foreign workers.

Many of his closest lieutenants were later killed by French forces in operations over the last two years and there were reports he himself was killed in June.