Apple Watch app could save your life by detecting irregular heartbeat, study says 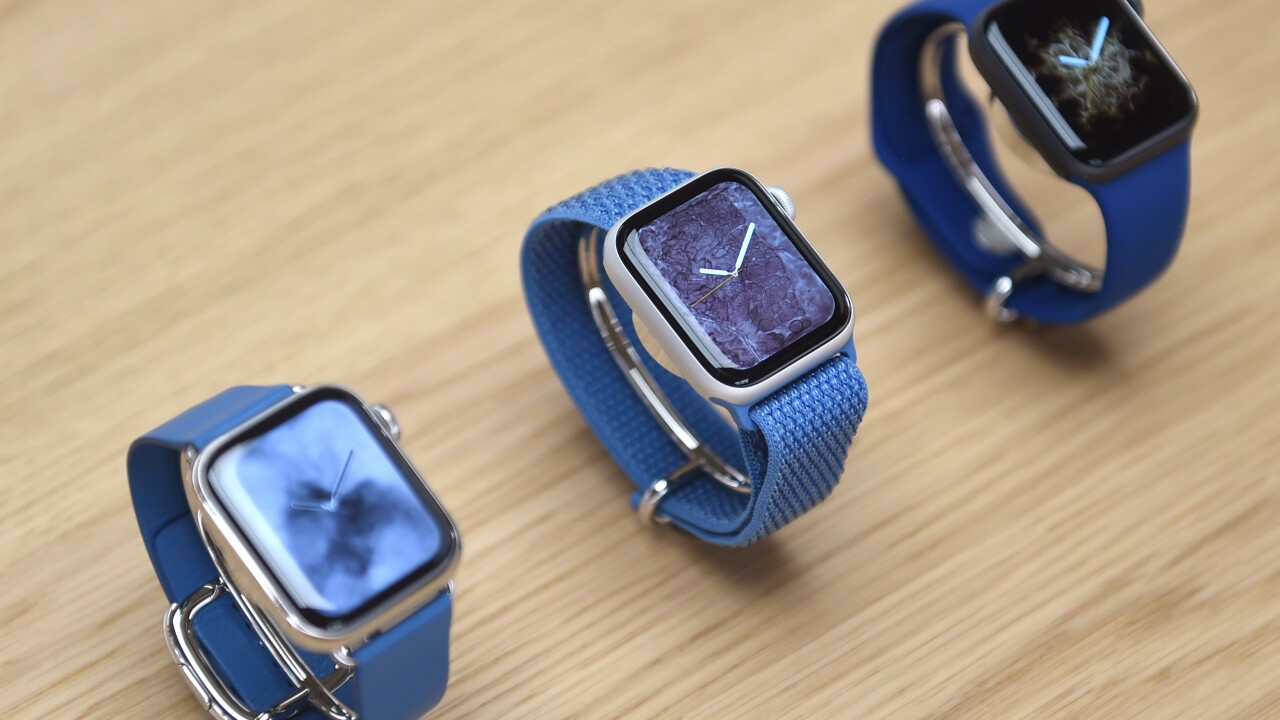 (CNN) -- Has a new bar been set for wearable technologies? An Apple Watch may detect heart rate irregularities that subsequent medical tests confirm to be atrial fibrillation, according to preliminary findings from a new study. AFib is often undiagnosed since it might not cause noticeable symptoms, but it contributes to 130,000 deaths and 750,000 hospitalizations in the United States each year.

New results from the Apple-funded study, which have not been published or peer-reviewed, were presented Saturday at the American College of Cardiology Scientific Session in New Orleans.

"The study's findings have the potential to help patients and clinicians understand how devices like the Apple Watch can play a role in detecting conditions such as atrial fibrillation," Dr. Mintu Turakhia, co-principal investigator and associate professor of cardiovascular medicine at Stanford Medical School, said in a statement.

Turakhia and his colleagues conducted a virtual study with more than 400,000 participants to understand whether a mobile app using data from a heart rate pulse sensor can identify atrial fibrillation.

Participants had both an iPhone and an Apple Watch, though not the most recent version, which features built-in electrocardiography (ECG), because it was released after the study's launch.

Intermittently, a special app checked each participant's heart-rate pulse sensor for an irregular pulse, and if it was detected, the participant would receive a notification and was asked to schedule a telemedicine consultation with a study doctor. Next, the participant would be sent ambulatory (walking) ECG patches to record the rhythm of their heart for up to a week.

The findings suggest how wearables might help to detect conditions before they strike, the researchers say.

Comparing the irregular pulse detection on Apple Watch with the longer-duration ECG patch recordings, the Apple Watch's pulse detection algorithm showed a 71% positive predictive value; in other words, only 29% of those participants given a warning had received a false positive.

"The performance and accuracy we observed in this study provides important information as we seek to understand the potential impact of wearable technology on the health system," Dr. Marco Perez, co-principal investigator and associate professor of cardiovascular medicine at Stanford Medicine, said in a statement.

What these preliminary results can tell us

Dr. Mitesh Patel, an assistant professor of medicine at the Perelman School of Medicine at the University of Pennsylvania, emphasized that "the results are preliminary." Still, he gives kudos to both the team and Apple for doing a scientific study.

"I think this could represent kind of a turning point in how we think about wearables," said Patel, who was not involved in the new research. "There are lots of wearable devices that try to track lots of different behaviors and biometrics, and very few of them are actually tested in a well-designed, large-scale clinical trial.

"A lot of people get excited by the 400,000 number" of participants, he said, and although this is impressive, he noted that only 0.5% had AFib. A study targeting higher risk populations -- for example, people with heart failure over age 65 -- might help to reduce the false positive rate, he said.

"You might think" it is surprising that almost half of the people identified as having AFib didn't seek medical care, but "it's actually not," Patel said.

A lot of his own research has shown that while wearable devices may be really good at monitoring and detecting behaviors or biometrics, they need to be "combined with something else to really motivate people to change their behavior," he said.

In one of his studies, people discharged from the hospital after a heart attack or stroke were given either a wearable or a wearable plus a personalized activity goal and a financial incentive: $14 a week, with $2 deducted each day they didn't meet the goal of walking a certain number of steps.

"What we found is, on average, the people in the incentive plan walked about 100 miles more than the people who just had the wearable," Patel said, noting that a wearable alone "led to no increase in physical activity."

"So 100 miles of physical activity over a six month period was huge," he said. "And this was a high-risk population: people over the age of 65 who'd had a heart attack or stroke."

The average cost for those in the financial incentive program was only $104 per person, plus when the incentive turned off, "they still kept walking at the same rate," he said. "They really built habits."

Wearable devices and technologies need to be combined with well-designed behavior change strategies "to lead to changes in clinical care, behavior and decision-making," Patel said.

"It's a really exciting time," he concluded. "But we need to be careful. We need to do well-designed studies like this one, we need to understand what the results are, and we have to be able to continue to evolve and learn as we move forward."