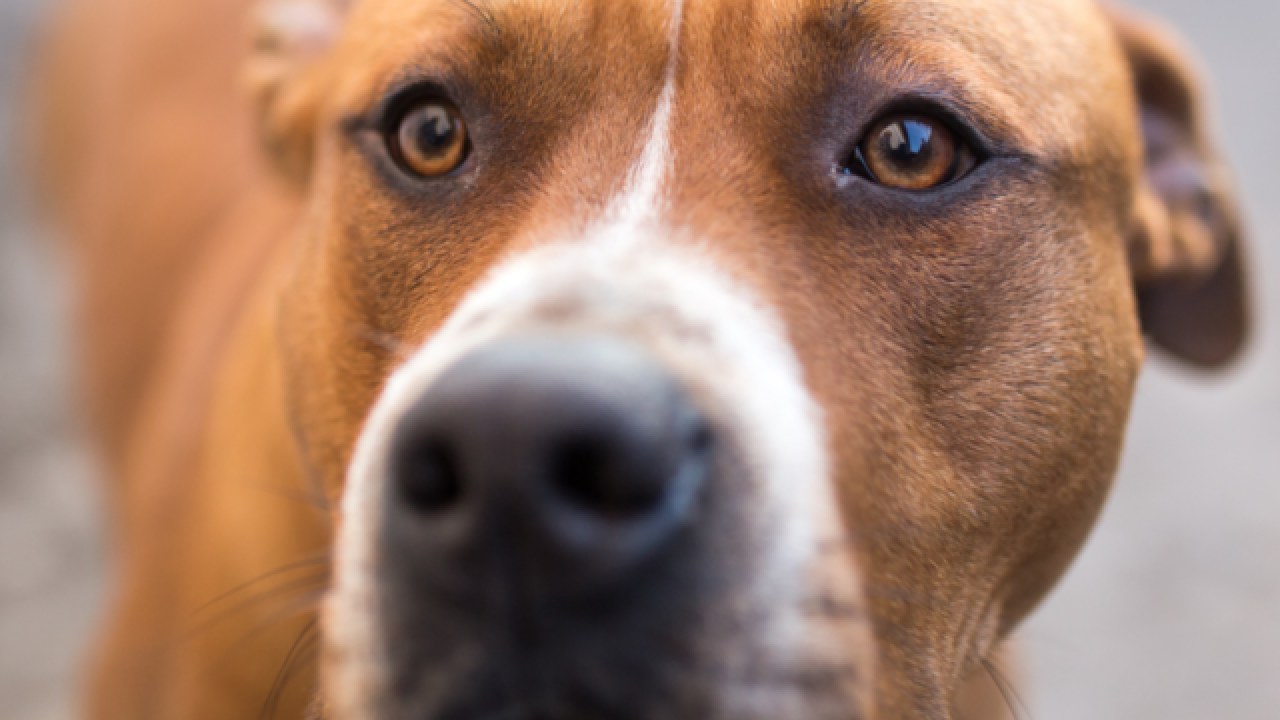 LOS ANGELES (KTLA) -- An animal rescue group is calling for an investigation after a pit bull who was adopted two weeks ago died from what animal advocates believe was physical and sexual abuse after being found injured in South Los Angeles on Monday.

The 5-year-old dog, Cargo, was dumped in front of a house on the 200 block of West 85th Street in the Florence neighborhood, according to Dianty Marquez of Ghetto Rescue Foundation, an Anaheim Hills-based animal nonprofit associated with police in the great L.A. area.

A resident who wished to remain anonymous said neighbors reported seeing two African-American men who "dropped it off there and just left." The woman said she couldn't get ahold of any city or county animal control officials to respond, so she reached out to Ghetto Rescue.

Video Marquez took when she arrived at the scene shows the pooch was clearly suffering. "Can you feel this?" Marquez is heard asking as she pets her.

"Head down, she had a rope tied to her neck and she wasn't going anywhere," Marquez told KTLA.

Marquez was able to get Cargo into her car and rushed her to emergency veterinary care.

"That's when we got word that there had been some trauma in her vaginal area," Marquez said, "and they made her as comfy as they could."

But by Tuesday morning, the pit bull had taken a turn for the worse. "She passed because she had some type of blunt force trauma and it caused her aorta to rupture," Marquez said.

"We come across a lot of different abuse cases and it's definitely one of those I'm not going to forget," Marquez said. "It's going to stick with me."

In a Facebook post about the ordeal, the rescue said Cargo hadn't suffered any scraped or abrasions, and "other than her vagina trauma nothing was obviously wrong."

"The only thing we can be thankful for is she did not die on the sidewalk alone," the post states.

The dog was microchipped, and Ghetto Rescue took that information and began investigating.

The organization learned she was adopted from Orange County Animal Care on July 23 during a free adoption event after being in the shelter for three months. But the phone number and address given at the time of adoption apparently were not current.

O.C. Animal Care released the following statement in response to the abuse claims:

“OC Animal Care staff is aware of a situation with a dog, 'Valerie,' recently adopted from our shelter. Our staff and volunteers are deeply saddened to learn of her passing and the alleged circumstances involving her death. Valerie was with us for three months and was loved by many.

Although this incident occurred outside of our jurisdiction and we are not the investigating agency, we are working with the local authorities in Los Angeles regarding this case. OC Animal Care is providing them all the information we have about Valerie and will continue to assist in their ongoing investigation.

The OC Animal Care shelter does not discriminate against those wishing to adopt unless they are suspected of or have been convicted of animal offenses. We utilize information about investigations from our own animal control as well as other law enforcement agencies to make this determination. We take the safety of all animals in our care seriously and, as a result of the circumstances surrounding Valerie’s death, the individual who adopted Valerie is now ineligible for future adoptions at our shelter."

Animal advocates say the case is an example of the dangers of giving dogs and cats away. Because animal shelters in Southern California are usually operating at or near capacity, they often offer low-cost or free adoptions to get the animals into homes.