American pulls stunning upset over at Djokovic at Wimbledon 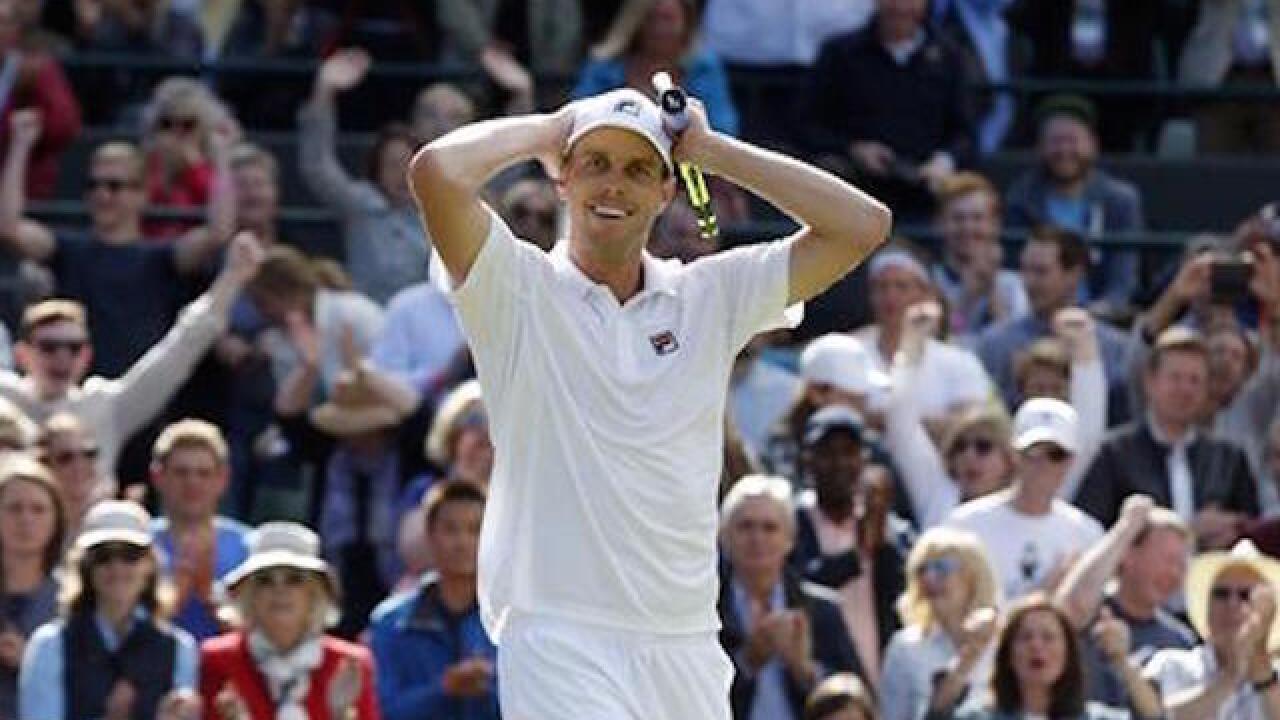 Djokovic had won the past four major titles in a row — and was halfway to the first calendar-year Grand Slam for a man since Rod Laver in 1969.

But things began looking bleak for Djokovic when the match began Friday and he dropped the first two sets against Querrey, an American ranked 41st. After play was halted by rain, a recurring theme in this contest and the tournament as a whole, Djokovic came back out Saturday and played much better.

He took the third set, then went up a break in the fourth at 5-4. Querrey steeled himself there to break right back, then held to lead 6-5.

That's when Saturday's third rain delay arrived, following those at 4-0 for Djokovic in the third set, and at 1-all in the fourth. When they resumed, Djokovic held serve to stay in the match and send the fourth set to a tiebreaker. Djokovic went ahead 3-1, but Querrey hung in there, and on his second match point, a stray forehand by the big favorite sailed wide to end it.

It's the first loss for Djokovic at any major tournament in more than a year: He was beaten by Stan Wawrinka in the French Open final in June 2015. Since then, Djokovic won his third trophy at Wimbledon last July, his second at the U.S. Open in September, his sixth at the Australian Open in January, and his first at the French Open less than a month ago.

How surprising was this result? Djokovic owns a total of 12 Grand Slam titles — including each of the past two at Wimbledon — while Querrey has never made it past the fourth round at any major. Plus, Djokovic entered this matchup having won 8 of 9 previous head-to-head meetings between the pair.

And compare the pair's past records at the All England Club: Both entered this matchup with the same number of losses at the event, eight, but the difference in wins was the not-insignificant tally of 54 for Djokovic to nine for Querrey.

Now make that 10 for the 28-year-old Querrey, who smacked 31 aces against Djokovic, widely considered the top returner of his era — and perhaps any.