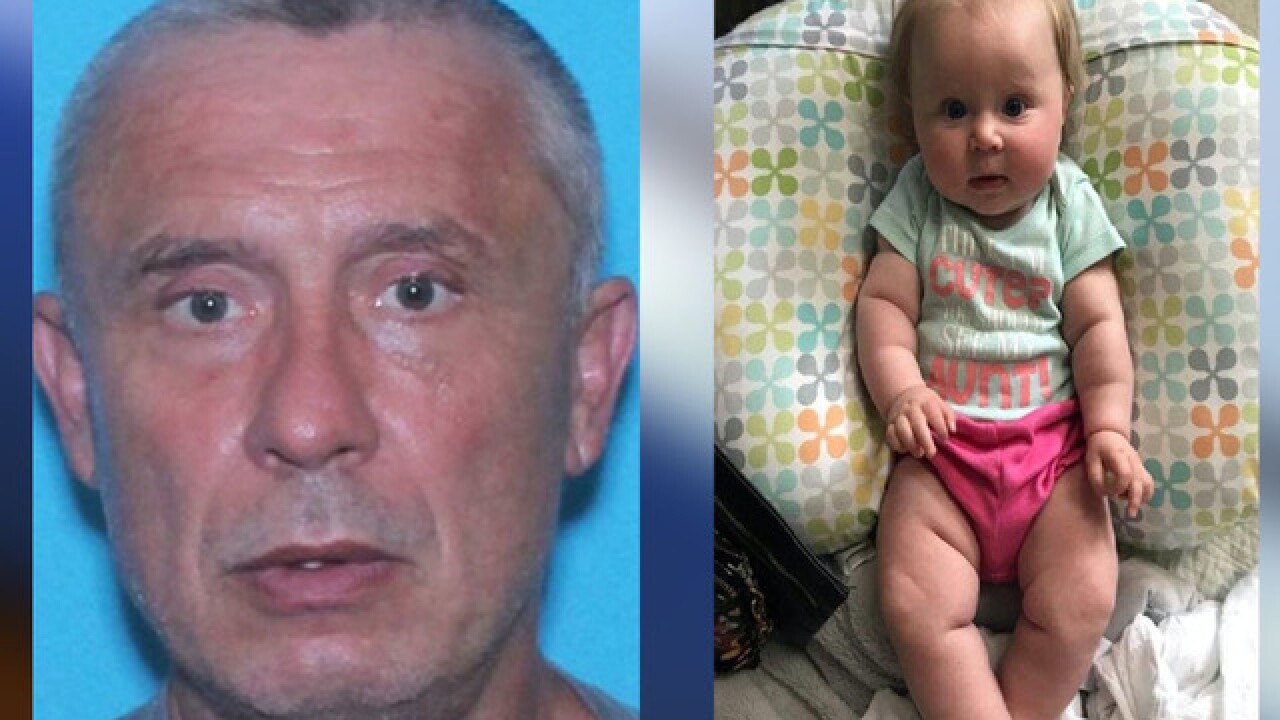 DANVILLE, Va. — A 7-month-old month baby may have been kidnapped Sunday by her father, a registered sex offender, Virginia State Police said.

An Amber Alert was issued for Emma Kennedy. Danville Police believe she may be with her father, Carl Ray Kennedy.

Kennedy is believed to be driving a gold 2007 Subaru. The car has a North Carolina license plate No. FAA-1873. There is a Johnny's Auto Sales emblem on the trunk.

Kennedy also has access to a burgundy Toyota Camry, a blue Jeep Cherokee and a Dodge truck. It is likely he is using North Carolina FAA-1873 tags on one or more of these vehicles.

Emma has blonde hair and blue eyes. She was last seen wearing a light blue onesie with dots and a white rabbit on the left leg and a matching headband. She also has a small scar on her left cheek.