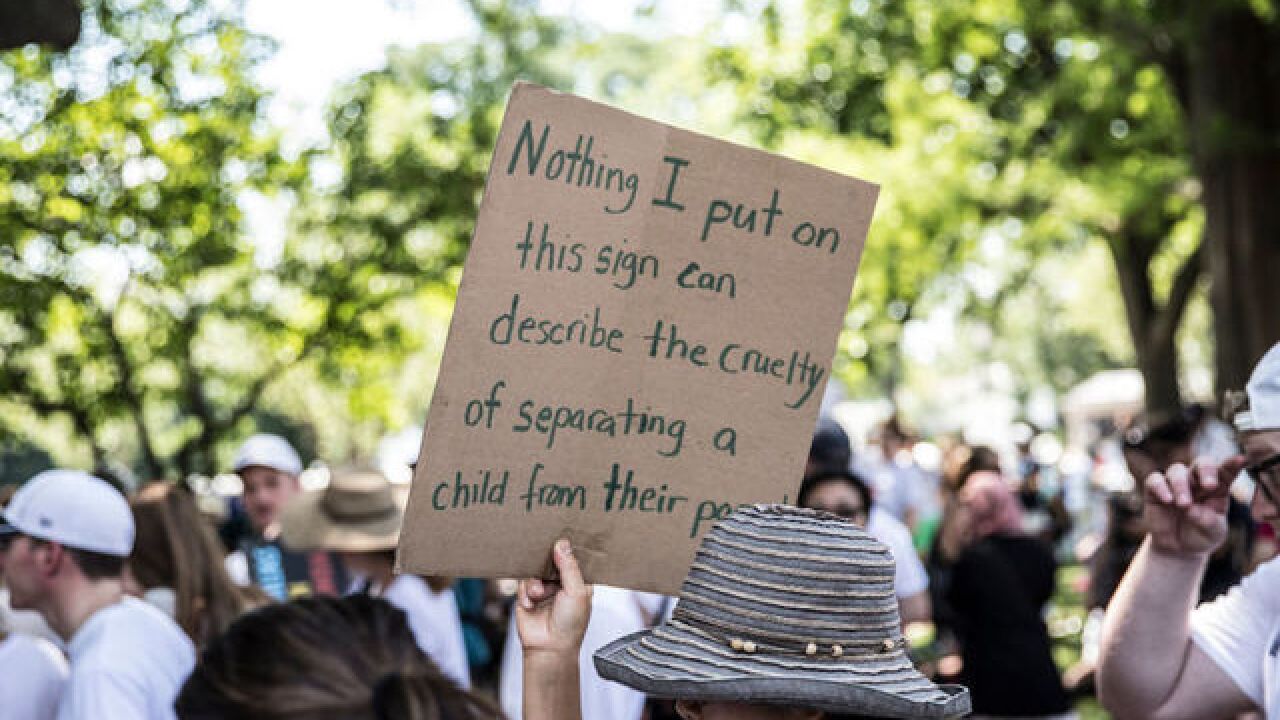 Image copyright 2018 Getty Images. All rights reserved. This material may not be published, broadcast, rewritten, or redistributed.
Alex Wroblewski
<p>Protesters march against President Trump's immigration policy on June 30, 2018 in Washington, DC. As thousands of migrant children remain separated from family, rallies are planned across the U.S. calling for them be reunited with their families. </p>

Actress America Ferrera and singer Alicia Keys put their own stamp on Saturday's immigration rally in the nation's capital, reading from letters from a grandfather and a mother pleading for the release of their detained loved ones.

Ferrera, whose parents are Honduran immigrants, read the story of a California resident from El Salvador who asked authorities to release his migrant granddaughter, kept at the nonprofit Shiloh Treatment Center in Texas, into his custody, so he could be her sponsor.

Ferrera encouraged the crowd to listen to his words and imagine themselves in his situation.

"This fight does not belong to one group of people, one color of people, one race of people, one gender. It belongs to all of us," she said. "What makes humans remarkable is our capacity to imagine. We have an imagination. Let's use it."

The entertainers read court affidavits written by the children's relatives but did not use the real names of those involved, so as to protect their identities.

In the affidavit read by Ferrera, the grandfather says he applied to be the girl's sponsor, but after being interviewed, he got the impression the investigator didn't think the Oakland food vendor made enough money to support her.

When he followed up with a social worker, he says, he learned the government threw out his application and intended to transfer the girl elsewhere.

"The last time that we talked, she told me that she was starting to feel desperate. I told her not to lose hope, and that we are just waiting to see what the government says about me," the man wrote, according to Ferrera.

"Please remember these words," the actress said after finishing the letter. "We cannot forget."

Keys, who read an affidavit from a woman inquiring why her son hadn't been released from an Oregon facility, told the crowd she brought her 7-year-old son, Egypt, to Saturday's rally.