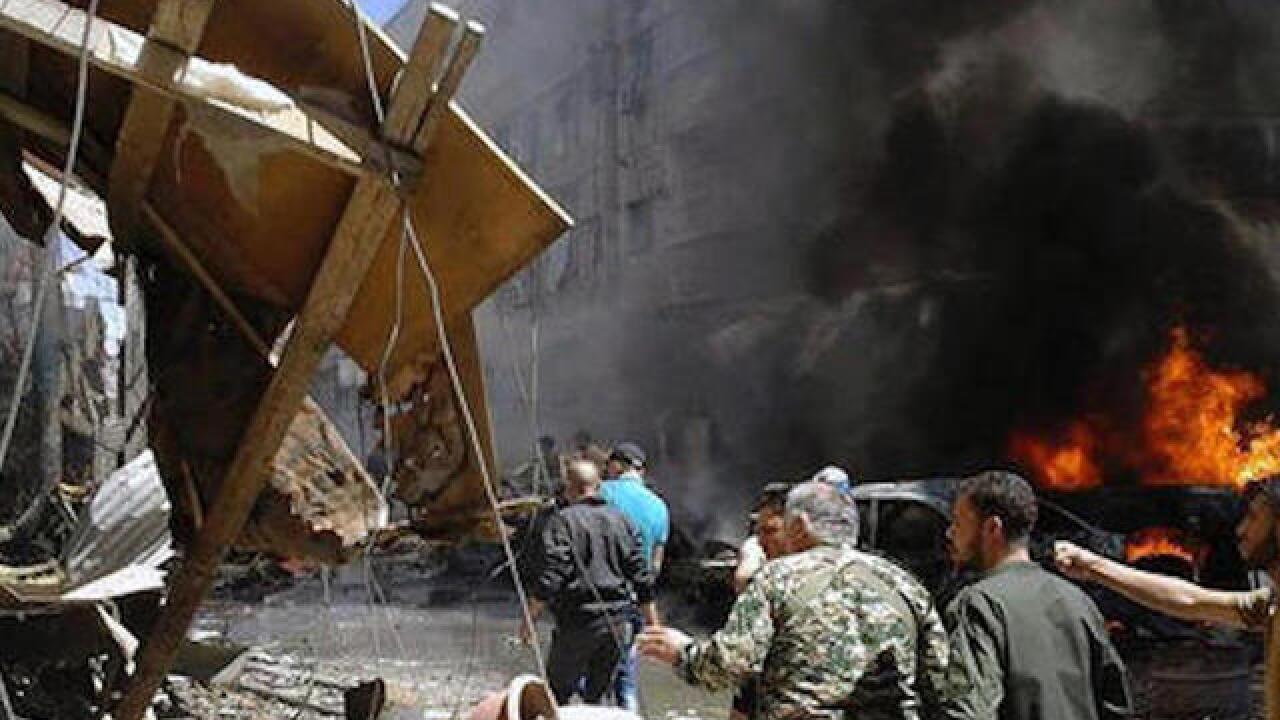 Copyright Associated Press
Uncredited
<p>In this photo released by the Syrian official news agency SANA, Syrians gather around damaged buildings after a bomb attack at the Sayyida Zeinab suburb, Damascus, Syria, Saturday, June 11, 2016. Two bombs went off Saturday near the Syrian capital, killing at least eight people and wounding over a dozen others in the latest attack to hit the predominantly Shiite area in recent months, state TV and an opposition activist group said. (SANA via AP)</p>

BEIRUT (AP) — Syrian activists say at least 25 people were killed in airstrikes on a rebel-held area where militants had captured and killed a government fighter pilot.

The Local Coordination Committees, an activist network, counted seven medical personnel among those killed in the suspected government airstrikes on the town of Jeiroud, northeast of Damascus. It says the town was struck at least 40 times since early Saturday. The Britain-based Syrian Observatory for Human Rights put the toll at 31 dead.

Rebels captured and interrogated a fighter pilot on camera in Jeiroud on Friday, after his plane crashed in the area. Photos circulated online later showed the pilot shot and killed.

The government says the pilot was on a training mission when his plane malfunctioned.