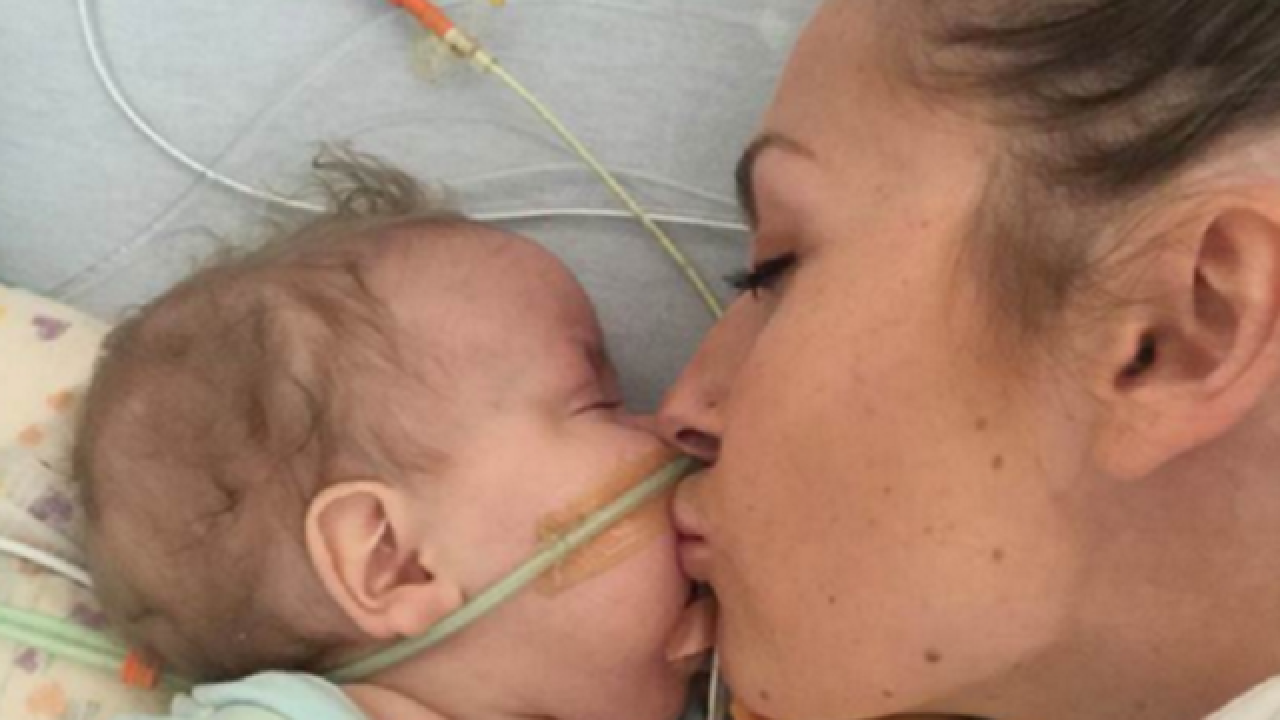 By: Simplemost
Posted at 11:24 PM, Aug 14, 2016
People cope with loss in different ways, but some try to make the most of their situation and do something good. Demi Frandsen is one of those people.
After losing her 10-month-old son to a rare birth defect, Frandsen donated 17,500 ounces of breast milk, the equivalent of 131 gallons, to the Omaha Children’s Hospital and Medical Center Donation and Outreach Center in Nebraska, the largest gift the institution has ever received, according to TODAY Parents.
Frandsen’s son Leo weighed only 2 pounds, 10 ounces at birth and was born with a birth defect that affects the abdominal wall called gastroschisis. Early on, Frandsen was able to pump out so much milk that her lactation counselor suggested she donate milk to help other small, sick hospitalized babies. While Leo was still in the hospital, Frandsen maintained her milk reserve in the hopes that her baby would make it home, keeping up her supply every three hours during his first six months.
Even after Leo passed, Frandsen continued to pump for weeks. She told Today Parents, “Telling my body to stop producing milk for a baby that wasn’t here anymore was even more emotional than not being able to actually nurse him while he was here,” she said. “It’s a mother’s instinct to provide for her baby, and I had to make my body stop that instinct.”
After all was said and done, Frandsen had collected a record 17,503 ounces of breast milk. A milk bank in Colorado received and processed her milk, which is the common practice for donated milk. Pasteurizing breast milk is said to remove the threat of transmitting an infectious disease without damaging the milk’s nutrients and immune properties.
Making the donation was not only a way to honor Leo, but to help those moms who felt her same pain.
TMJ4