A tragic reminder that policing takes a toll on officers, too 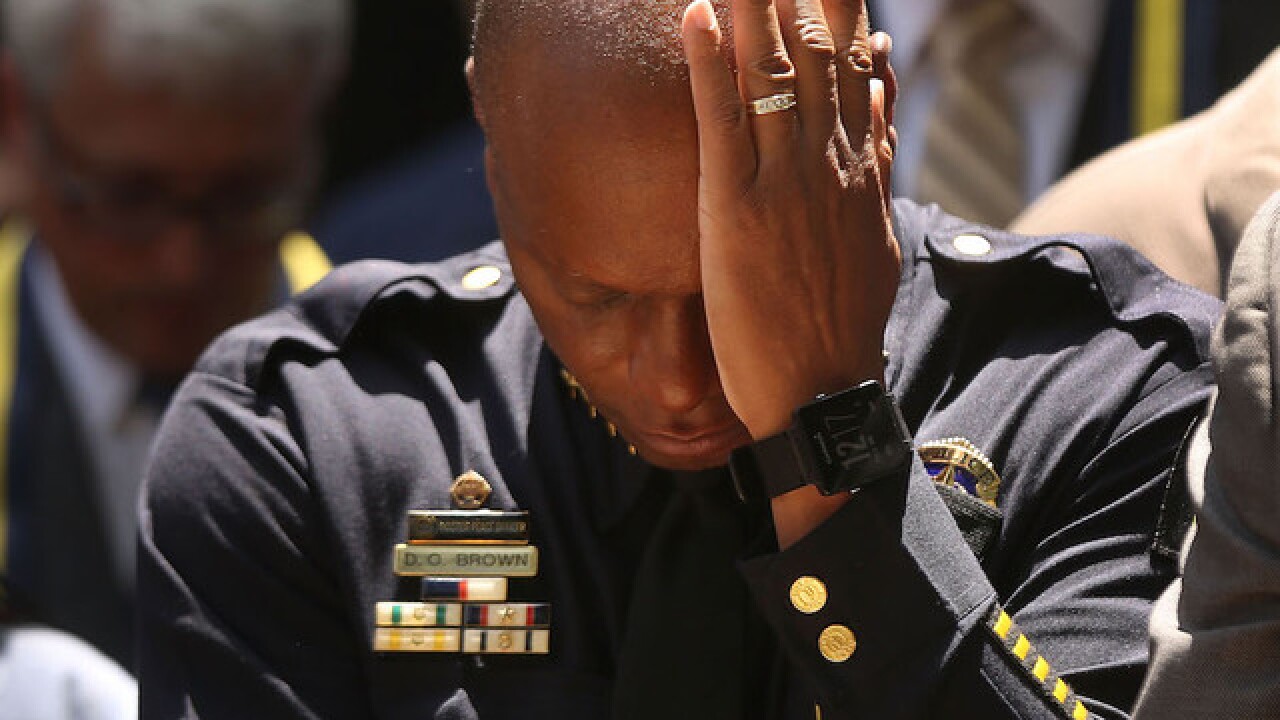 By: John Violanti, Professor of Epidemiology and Environmental Health, University at Buffalo, The State University of New York
Posted at 9:01 PM, Jul 09, 2016

The recent police shootings and the murder Thursday of five police officers put a spotlight on the troubled occupation of policing.

Recent public perception of police has reached a 22-year low in the United States, with a 2015 poll showing that about only 52 percent have a “great deal” of confidence in the institution. Among those who do not share that confidence, the view of the police seems to have shifted from from those who “serve and protect” to those who “unnecessarily kill."

What are the circumstances that got us to this point? People come into police work with the goal of public service but often leave in state of cynicism.

This article first appeared on TheConversation.com

Contrary to public opinion that police work is “routine,” their job is very often filled with traumatic, dangerous and stressful occurrences. Suicide is a leading killer of police officers, with 102 officers taking their lives in 2015. That is in addition to the 51 officers killed while a felony was underway and 45 officers who were accidentally killed. Our recent study found that the police had a 69 percent greater risk for suicide than other working populations.

As a former police officer and now a professor of epidemiology and public health, I look at the toll that policing takes on mental and physical health. Police officers pay a high price for their work.

A scary and sometimes sad job
There are many facets of police work of which the general population is not aware. It is hard for non-officers to understand what officers experience on a daily basis and what the outcomes of these experiences might be.

With little or no warning, officers may find themselves responding to events ranging from domestic disturbances to involvement in complex, evolving natural disasters or acts of terrorism. Police officers experience these stressful incidents and conditions repeatedly over the course of careers that can span decades.

Events at the more challenging end of the critical incident spectrum (e.g., terrorist acts, shootings, assaults) result in officers encountering, over periods of several days or weeks, unpredictable, evolving and escalating demands. One may surmise, therefore, that police officers are often in a state of psychological overload, faced with a multitude of difficult and challenging work demands.

In one recent study we did, the top five most stressful events that police reported were, in this order: exposure to battered or dead children, killing someone in the line of duty, fellow officer killed in the line of duty, situations requiring the use of force and physical attack on one’s person.

Involvement with child crimes is an especially difficult task for police officers, and it requires a special ability and social support in order to avoid traumatization. Prior research regarding police investigations of children-related crimes such as neglect, homicide or sexual abuse suggests that officers are often at greater risk for developing secondary traumatic stress. Officers working these cases may also be at risk for depression and anxiety.

Police shootings are also very stressful events for officers. What you see on television, social media or the movies is not accurate. Shootings generally involve scrutiny by both the department and the judicial system concerning the legality of the shooting and the proper use of justifiable deadly physical force by the officer. Additionally, post-traumatic stress disorder (PTSD) may result from involvement in shooting incidents as a direct result of investigation and social media coverage for both officer and family.

In a pilot study, we found that officers with higher levels of PTSD had difficulty in making decisions, which could affect decision-making on the streets.

Physical health suffers, too
Psychological health often affects physical health among officers as well. In our studies, we have found that the average age of death among police is 66 years of age, some 10 years sooner than the general U.S. population. Many police deaths attributed to causes such as cardiovascular disease are associated with stress.

About 30 percent of our police population had metabolic syndrome, an indicator of risk for future cardiovascular events. We have found associations of PTSD with impaired artery health and hormonal balance in police officers as well as with significantly higher rates of suicide among officers as compared to the general population.

Although policing is primarily a male occupation, gender does not prevent tragic outcomes. A recent report by the Centers for Disease Control and Prevention on occupational suicides found that females who work in protective services had the highest rate of suicide compared to 30 other occupations.

Solutions needed
When considering the current level of mistrust of police, I am reminded of the experience of many post-Vietnam veterans of that war when they came home. Many were laden with post-traumatic stress disorder, and they felt unappreciated for risking their lives in order to preserve our freedom. Many, too, had physical wounds. At that time, much of the country was anti-war, and soldiers were sometimes cast as “killers.”

Some years later, depression and suicide skyrocketed among Vietnam veterans. In context, although not at war, police officers feel the same way. The effect of an unappreciated, negative perception of police by society is in many ways similar to the Vietnam experience. This only adds to the stress of the job.

A solution to this societal problem is not close at hand. In my experience as an academic researcher who studies police health and stress, I can say that there is a paucity of work on the effect of present-day negative stereotyping of police officers. Thus, it is hard to know how current negative thinking about officers affects them and their ability to do their jobs.

We do know some things, however. Intervention needs to start at the police academy level, where education and training in how to deal with adverse traumatic situations is emphasized but should be emphasized more. Inoculation is a proven method to prepare for future stress. Psychological support and timely interventions also are important to help officers deal with stress and possible biological consequences in the occupation of policing.

My thought is that police organizations had better start to pay more attention to the psychological health of these men and women who serve. Negative public image, chronic stress, trauma and physical health outcomes can only exacerbate this situation.