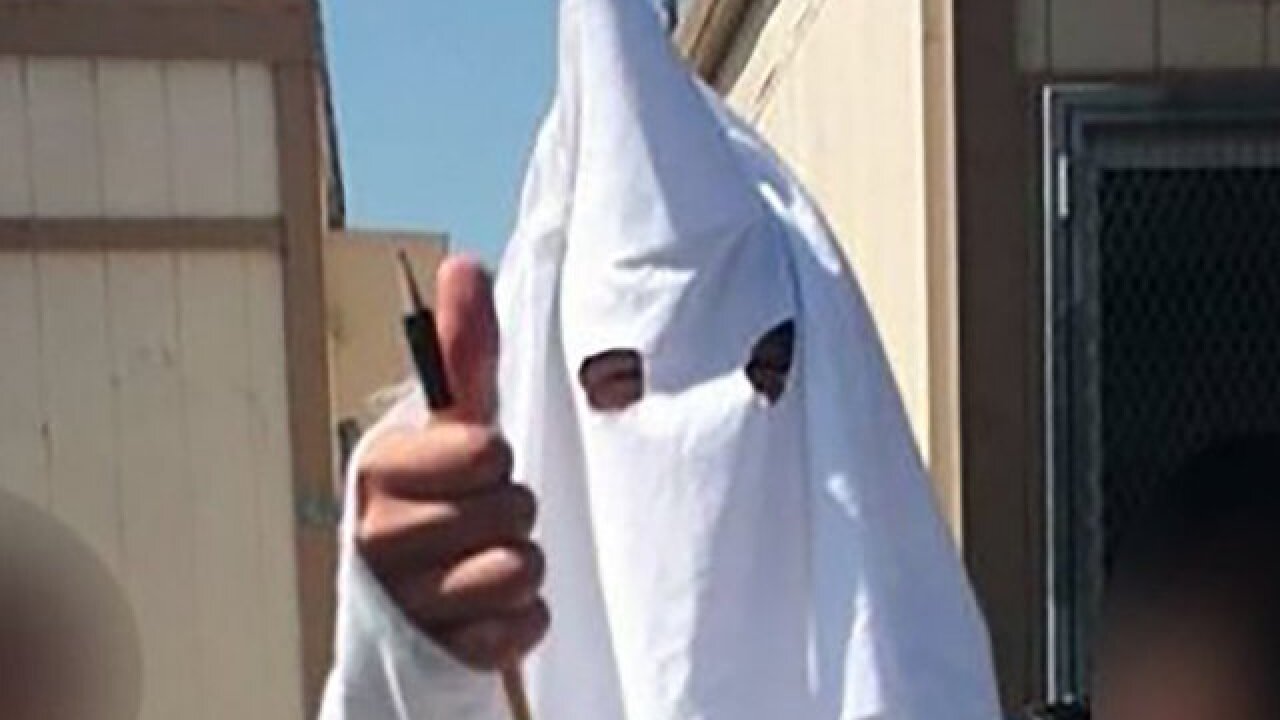 © 2018 Cable News Network, Inc.
From Twitter
<p>A student tweeted this photo of a classmate, who wore a Ku Klux Klan costume for a class project.</p>

A student who showed up to high school dressed as a Ku Klux Klansman did so as part of an assignment -- reportedly with advance approval from a teacher.

Still, the head-to-toe costume -- complete with infamous conical hood and a white, fabric mask with two holes for eyes -- sparked outrage when classmates saw the student outside a history class at Harbor Teacher Preparation Academy in Wilmington, California, then learned the outfit was teacher-sanctioned, CNN affiliate KABC reported.

"It kind of rattled me. It was hard to believe that (the teacher) would allow a Klansman to walk around from her approval. So, we asked her, and she ... compared the Klan to the Black Panther Party, which in my opinion are two different things," rising senior Trinity Young told KABC. "So yeah, it was troubling."

Another rising senior, Eliza Dumag, told the station, "I'm honestly questioning why she would think it was OK. I mean sure, he was a historical figure, but is that really a historical figure you want roaming around the school? It's not right."

She added, "It made me feel like unsafe and threatened."

The Los Angeles Unified School District is investigating the incident, a district spokeswoman told CNN in a statement that also called the costume "insensitive and highly inappropriate."

"L.A. Unified and Harbor Teacher Preparation Academy understand the extreme sensitivity around this issue and do not condone or support this type of re-enactment," the statement said. "The District and the school are committed to supporting diversity and fostering an environment to encourage student success.

"We sincerely apologize to the L.A. Unified community for this incident."

Harbor Teacher Preparation Academy did not respond immediately to CNN's request for comment.