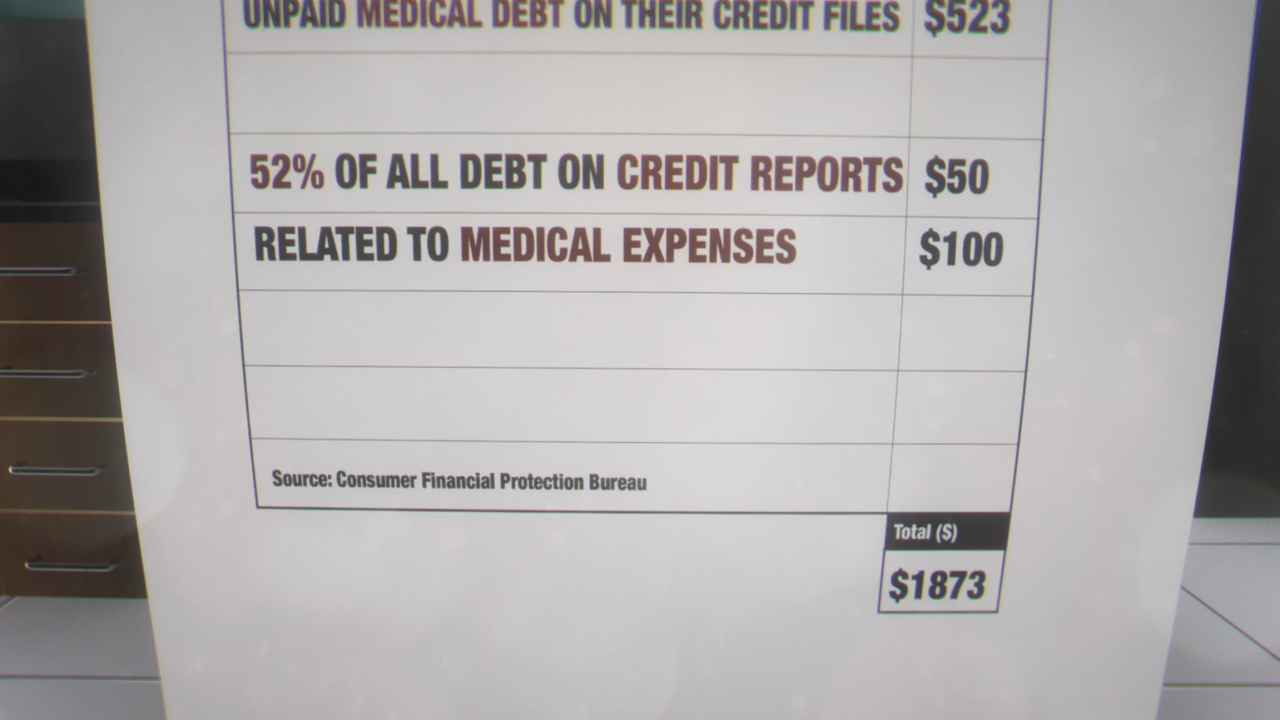 The Consumer Financial Protections Bureau reports 72 million Americans struggle to pay off medical debt, as of 2018. In fact, it’s one of the leading causes of bankruptcy in the U.S.

Michelle Farden’s daughter, Monica, was included in those statistics. Monica got a blood clot in 2014 and she didn’t have health insurance.

“The blood clot went to her heart and took her life,” Farden says.

The grieving mother wonders if her daughter’s mounting medical bills contributed to her passing.

One in 5 Americans are facing a burden of looming medical bills, according to the Consumer Financial Protections Bureau. Fifty-two percent of all debt in America is related to medical expenses.

“If a patient is so concerned about the cost that they’re going to skip treatment, they’re going to get sicker and that doesn’t help anybody,” David Fredricken, CEO of Patient Focus, a group that helps patients deal with medical debt that’s often unforeseen and unaffordable.

Fredricken says often times, a patient has no idea what they owe when they leave the hospital.

According to NerdWallet, there are some things you can do to help alleviate your medical debt, and the stress that comes along with it:

Farden wishes she could turn back time and have her daughter back, as she wonders how many other lives have been lost because someone was afraid to pay a bill.