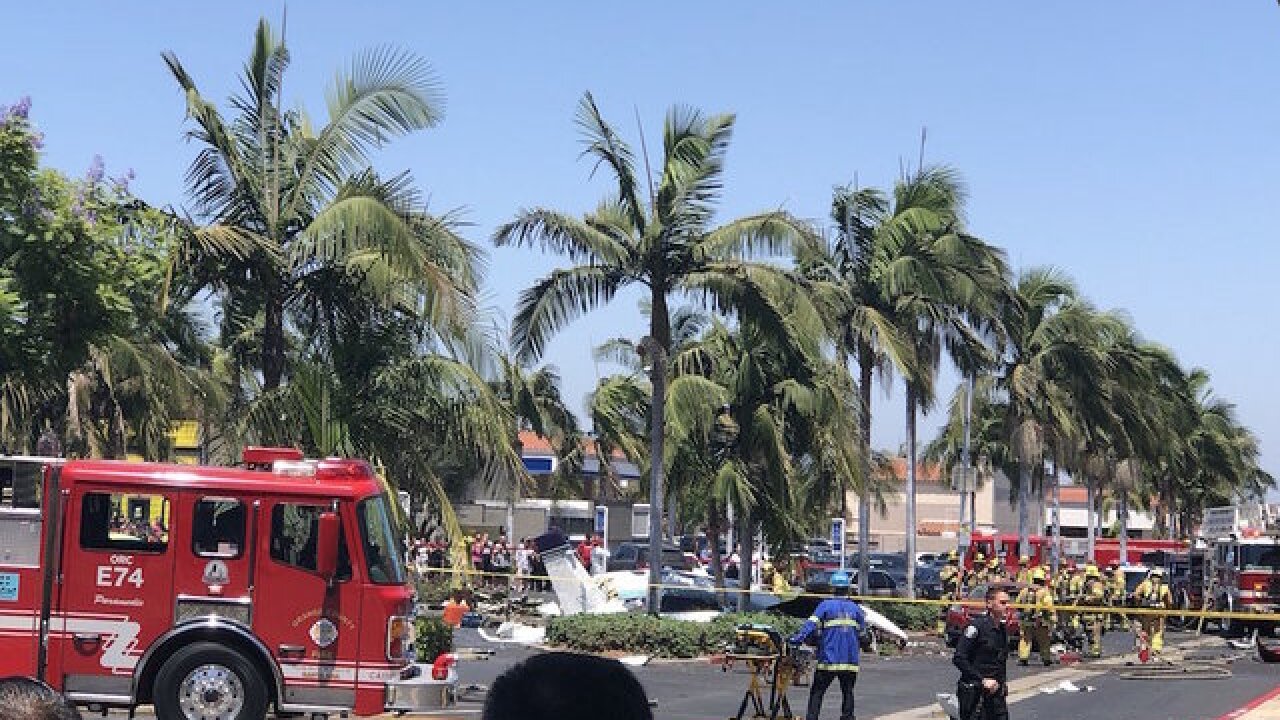 Five people died when a small plane crashed in a Southern California parking lot on Sunday, according to the Orange County Fire Authority.

There were no survivors on the airplane, he said.

The plane crashed just a block away from South Coast Plaza, a large mall. There were no injuries on the ground. The plane hit an unoccupied, parked vehicle on the ground, but the owner was in a store at the time of the crash, Bommarito said.

Fire authorities were called about the crash around 12:30 p.m. local time.

The Cessna 414 aircraft had declared an emergency before the incident, according to the Federal Aviation Administration. The agency will investigate and the National Transportation Safety Board will determine the cause of the accident, the FAA said in a tweet.