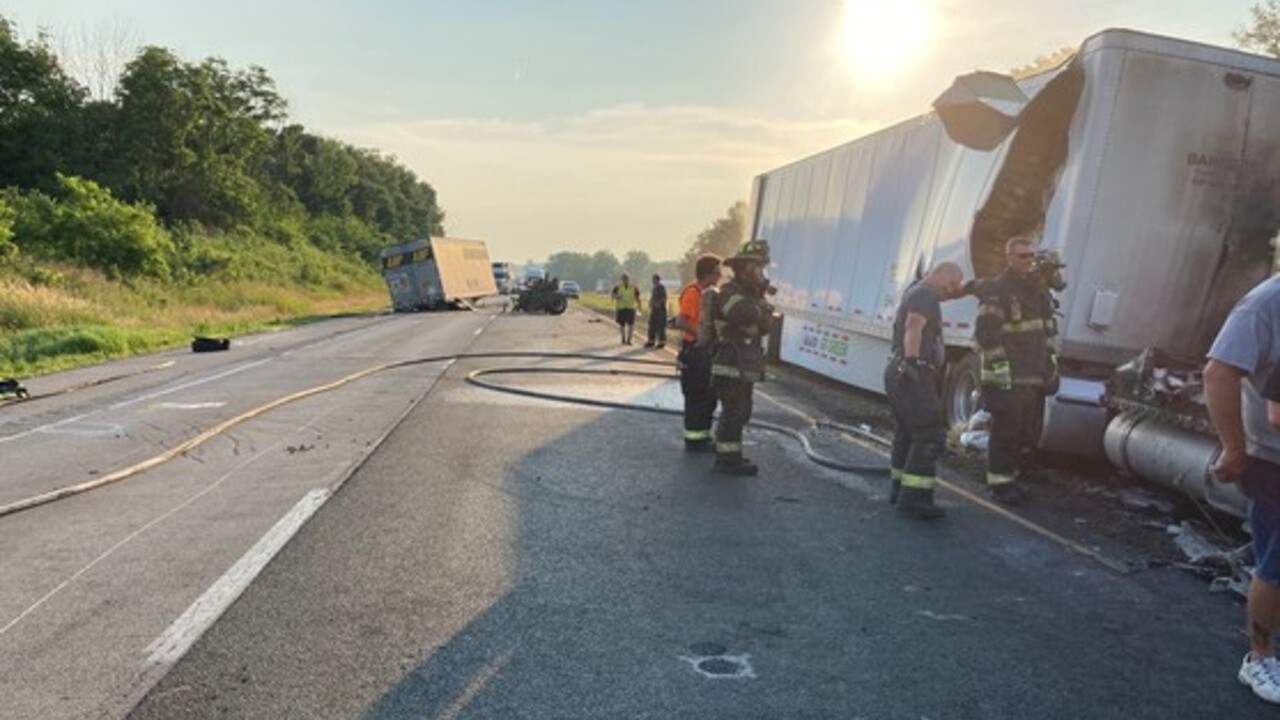 WAYNE COUNTY — Four children were killed when a semi struck a car that was slowing in a construction zone on an Indiana interstate Thursday evening.

It happened shortly after 5 p.m. on eastbound I-70 in Wayne County, about 70 miles east of Indianapolis.

According to Indiana State Police, troopers arrived to find a Chevrolet car and a semi pulling a box trailer both on fire, just west of a construction zone.

State police investigators believe the truck did not slow down when it came upon slowed traffic near the construction zone and slammed into the back of a car, pushing it into another semi.

Witnesses told the Wayne County Sheriff's Office that the driver of the semi that struck the car from behind was operating in an "erratic manner" prior to the crash. Investigators say evidence revealed that stopped traffic was not a contributing factor to the crash.

Preliminary toxicology reports indicated that the driver had multiple drugs in his system at the time of the crash. He was arrested and lodged into the Wayne County Jail on the following preliminary charges:

Indiana State Police say a passerby was able to pull the driver of the passenger car out of the vehicle, but none of his passengers.

State police say four children inside the vehicle were all pronounced dead at the scene. They have been identified as:

The driver of the passenger car, a 34-year-old man with a Kansas City, Missouri, address, was airlifted to Indianapolis where he was admitted to the burn unit in critical condition, according to the Wayne County Sheriff's Office.

The preliminary criminal investigation by the Wayne County Sheriff’s Office indicates that drugs were a contributing factor in causing the crash and that criminal charges are forthcoming.

I-70 eastbound remained closed nearly 12 hours and was reopened around 5 a.m. Friday morning.

This story was originally published by Katie Cox at WRTV.