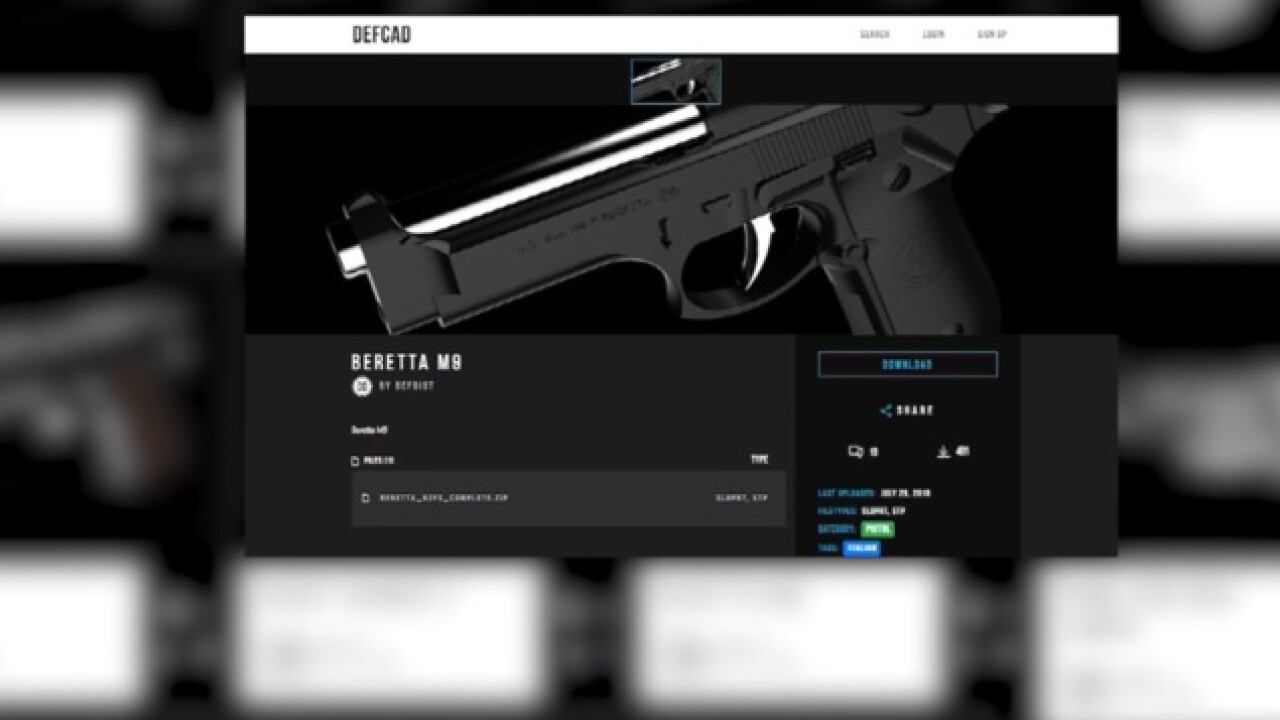 New technology could be the way guns are made, and you can use it right in your own home.

Starting this week, Americans can start legally downloading instructions on how to use a 3D printer to make their own gun. The guns cannot be traced and there’s no background check required.

“This is building a gun in your home by pressing a button, says David Chipman, a former ATF Special Agent and an advisor to the Giffords Law Center to Prevent Gun Violence. “That’s an entirely different thing from past technologies.”

Chipman says he worries about the future and 3D guns getting in the wrong hands.

“Although the threat might not be immediate, next month, five…10 years, it could really change the landscape on how criminals and terrorists get guns,” Chipman says.

But the NRA points out there are laws that prevent violent criminals from even having a gun.

“You have laws already on the books,” says NRA spokesperson Dana Loesch, while speaking on NRA TV. “If you are a prohibitive possessor, you can’t do any of these things.”

Gun rights advocates also argue it’s already legal to build your own gun at home, as long as you haven’t been convicted of a felony or domestic violence. With 3D printers costing thousands of dollars, in addition to material costs, it can be cheaper to buy a gun than making one.

The 3D gun issue is triggering a debate after the government recently reached a settlement with self-described anarchist Cody Wilson, the founder of Defense Distributed. The settlement allows Wilson to post and sell the plans for 3D guns starting Aug. 1.

In a last-minute scramble to stop it, several states including Pennsylvania, New Jersey and Washington have taken legal action.

Last week, a federal judge tossed out a motion from three national gun control groups, who were trying to stop blueprints of 3D guns to be posted and downloaded online.

Florida Sen. Bill Nelson’s office said he plans to introduce a bill in Congress this week that would prevent people from posting online instructions on how to program a 3D printer to make a gun.