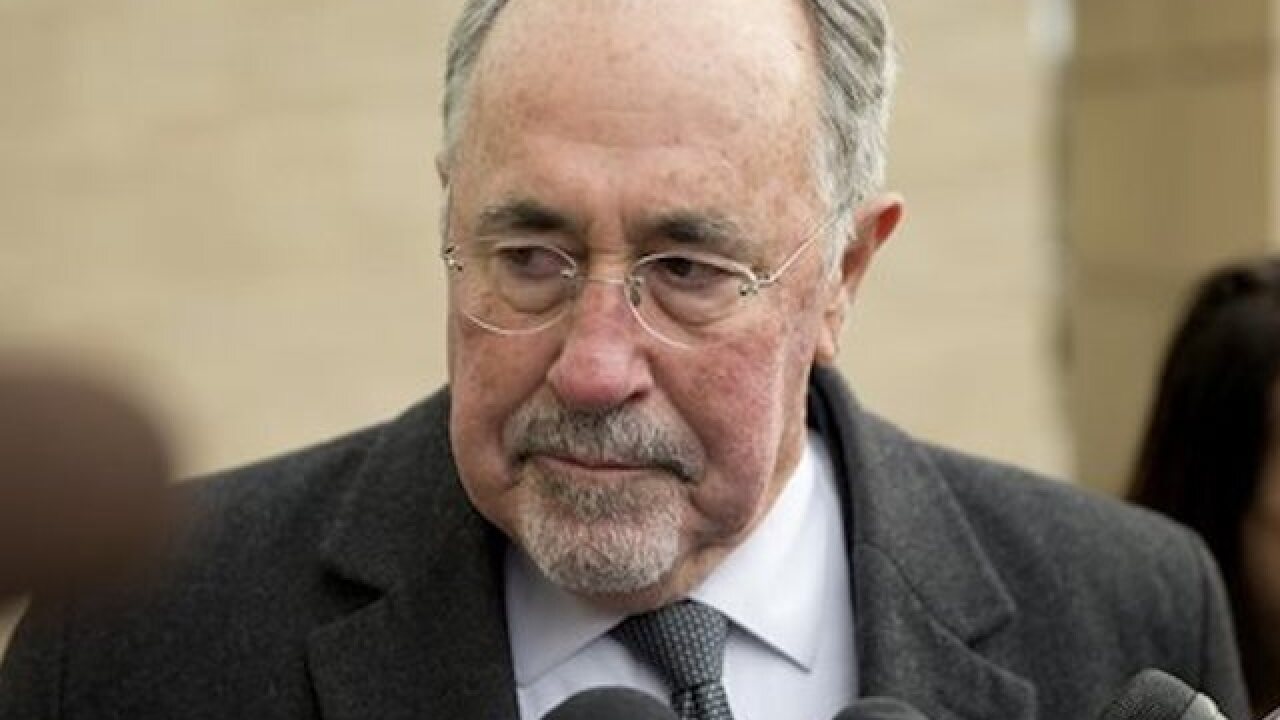 Copyright Associated Press
Matt Rourke
<p>In this Dec. 21, 2015, file photo, Pennsylvania Supreme Court Justice Michael Eakin arrives for a hearing about whether he should be suspended while a judicial ethics court decides if his email practices warrant discipline, at the Northampton County courthouse in Easton, Pa. Eakin's decision to step down was announced Tuesday, March 15, 2016, in a widening scandal over the exchange of raunchy and offensive emails among friends and lawyers. (AP Photo/Matt Rourke, File)</p>

HARRISBURG, Pa. (AP) — A second Pennsylvania Supreme Court justice resigned Tuesday in a widening scandal over raunchy and otherwise offensive emails that he and others exchanged with friends and lawyers.

Justice Michael Eakin's decision marks the latest fallout since embattled state Attorney General Kathleen Kane began releasing hundreds of emails in 2014 to the media and ethics agencies. Kane has since been indicted on perjury and other charges that she claims were trumped up because she took on the old boys' club of Pennsylvania law enforcement.

Justice Seamus McCaffery, a Democrat, abruptly retired after being suspended by the court for his role in swapping the emails. Eakin was cleared at that time, but in September, Kane reignited the investigation by releasing more exchanges that included photos of naked women, sexually suggestive themes, gender and socio-economic stereotypes, and content that was anti-gay and made light of violence toward women.

Eakin's lawyer, Bill Costopoulos, said at a news conference Tuesday that an ethics trial on charges related to the emails, which had been scheduled to start in two weeks, would not proceed.

"This is the only process I know of in America where you can be charged with sending emails to friends that were inappropriate and face the death penalty," Costopoulos said.

Eakin, 67, has been on the state Supreme Court since 2002. He's a Republican and former district attorney in Cumberland County, which includes Harrisburg's western suburbs.

During tearful testimony in December before a three-judge panel of the court, Eakin apologized for what he said he "allowed to happen," blaming news accounts for sensationalism and arguing his job performance hadn't been affected.

"Perhaps my demeanor is one of the boys," Eakin said on the stand. "But what I sent was to people who were also one of the boys. It was in the locker room. I allowed, I created something that could be released. Shame on me and it won't happen again."

Eakin used the pseudonym "John Smith" in a private email account he used to exchange the emails at issue. The Judicial Conduct Board, which investigates and prosecutes allegations of judicial misconduct, has said he sent or responded to offensive emails. He emailed a group of friends, including a deputy attorney general, about plans to visit a strip club in Myrtle Beach, South Carolina, using a vulgar term for women's breasts.

When Kane, a Democrat, turned over the new trove of emails in September, it was barely a week after Eakin voted with four other justices to suspend her law license. She argued the emails could violate court rules that require judges to act in a way that promotes public confidence in the judiciary and that prohibit them from acting in ways that would appear to undermine their independence, integrity and impartiality.

Kane's license was suspended a month after prosecutors in suburban Philadelphia charged her with perjury and other offenses for allegedly leaking secret grand jury material and lying about it. She is not seeking a second term this year, and her criminal trial is scheduled for August.

The exchange of explicit and pornographic emails by state prosecutors was uncovered as part of Kane's internal review of how the office handled the case of Jerry Sandusky, the former Penn State assistant football coach now serving a lengthy prison sentence after being convicted in 2012 of 45 counts of child sexual abuse.

Eakin's private emails were discovered on the servers of the attorney general's office because he had exchanged them with at least one of the office's employees.

His resignation leaves the seven-member Supreme Court with five Democrats, one Republican and one vacancy. A replacement would be nominated by Democratic Gov. Tom Wolf and require two-thirds confirmation by the Republican-controlled Senate.