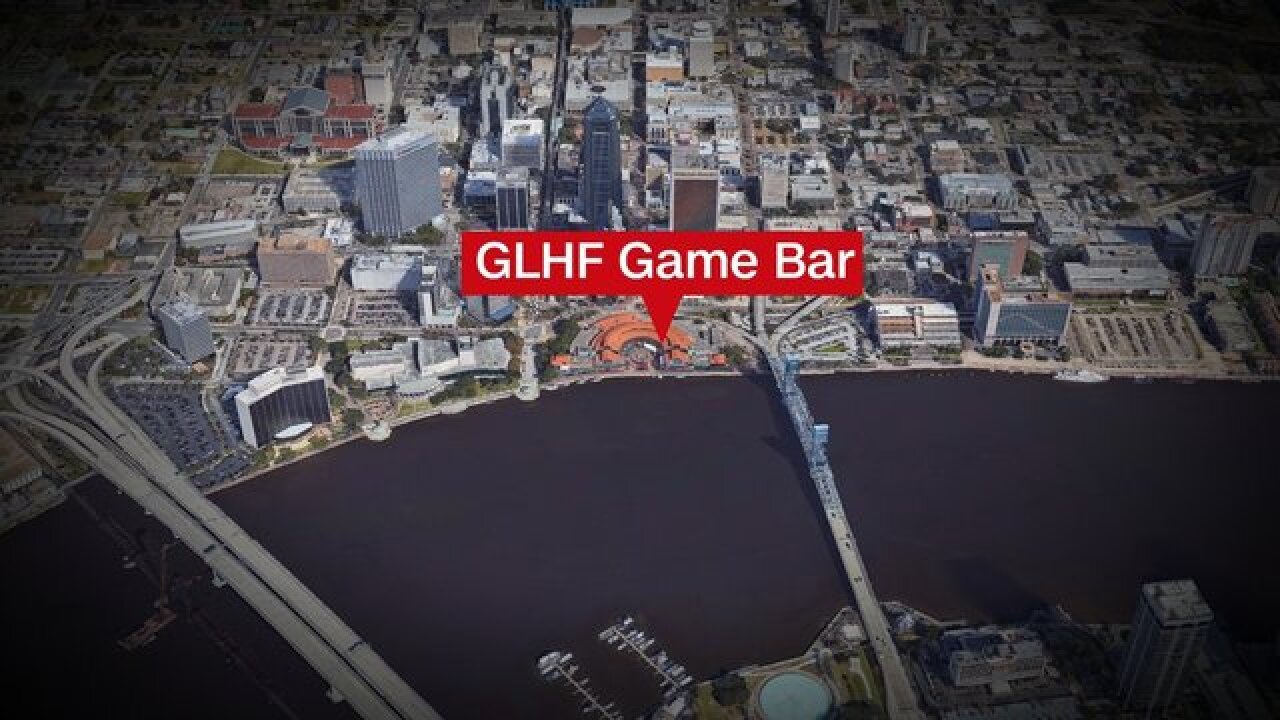 Copyright 2018 Scripps Media, Inc. All rights reserved. This material may not be published, broadcast, rewritten, or redistributed.
CNN
A shooting occurred during the Madden 19 Tournament at the GLHF Game Bar in Jacksonville, Florida, according to CompLexity Gaming, one of the event organizers, Twitter page. 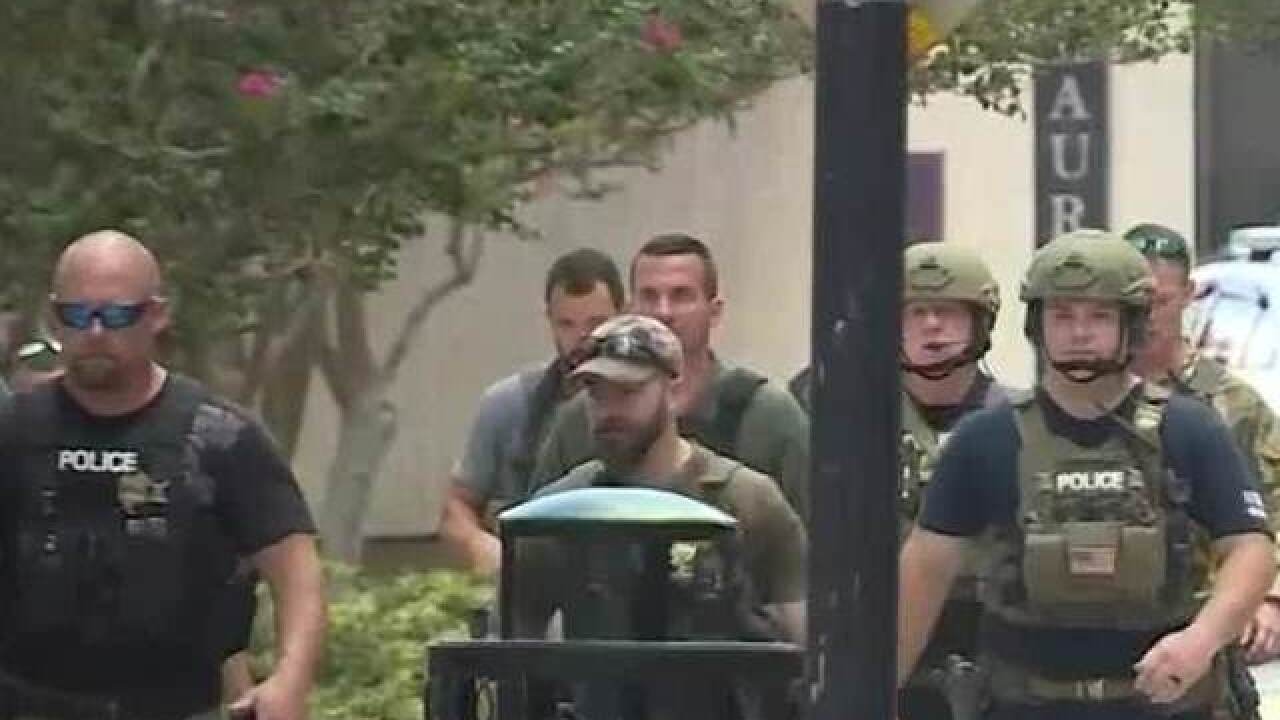 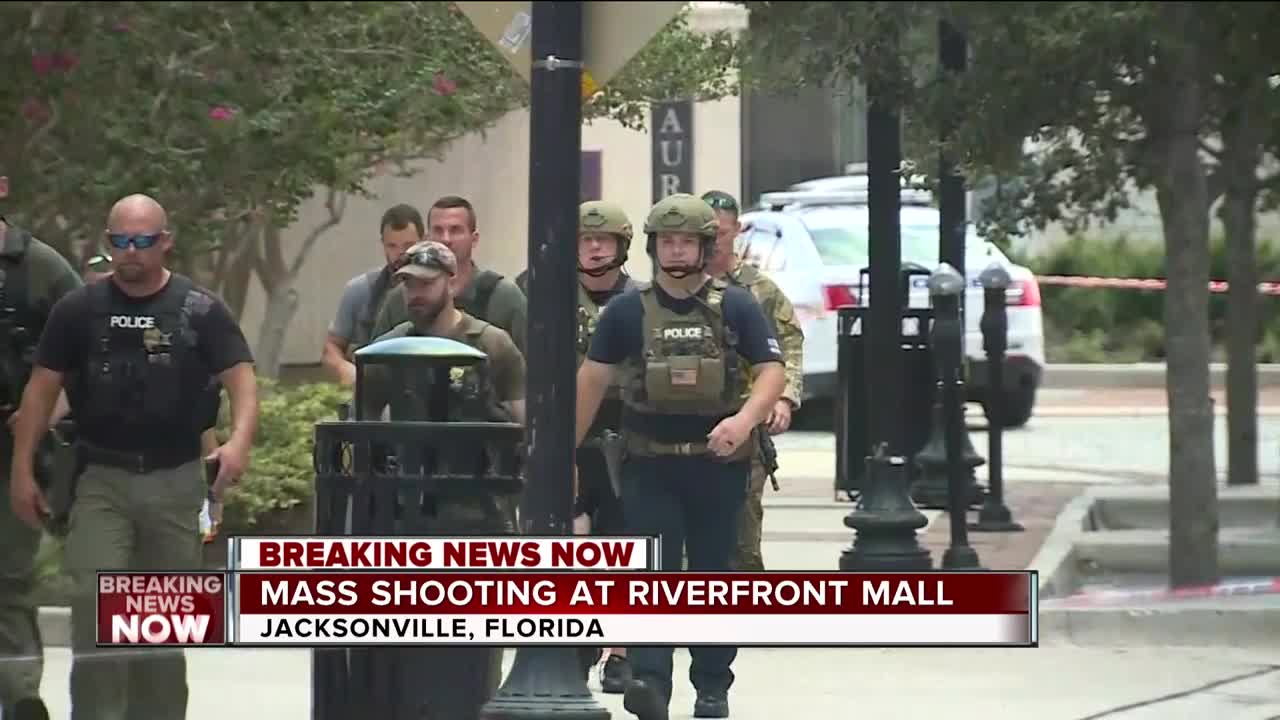 (CNN) -- Multiple people were killed in a shooting during a video game tournament at a shopping and dining complex in downtown Jacksonville, Florida, the Jacksonville Sheriff's Office said Sunday afternoon.

Preliminary reports say 11 people were shot, four of them fatally, at the Jacksonville Landing, according to a law enforcement official briefed on the incident.

One suspect, identified only as a white man, is dead at the scene, Sheriff Mike Williams said at a news conference, adding that there were no outstanding suspects. The Sheriff's Office said on Twitter there were "multiple" fatalities and "many" transported to hospitals.

The shooting occurred at the Jacksonville Landing complex during a qualifying event for the Madden 19 Tournament at the GLHF Game Bar, according to the Twitter of CompLexity Gaming, one of the gaming teams. The Landing is an open-air marketplace with stores, bars and restaurants in downtown Jacksonville along the St. Johns River.

Mass shooting at the Jacksonville Landing. Stay far away from the area. The area is not safe at this time. STAY AWAY #TheLandingMassShooting

We can’t stress enough to stay away. Many blocks away. https://t.co/qBJvkaO7xT

One suspect is dead at the scene, unknown at this time if we have a second suspect. Searches are being conducted. https://t.co/qBJvkaO7xT

We are finding many people hiding in locked areas at The Landing. We ask you to stay calm, stay where you are hiding. SWAT is doing a methodical search inside The Landing. We will get to you. Please don’t come running out. #TheLandingMassShooting https://t.co/qBJvkaO7xT

**IMPORTANT** If you are hiding in The Landing. Call 911 so we can get to you. #TheLandingMassShooting https://t.co/qBJvkaO7xT

At least three people injured in the shooting were transported to Memorial Hospital and all are in stable condition, hospital spokesperson Pete Moberg said. One person is being treated for a minor injury at Baptist Medical Center, spokesperson Cindy Hamilton said.

At least three patients were shot once, and three were shot more than once, UF Health said.

On an online stream of the Madden event posted to the website Twitch, several loud gunshots can be heard and the game abruptly stops.

After several gunshots, people scream and one person cries out, "Oh f**, what'd he shoot me with?" The stream did not show the shooting.

The event was the Southeastern Qualifier for the Madden NFL Championship Series for Madden NFL 19, according to the bar's Facebook page.

"This is your chance to earn your spot in the first Major's Live Finals happening in October 2018. Don't hesitate to secure your spot," the post read in part.

'I'm still shocked'
Ryan Alemon, who came from Texas to participate in the gaming tournament, said he ducked down and ran toward the restroom when he heard the gunshots. He stayed there for about 10 minutes and then ran from the scene.

"I'm still shocked, I can hardly talk," he said.

Sheriff Williams said the area had been cleared of witnesses and asked that people do not come downtown because of the size of the crime scene.

Malik Brunson said he was at a nearby Hooters restaurant when the shooting occurred.

"All I heard was he got a gun and the shooting started. One of the man ran into Hooters with the shot wounds, they locked us in the restaurant," he said in a social media message.

CompLexity Gaming Founder and CEO Jason Lake said one of their gamers, a 19-year-old who goes by Drini, was shot in the thumb but managed to escape and is going to be fine. Lake told CNN that the shooting may make the growing eSports industry reconsider security at events.

"To have someone walk into an event like this that's all about good sportsmanship and teamwork and just good vibes, and do something like this, it's heartbreaking," he said. "I think the eSports industry as a whole is going to have to step back and take a look at further strengthening our security."