'How could this happen again?' Why this Catholic abuse scandal seems worse than 2002 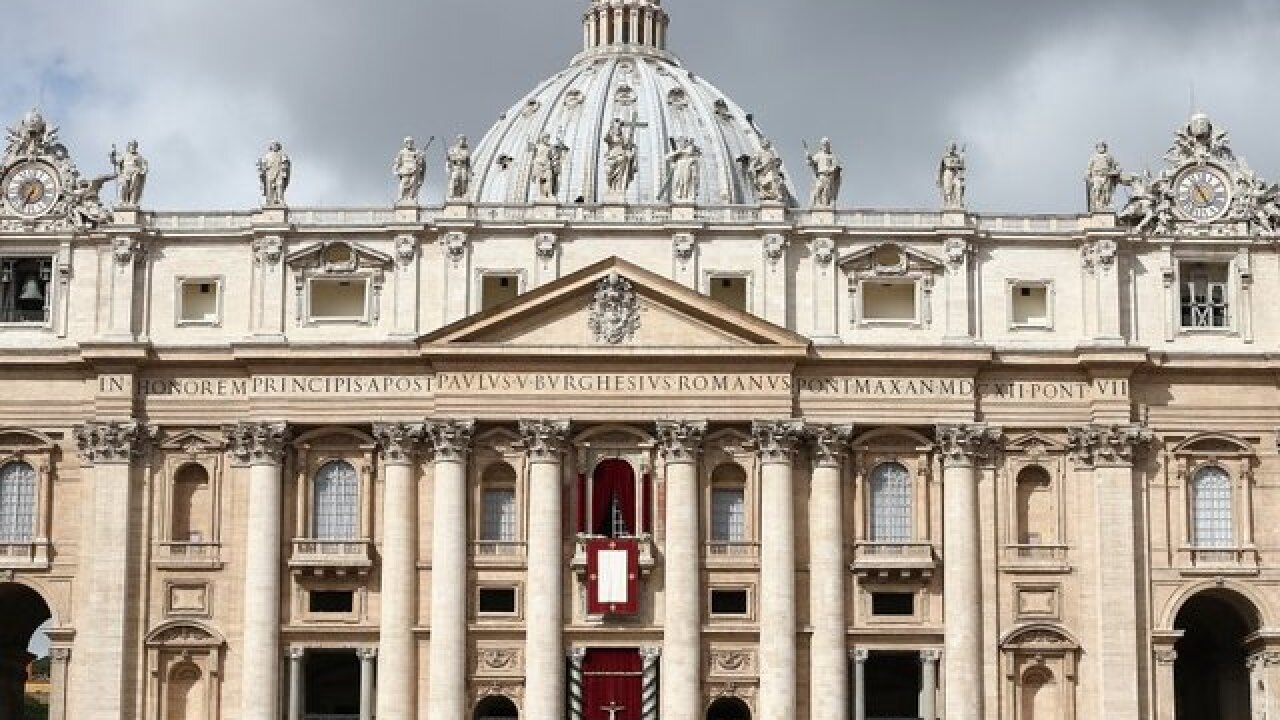 This is how bad things are in the Catholic Church right now: The Pope's top adviser on clergy sexual abuse canceled a trip to Ireland for a papal event because he has to investigate sexual misconduct in his own seminary.

And Cardinal Sean O'Malley of Boston, president of the Pontifical Commission for the Protection of Minors, isn't alone. Cardinal Donald Wuerl of Washington, another key papal ally embroiled in the sex abuse crisis, has also canceled his appearance at next week's World Meeting of Families, a spokesman told CNN.

Consider the litany of recent incidents in the Catholic Church:

• Catholic bishops have launched investigations into sexual misconduct in seminaries in Boston, Nebraska and Philadelphia.

• The former archbishop of Washington resigned from the College of Cardinals after accusations that he molested seminarians and an altar boy.

• A Catholic bishop in Australia was convicted by a civil court of covering up abuse, and the Vatican has accepted the resignations of six bishops from Latin America after church investigations.

• An Associated Press investigation found evidence that priests and bishops around the world have abused Catholic nuns and sisters for decades.

• Next week, the Pope plans to travel to Ireland, where the former president, in an interview with The Irish Times, recently accused a top Vatican official of pressuring her to "protect" incriminating church documents from civil authorities in 2003. The Vatican has declined to comment on the allegation.

But none of the above compares to the stomach-turning, nearly 900-page grand jury report unveiled Tuesday in Pennsylvania.

The report, two years in the making, revealed shocking accusations: More than 1,000 children had been abused by 300 Catholic "predator priests" in six Pennsylvania dioceses during the past 70 years.
The report also said some church leaders covered up the crimes, shuffling priests from rehab centers to parishes, giving no notice to parents or civil authorities.

The state's attorney general called it the largest investigation ever by a US government into the Catholic Church. The president of the US Conference of Catholic Bishops called it a "moral catastrophe."

"I know that many of you are asking," Cardinal Blase Cupich wrote to Catholics in his Chicago archdiocese Friday, "how could this be happening again?"

If the Catholic sexual abuse scandal that came to light in 2002 slowly unspooled through news reports, Pennsylvania's grand jury report landed like an atom bomb, dropping its online horrors all at once. With some redactions, the report was readily available for everyone to read and share: the accusations of sexual deviance, shameless lies and deceitful churchmen.

"What we have now is people freely expressing their outrage on Facebook and Twitter," said Greg Kandra, a Catholic deacon in Brooklyn, New York. "The anger is palpable. This is like 2002 on steroids."

The details in the grand jury report are so disturbing -- one section describes a gang of pedophile priests who marked their child victims with crucifixes -- that some Catholics said they now fear raising their children in the church.

Many are also calling for bishops and other church leaders to be finally held accountable.

All of the bishops and most of the priests named in the report escaped punishment.

They were allowed to resign or quietly retire. Some were given recommendations for other jobs, including one at Disney World. Because of extensive coverups, the statute of limitations had run out on most of the crimes, the grand jury said. Only two priests were charged with crimes as a result of the investigation.

"The bishops' first reaction was to say that things look bad, but they did all we could," said Paula Kane, chair of Catholic Studies at the University of Pittsburgh.

"But lay people aren't buying that. The trust between the church's hierarchy and the people in the pews has been destroyed."

This week, as the Catholic mood in the United States has shifted from shock and grief to outrage, an increasing number of Catholics are calling on the church to clean house, starting with the bishops.

Friday, Catholic theologians, scholars and lay leaders began circulating a petition urging all 271 active bishops in the United States to step down.

As of Saturday, it had more than 1,000 signatures, representing a small fraction of the 68.5 million Catholics in the United States.

"Today, we call on the Catholic Bishops of the United States to prayerfully and genuinely consider submitting to Pope Francis their collective resignation as a public act of repentance and lamentation before God and God's People," the petition said.

Bishop-sized loophole
After the 2002 Catholic sexual abuse scandal, the US Conference of Catholic Bishops adopted new policies. They pledged to report priests accused of abuse promptly to police, include lay experts in abuse investigations and adopt "safe environment" training in their dioceses.

"By finding almost no cases after 2002, the grand jury's conclusions are consistent with previous studies showing that Catholic Church reforms in the United States drastically reduced the incidence of clergy child abuse," Greg Burke, director of the Vatican's press office, said Thursday.

Burke also called the accusations in the grand jury report "criminal and morally reprehensible."
But some Catholics say the bishops' policies have a bishop-sized loophole, as evidenced by the case of Archbishop Theodore McCarrick.

McCarrick, who resigned from the College of Cardinals on July 28, apparently rose to the top of the church's ranks even though there were persistent rumors about his behavior with young men, including seminarians in his dioceses. McCarrick has denied the accusation about the altar boy and has not commented on the other allegations.

Two New Jersey dioceses where he was a bishop -- Metuchen and Newark -- have acknowledged paying settlements to men who accused McCarrick of abuse. The dioceses have refused to divulge the years of the settlements.

Cardinal Daniel DiNardo, president of the US Conference of Catholic Bishops, announced Thursday that he will ask the Vatican to conduct an "apostolic visitation," church-speak for an investigation, into McCarrick, and what church leaders knew about his behavior.

DiNardo also said the bishops' conference is working on a plan to make misconduct and abuse by bishops easier to report and resolve. Both of those steps would take approval from the Vatican. Under church law, only the Pope can discipline or remove bishops.

Some Catholics say they are wary of bishops trying to police each other, saying such a system could be rife with conflicts of interest.

"I'm not so sure it should be up to the bishops to make recommendations or suggest solutions," said Kurt Martens, a canon law expert at The Catholic University of America in Washington.

"The credibility of the bishops is not that high," Martens said, "and I am saying that charitably."
What comes next?

Next week, the Pope plans to travel to Ireland, a country that suffered through its own appalling clergy sex abuse scandal in 2009. He is widely expected to meet with victims, perhaps privately, and may also publicly address the Pennsylvania grand jury report in some way.

American Catholics are increasingly skeptical of how the Pope is handling sex abuse in the church, according to the Pew Research Center. Less than half say he is doing a "excellent" or even "good" job on the issue, according to a survey taken in January, before the most recent scandals.

Some say the recent scandals are cause for the church to rethink its stance on the all-male and mostly unmarried priesthood. (The Roman Catholic Church currently ordains married men in rare occasions.)

The Pope has said the "door is closed" on ordaining female priests, but has said he is open to discussing the possibility of married priests in places where there is a shortage of clergy.

But the meeting to discuss that possibility won't take place until October 2019. Many Catholics are looking for action now.

In May, all of Chile's 31 active bishops were called to Rome for an emergency summit after a Vatican investigator looked into a clergy sex abuse scandal in that country. All 31 offered their resignations, and the Vatican eventually accepted five of them.

Experts say it would be impractical for all 271 of the active bishops in the United States to travel to Rome and meet with the Pope, and even more impractical to ask all of them to resign, though Francis could summon just the former and current bishops from Pennsylvania.

It's also possible that the Vatican quickly greenlights the US bishops' proposals to provide for greater oversight of bishops, even though that idea is often unpopular in Rome. (A papal proposal in 2015 for a church tribunal to judge bishops was quietly scotched.)

For centuries, Catholic bishops have had near-total control in their dioceses, with little oversight from anyone save the Pope, said Kane, the Pittsburgh University scholar.

"That old model is still in place," she said.

But the pressure is building on the bishops to change quickly.

Cardinal DiNardo, the president of the US Catholic bishops' conference, said he plans to travel to Rome to present his plan and "urge further concrete steps based on them."

He and other Catholic leaders say they don't have much time to repair public trust in the church.

"The clock is ticking for all of us in church leadership," said Cardinal O'Malley of Boston, the Pope's top adviser on sexual abuse.

"Catholics have lost patience with us and civil society has lost confidence in us."

Meanwhile, officials in Pennsylvania said their investigation is not over. State Attorney General Josh Shapiro said his office's hotline and email accounts for abuse survivors have "lit up" with more than 150 calls since the grand jury report was published.

"That's the only way I see something happening," she told National Catholic Reporter