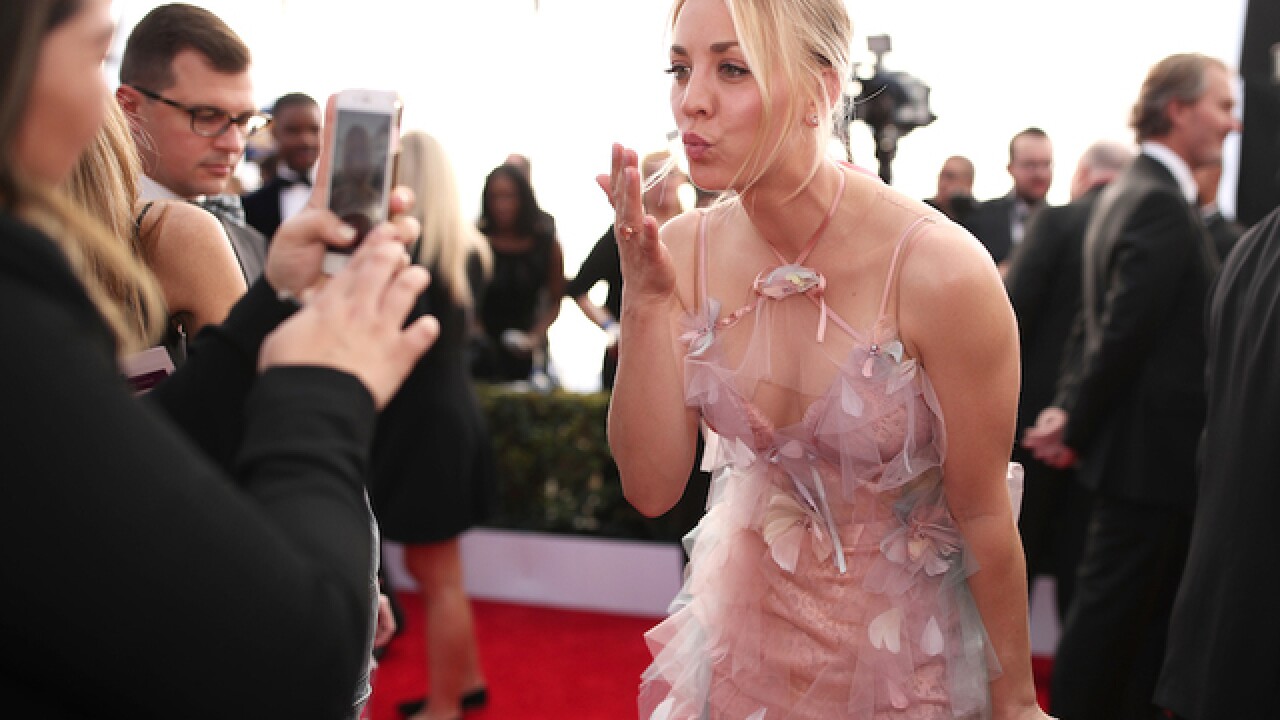 "Big Bang Theory" star Kaley Cuoco had a big reaction her engagement, and it was all caught on video by her new husband-to-be.

Equestrian Karl Cook proposed to Cuoco, 32, on Thursday and promptly posted footage of the actress's tearful acceptance on Instagram.

"This is the best night of my life," Cook wrote on in a caption accompanying the video.

Cuoco later reposted the video on her own account saying, "every part of this night has been perfection."

Cuoco and Cook have been dating for nearly two years.

This will be Cuoco's second marriage.

She was previously married to tennis player Ryan Sweeting for three years.

Cuoco has starred on CBS's hit comedy "The Big Bang Theory" for 11 seasons.