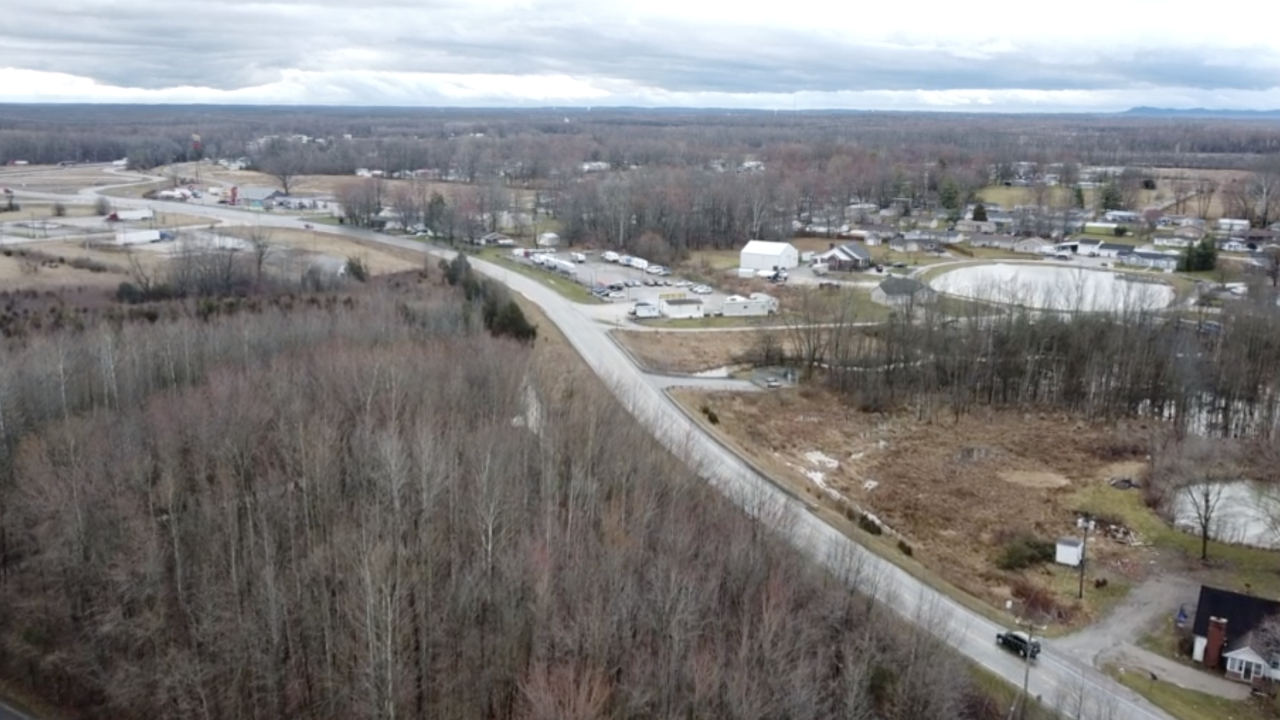 For many of us, the word “outbreak” has taken a more personal meaning this year.
For the people of Austin, Indiana, it’s not the first time they’ve dealt with an outbreak.

By 2015, the opioid crisis had ravaged Howard’s hometown for years. People became hooked on painkillers and often used needles to take them. The same syringes would be passed from person to person.

Dr. William Cooke arrived in Austin in 2004. Back then, he was the town’s only doctor. In fact, he was the town’s first doctor in a generation. He says he saw several issues in the southern Indiana community, including people’s health to poverty.

As the opioid crisis started to wrap its grip across parts of the country, Dr. Cooke says he started to see another health issue spread in the community, starting around 2010.

“What we saw was a really quick in dramatic rise in Hepatitis C around that time,” Dr. Cooke said. “Any community that has a high Hepatitis C rate is at high risk for an HIV outbreak.”

By 2015, the opioid crisis had ravaged the city for years.

“Opiates were my devil,” Howard recalled.

Howard says his mom convinced him one day to go get tested, after he says he had shared a needle with his cousin.

His test revealed he was positive for HIV.

“I thought I was dead. I thought it was a death sentence,” Howard said.

He wasn’t alone with testing positive for HIV in Austin.

Austin had become home to one of the largest HIV outbreaks in rural America ever.

“It took a few months, but eventually, he signed the executive order allowing us to operate syringe service programs here,” Cooke said.

That program, access to addiction recovery services and powerful HIV medicine has led to a dramatic drop in new cases.

In 2015, Scott County, Indiana had 157 new HIV cases. In 2019, the county had only five, according to the Indiana Department of Health.

"The medications today are powerful enough and well tolerated enough that you should not spread the disease to anyone else and you should never worry about dying from HIV,” Dr. Cooke said.

Dr. Cooke says Austin is still working to overcome some of the social challenges he found when he first arrived in the community in 2004.

It’s been five years after the largest HIV outbreak in Indiana history. Like many communities across the world, this one is now dealing with the impacts of COVID-19.

Nurse Jessica Howard is a proud native of Austin. She’s seen the challenges her community has faced over the years. She also sees the good in Austin, pointing to a local church pantry providing food and clothes to those in need.

Jessica Howard in charge of coronavirus testing at Dr. Cooke’s office. She grew up in Austin and knows many of the patients that come through the door.

As of early July, Scott County has not seen a large amount of coronavirus cases like other parts of the country, but the nurse worries about her patients that struggle with addiction who are now in quarantine and could relapse.

"These are people these are our people and we have to take care of them and protect them,” she said.

Austin has come a long way from where it was in 2015, when HIV spread through a large part of the community.

As for Howard, he says medication has made it so HIV is no longer detectable in his blood.

He now travels as a musician and points to music as a source of strength that helped him through the darkest of times.

“I fought and clawed my way out of a dark place,” Howard said.

His fighting spirit is one this small Indiana city has used to battle through crisis before.

“We’ve been through a healthcare disaster before,” Dr. Cooke said. “And there is a light on at the end of a tunnel.”

It’s a mindset Dr. Cooke says we need now, as we all fight this new crisis of a coronavirus pandemic.