Hospitals across the U.S. are implementing new measures to reduce the maternal mortality rate. 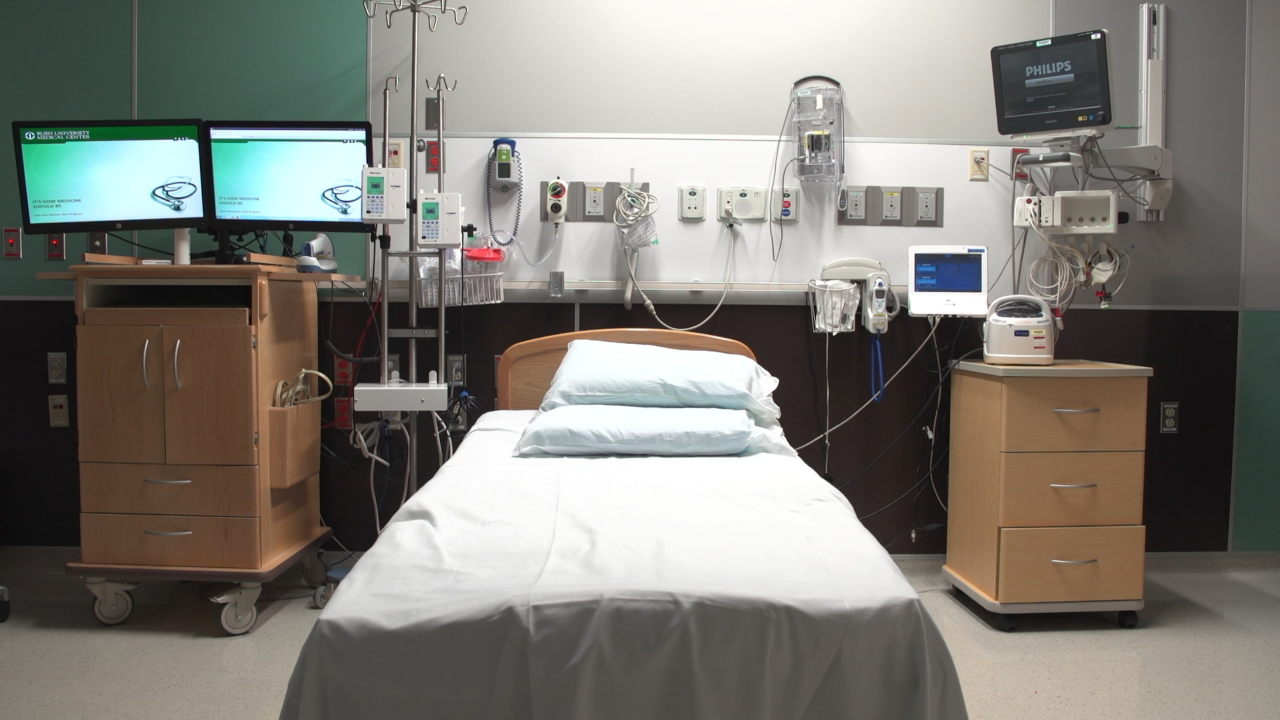 The statistics around maternal mortality in the United States are startling. America has the highest maternal mortality rate out of any developed country in the world. Today, a woman in the U.S. is 50 percent more likely to die from giving birth to a child than her mother was, and if you are a woman of color you are 3 to 4 times more likely than that.

At Rush University Hospital in Chicago, neonatal intensive care nurse and educator Christie Lawrence has dealt with maternal mortality both professionally and personally.

“My cousin, Chante, she was a young healthy mother, 18 years old,” Lawrence says. “Actually, she had no risk factors that we knew of.”

Ten years ago, Lawrence was at work when her cousin went into labor at another hospital.

“I received a call to say, ‘Chante is in labor, we are going to have a baby today.’ Then, a couple of hours later, a turn of events,” she recalls. “Her mom is screaming, ‘I need you to get here quick! Something has gone terribly wrong.’”

The healthy 18-year-old mom suddenly went into cardiac arrest while giving birth to her son, and she died.

“It was very shocking, very shocking for my family to see that whole turn of events,” said Lawrence. “We were expecting everything to be normal.”

Her cousin’s death was caused by medication that was administered to her the wrong way.

When Chante went in labor, she was a first-time mom and had no access to transportation to the hospital, so an ambulance was called. The ambulance took her to a hospital that was different than the one she had been going to for care during her pregnancy. Lawrence believes that may have played into the quality of care her cousin received, and ultimately, the mistake that was made at the hospital. It all led to the death of Lawrence’s cousin, which she says was fully preventable.

Unfortunately, Chante’s case isn’t unique. These kinds of mistakes are happening at an alarming rate across the country. According to a Center for Disease Control report published this year, 60 percent of all pregnancy-related deaths in this country are fully preventable.

Hospitals and healthcare providers around the country are working to implement new procedures to reduce the maternal mortality rate.

At Rush University, for example, it’s trying a new program that checks up on babies and new moms just three weeks after leaving the hospital. Typically, in the past, doctors recommended a three-week check-up that focused on the newborn. But with this new program called Rush Family Connect, a nurse will go to the parent’s home and give equal attention to mom. The hope is that any post-pregnancy complication can be caught early, since the top causes of maternal mortality are actually post-delivery complications.

Additionally, this year, the Joint Commission has issued a new mandate and standard. By July 1, 2020, all hospitals must have life-saving medications immediately available and must plan rapid release of blood supplies for transfusions. Doctors and nurses at hospital maternity units must have training drills responding to a hemorrhage crisis, which is one of the top cases for fatal deliveries.

While hospitals and healthcare providers work to reduce the dangers mothers are facing, Lawrence believes mother have some power over their outcomes.

It’s advice Lawrence wishes she could go back in time and tell her cousin.