Protester with sign taken out of Trump-Putin news conference 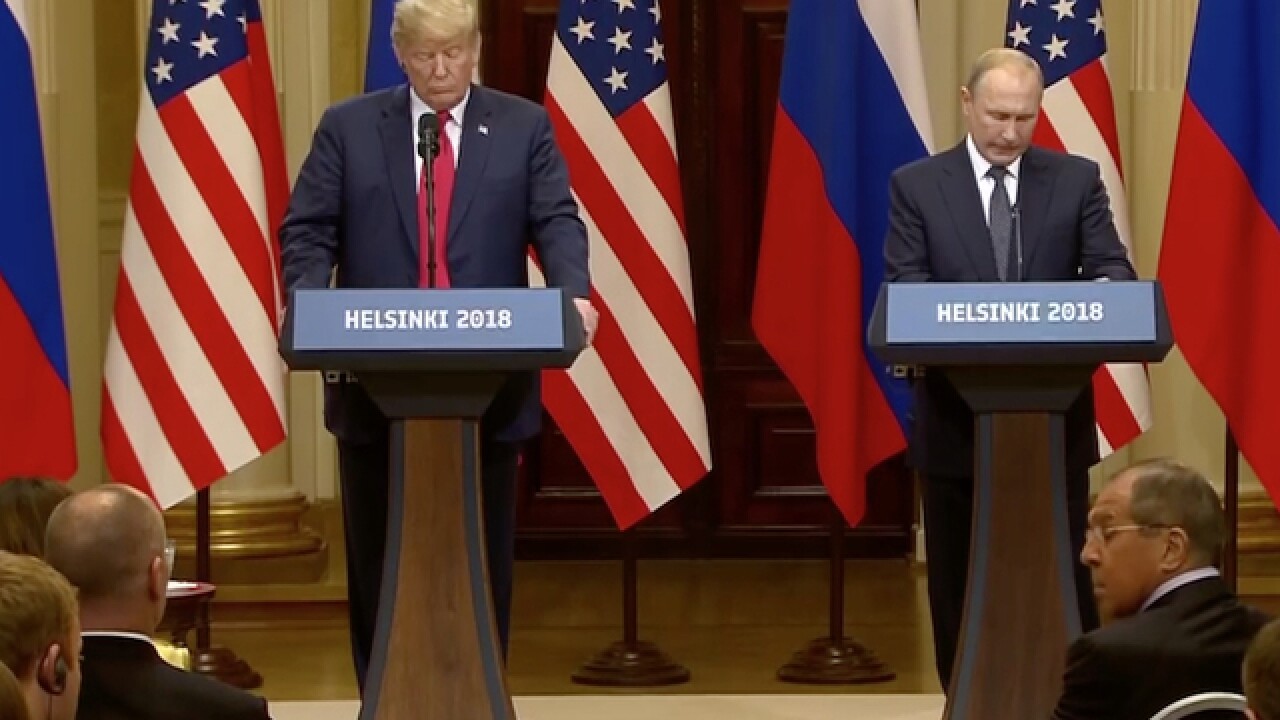 HELSINKI, Finland — A man was hauled out by others from U.S. President Donald Trump and Russian President Vladimir Putin's news conference on Monday before they were in the room.

The protester, who has not been identified, had a sign that appears to read "Nuclear Weapon Ban Treaty".

This is the sign the protester was carrying at the Trump Putin summit. It read “nuclear weapons ban treaty.” pic.twitter.com/XRjnzoYaEX

Putin and Trump took questions from reporters after they met behind closed doors for a two-hour meeting, which included translators. During the news conference, Putin again denied that Russia waged an influence campaign in support of Donald Trump during the 2016 presidential election. Putin's denial is in conflict with the findings with the US intelligence community.

Today's meeting happened at the Finnish presidential palace in Helsinki. Previous U.S. presidents have met with their Russian and Soviet counterparts at that location.