Calls between Cohen and White House being monitored, report says 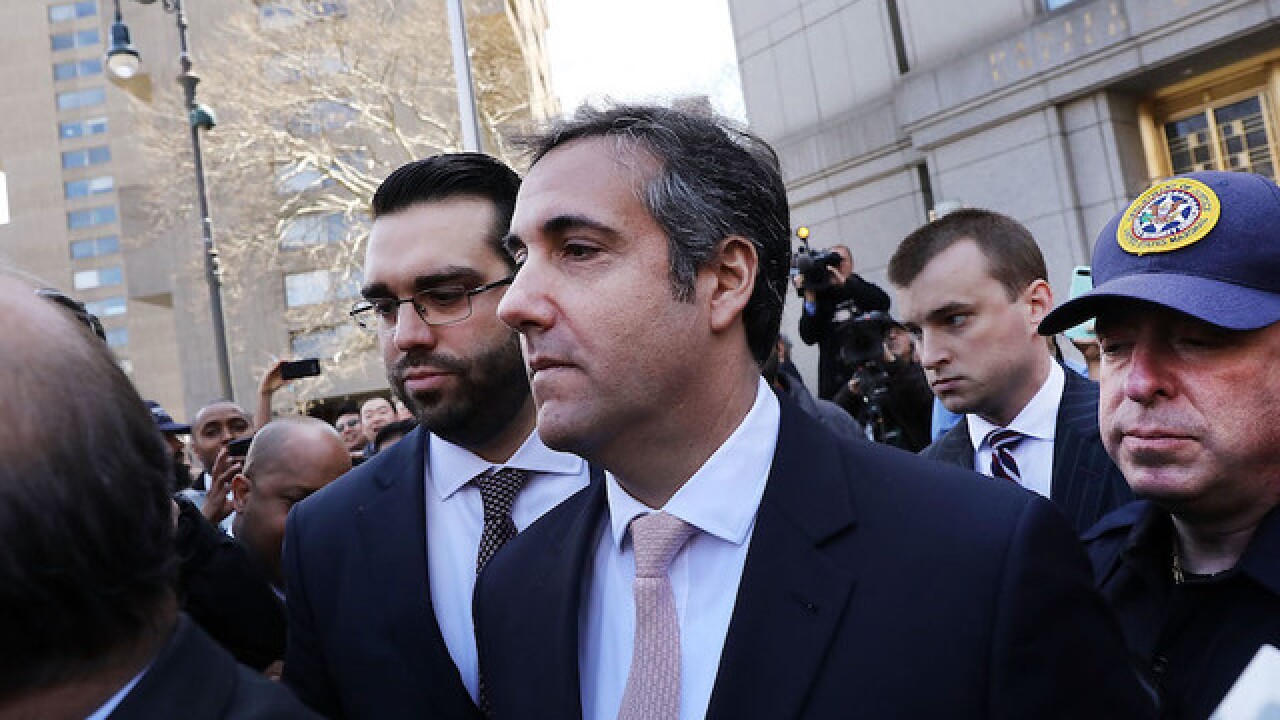 Phone calls between President Donald Trump's personal attorney, Michael Cohen, and the White House are being monitored by the Federal Bureau of Investigations, according to a report.

The report says the phone monitoring was approved by a judge weeks prior to the April 9 raid on Cohen's house in New York City. In the raid, authorities seized files related to the alleged payment Cohen made to Stormy Daniels for $130,000.

The money was allegedly to pay her to keep quiet about the affair she says she and Trump had in 2006.

An earlier report said Cohen's phones had been wire-tapped, but that was found to be false.