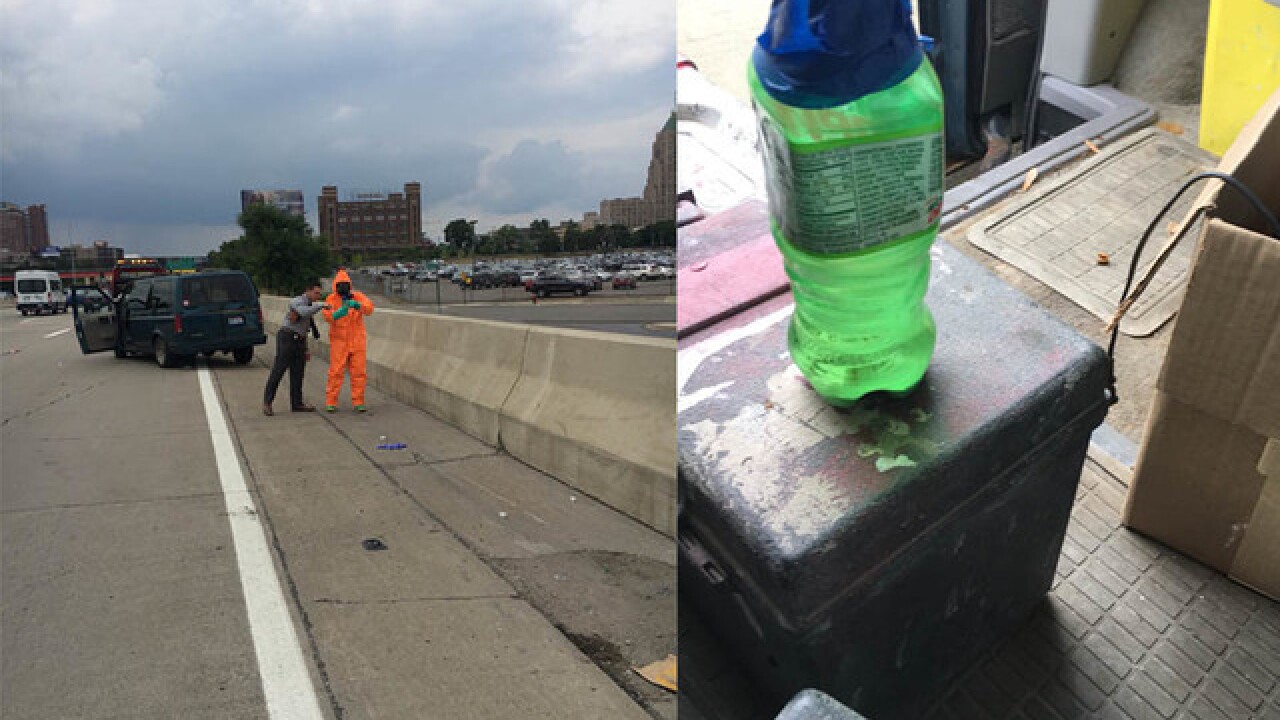 A man was found unconscious from an apparent overdose on I-94 in Detroit as officers uncovered a meth lab inside his vehicle.

Troopers from the Michigan State Police Metro South Post responded to the scene at M-10 and I-94 at 4:10 p.m. on Monday. The man was found unconscious and slumped over the wheel of a blue GMC van.

Officers also found a one-pot meth lab in the van.

NARCAN was given to the man on the scene. He was then transported to a local hospital where he was listed as brain dead.

According to an MSP tweet, officers with the MSP Meth Lab response team recovered the contents of the lab from the van, which were no longer active, and disposed of it.

.Troopers administered NARCAN on the scene and he was transported to a local hospital, however he is determined to be brain dead. Members of the MSP Meth Lab response team were able to recover the cook from the van and dispose of it. It was no longer active in these photos pic.twitter.com/Y8tMMai38c