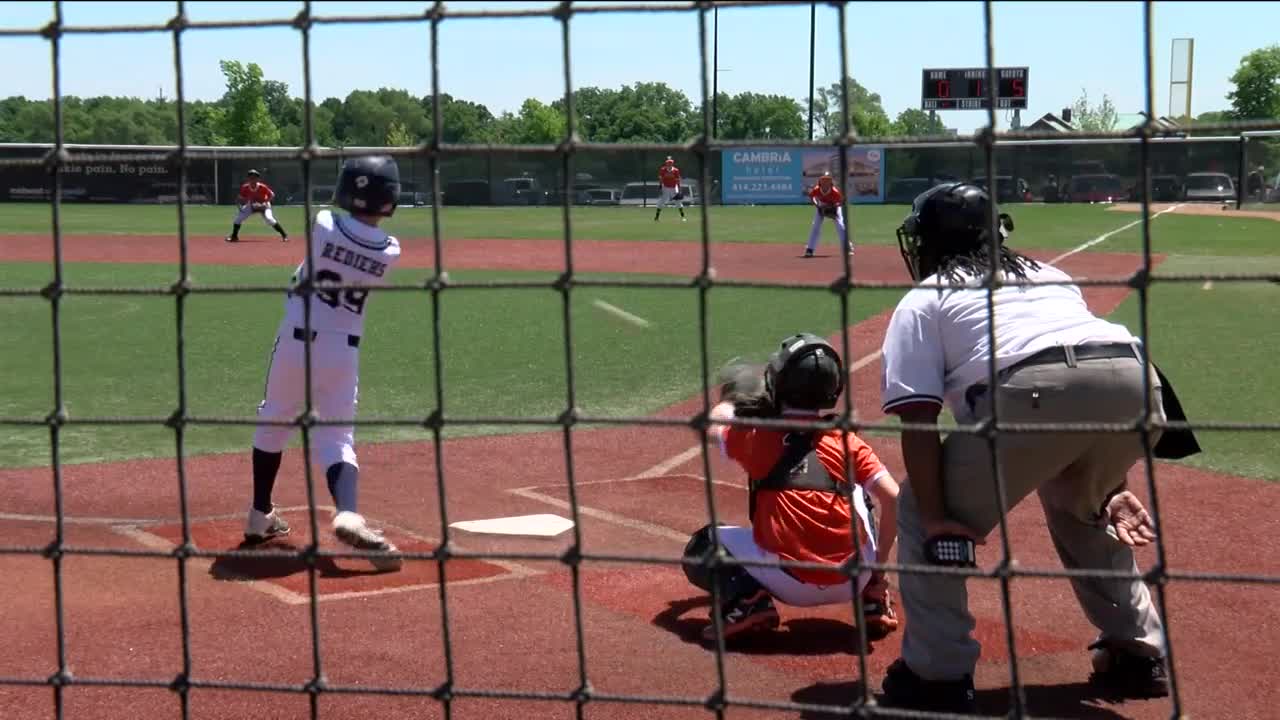 Even though high school sports have all but ground to a halt, youth baseball is still going this summer. This is how they have been able tos tay safe and continue playing ball.

Youth baseball this summer, in a different form.

"Rightfully so, a lot of nervous parents about how this was going to happen," Rock Ventures CEO Mike Zimmerman said.

"A lot of social distancing the first two days. Everybody was really responsible. But then as things progressed? We had to remind people of our policies. But now, it feels like we're kind of back to normal."

"We're trying to stress the fact that there is some things that we just gotta pay attention to, just from a safety perspective," Lamont Lightning 11-U Head Coach Guy Sulzberger said.

"And we're carrying around these spray bottles with gel and hand sanitizer that's you know, a new piece of equipment that usually (is) not part of the bag, right?" Sulzberger said.

"We used to do the baseballs, switch them up. But we now push a lot of that on the team because what we found is you know, each team has a little bit of specific desire," Zimmerman said.

The Rock in Franklin has hosted tournaments since June. With protocols to keep kids safe, healthy, and active.

"Wiping the equipment down and like passing out hand sanitizer? We're trying to keep the parents kind of thinking about that, so the kids can think about playing baseball, right?" Sulzberger said.

"This is a unique complex. It's a 170 acres," Zimmerman said. "Nestled next to Whitnall Park. It's got great sight lines. And you know, when there's baseball going on? Especially like a time, like in COVID? It's just, as we were talking about the sounds, it's awesome to hear."

The weather this summer has been nearly ideal. It's why we live here and put up with the winters, they say.

"I mean we've explained all these rules and social distancing and masks and hand sanitizer," Sulzberger says. "I think for right now? We're trying to make sure the kids are doing the basics. And you know, it's great to be up here in Wisconsin, where you know I think the threat is a little different, than where we're from in the Chicagoland area."

"We're fortunate because are business is outdoors. So the risk compared to other businesses that operate indoors? Is a lot, lot lower," Zimmerman said.

And when safe? These coaches and parents say let the kids play.