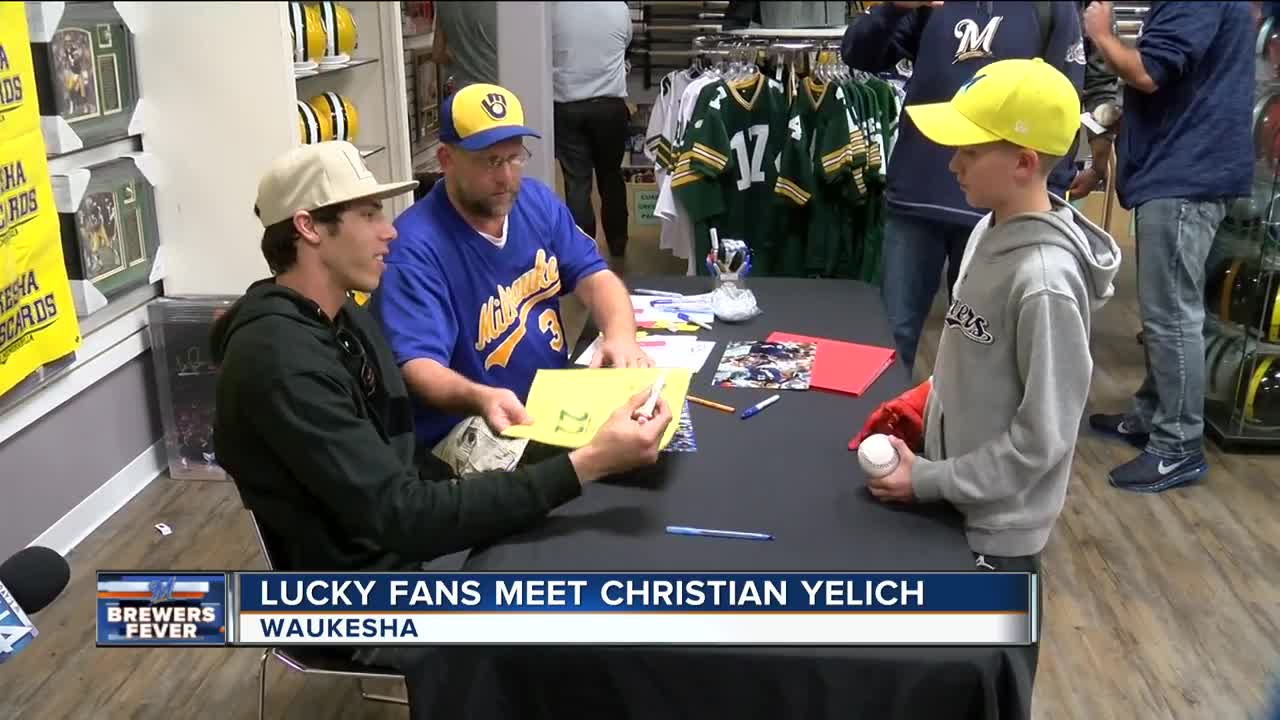 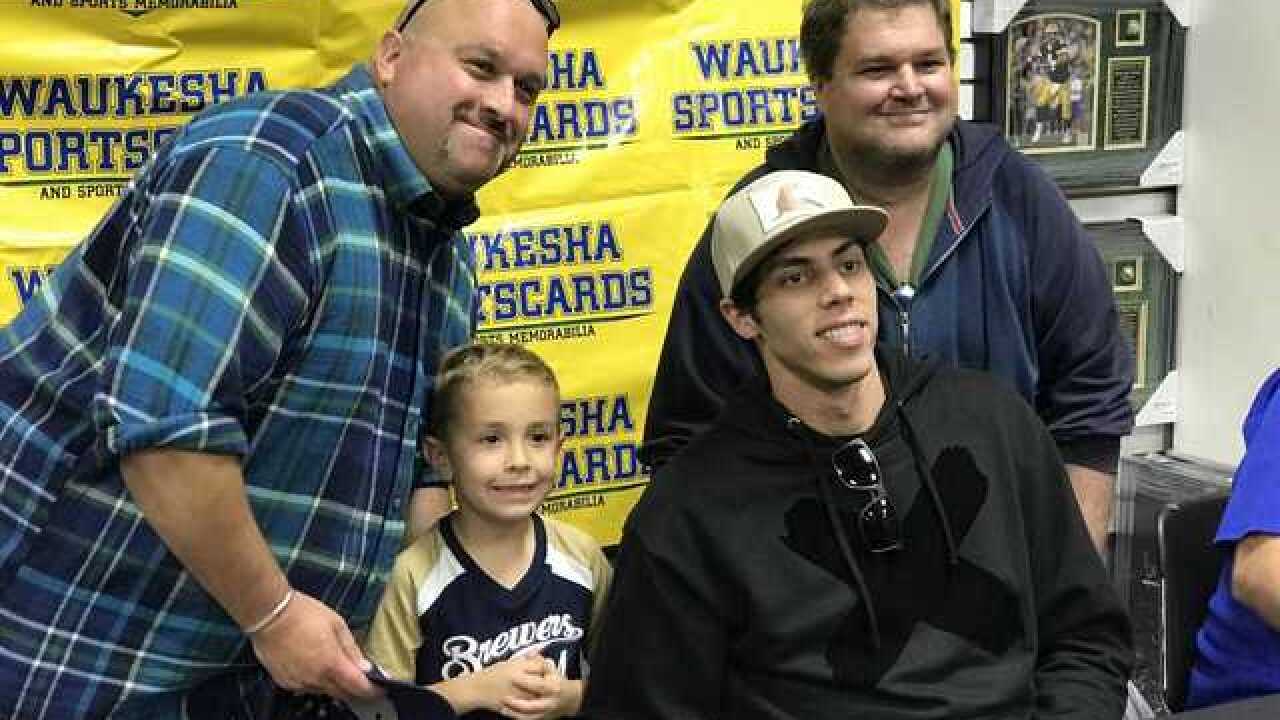 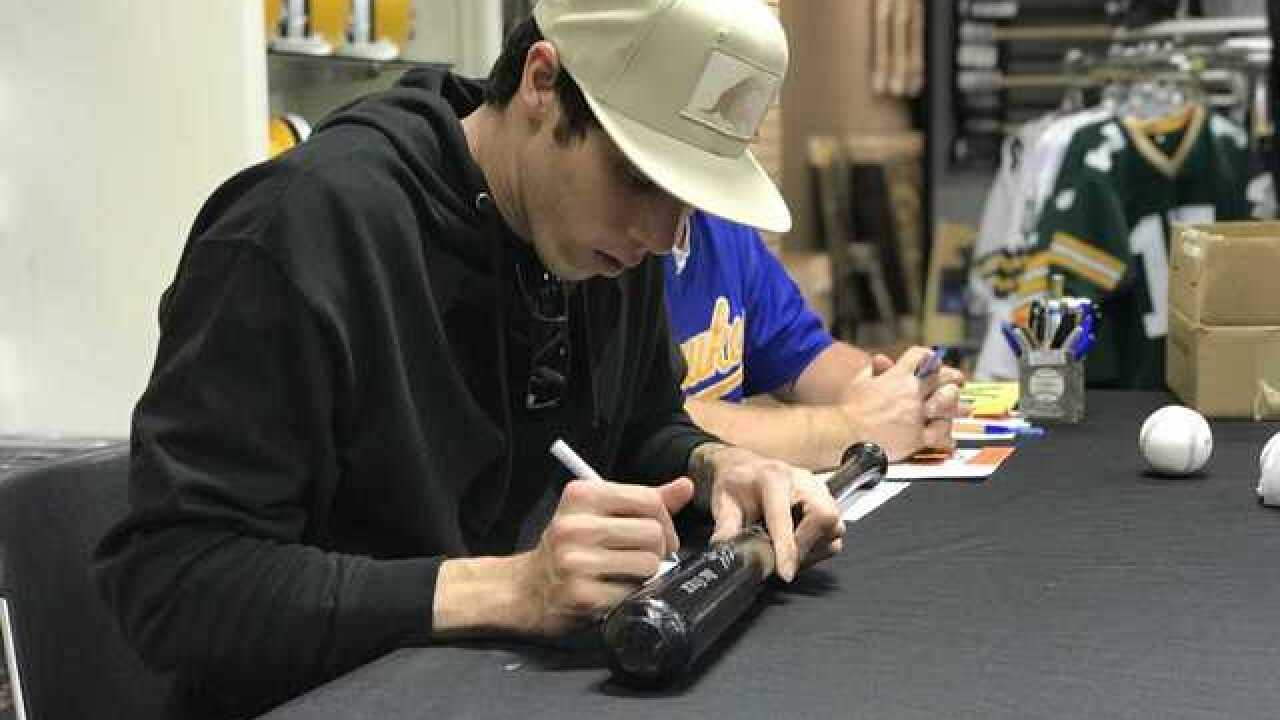 Fans immediately started chanting "MVP" when he walked in the door.

"He's my favorite player in baseball by far," said 11-year-old Max Wheeler from Madison. "He's just so awesome hitting 30 bombs and 100 plus RBI."

Wheeler has been a fan of Yelich even before he was traded to the Brewers. Wheeler showed us a glove that Yelich tossed to him when he was playing for the Miami Marlins.

"I really wanted this to be our year so I’m really excited for the Brewers to make it to the postseason," said Wheeler.

Many fans got up bright and early to grab some postseason gear at Miller Park. Tyler Ledzian surprised his girlfriend Sarah Martinez with a new t-shirt before they got in line to meet Yelich.

"I'm like dying right now, I'm so nervous," said Martinez. "I made him something to give him. It's kinda like a card me on it and it has a bunch of facts on the back."

Waukesha Sportscards announced the Yelich signing about two weeks ago and sold out within 72 hours.

They will hold another signing with Brewers players Josh Hader and Brent Suter. More information can be found here.