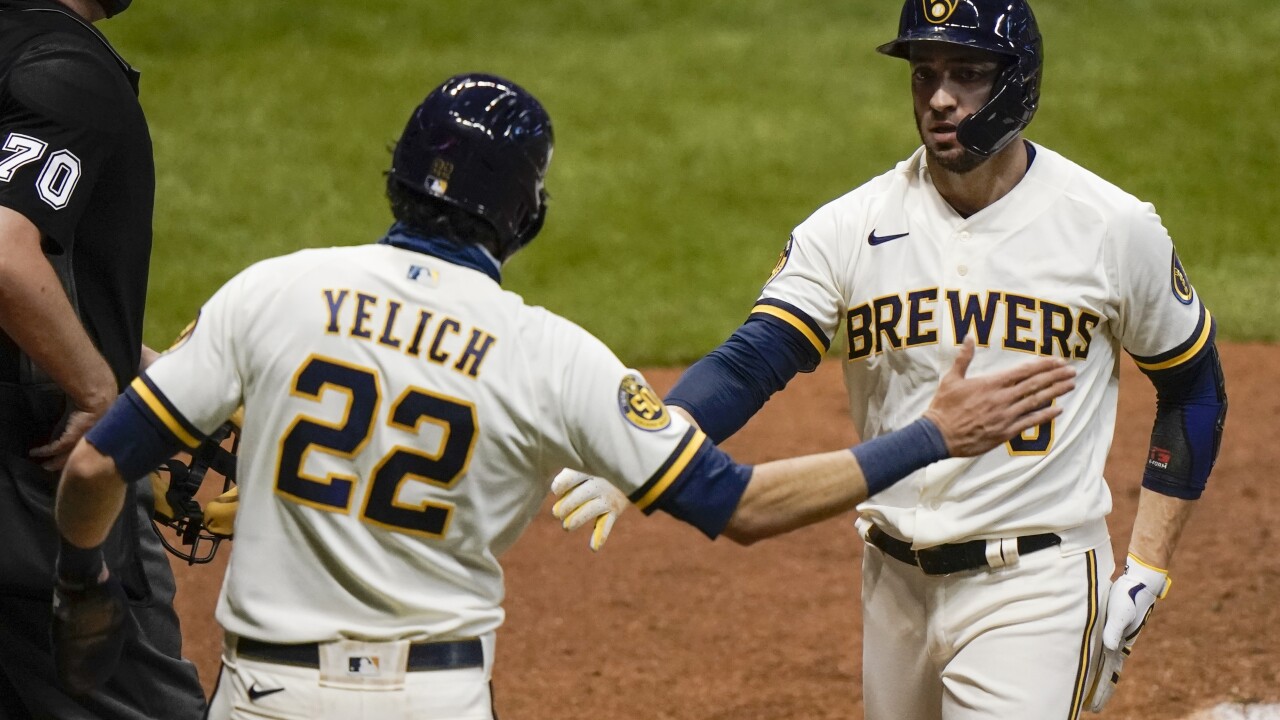 Morry Gash/AP
Milwaukee Brewers' Christian Yelich and Ryan Braun celebrate after scoring on a hit by Daniel Vogelbach during the third inning of a baseball game against the St. Louis Cardinals Tuesday, Sept. 15, 2020, in Milwaukee. (AP Photo/Morry Gash)

MILWAUKEE (AP) — Christian Yelich broke out of his slump with a home run and three hits, Ryan Braun also went deep and the Milwaukee Brewers romped to an 18-3 win over the St. Louis Cardinals on Tuesday night.

Keston Hiura and Daniel Vogelbach also homered for the Brewers. Well after the game was out of hand, both managers were ejected following a catcher’s interference call on Yadier Molina that led to a tense confrontation in front of the Brewers’ dugout.

Milwaukee jumped on St. Louis early, a night after the teams combined for only eight runs in splitting a doubleheader in which both games went to extra innings.