The man says he was "overwhelmed and stunned" 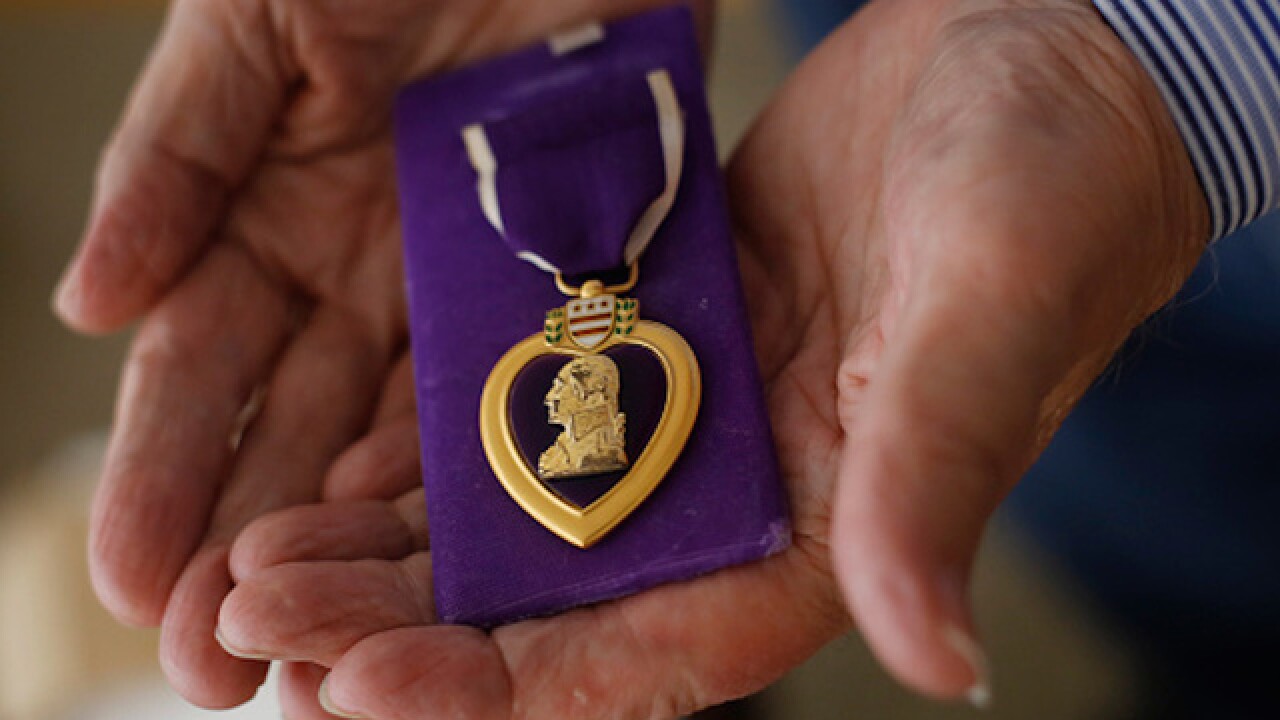 Copyright Getty Images
Portland Press Herald
<p>PORTLAND, ME - NOVEMBER 9: John Whitney holds the Purple Heart given in honor of his older brother, Private First Class Thomas Whitney, who went missing during World War II, at his home in Portland on Monday, Nov. 9, 2015. John Whitney is submitting his DNA to the Department of Defense next week in hopes that if remains are ever found, they will be properly identified. (Photo by Derek Davis/Portland Press Herald via Getty Images).</p>

CHIPPEWA FALLS, Wis. (AP) -- A World War II veteran who spent more than a year as a prisoner of war is finally being awarded the Purple Heart.

Max Bergen will receive the medal Friday, The Leader-Telegram reported. The 94-year-old Wisconsin man says he's overwhelmed and stunned by the honor.

"I don't know if words can accurately describe how I feel," he said. "It took a long time for it to sink in. I didn't realize it would mean so much to me, but it does. I'm just grateful for all the work done for me."

Bergen was serving on an Army Air Forces bomb squadron when he was shot down over Germany in 1944.

"I was the tail gunner," Bergen said. "We had flown over Brunswick, Germany. As we came off the target, we were hit by German fighters."

He was held prisoner at a camp in Austria for 14 months, with just a blanket and a board in his cell. He was freed in May 1945.

Bergen suffered shoulder and ankle wounds in the crash, but had no paperwork about the injuries because he was immediately taken prisoner. Such documentation is needed for the medal that honors troops injured in combat.

"I had a flesh wound in the left shoulder," Bergen said. "It was like someone threw gravel in my shoulder. It was shrapnel. My right ankle was bleeding. None of my wounds were serious."

Bergen said his son had looked into getting him a Purple Heart, but the lack of documentation stopped their efforts.

Documentation was recently assembled with help from Republican U.S. Sen. Ron Johnson and Mark Wilson, the commandant at the Chippewa Falls veterans' home where Bergen lives.