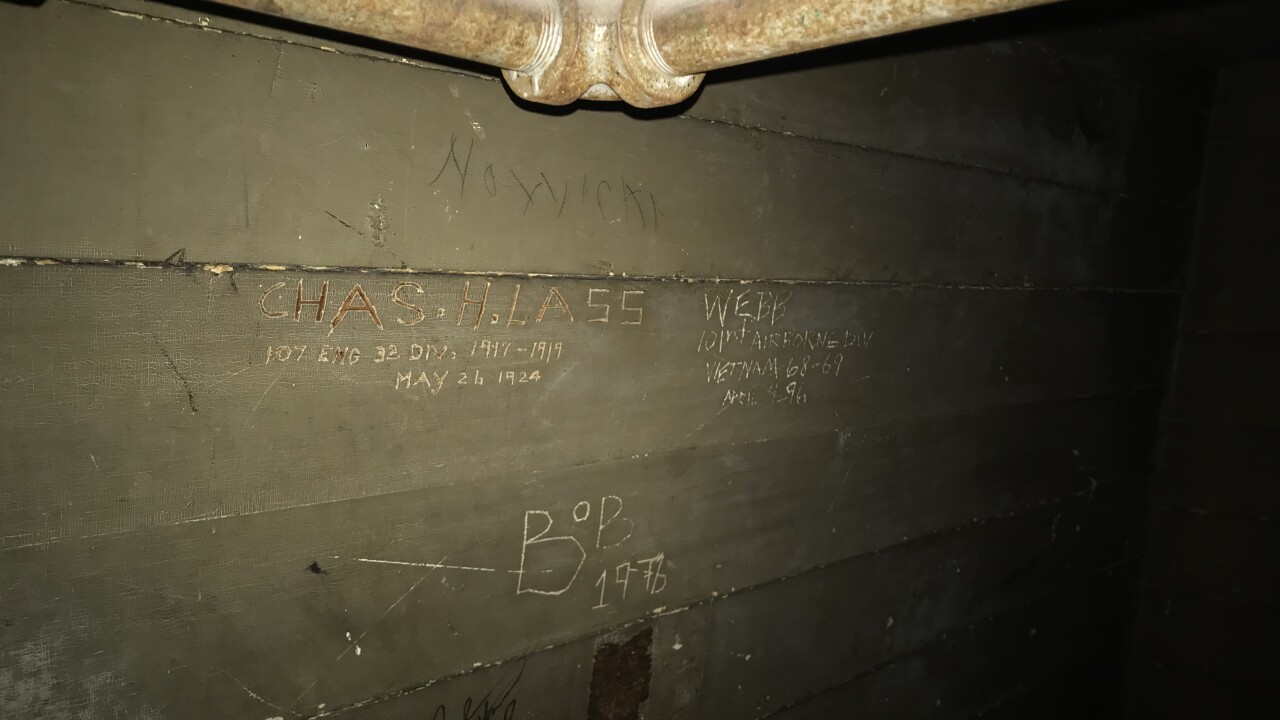 MILWAUKEE — Etchings from 1924 were recently found in the historic Milwaukee Soldiers Home.

The Alexander Company and the Housing Authority of the City of Milwaukee are working to restore six buildings at the Milwaukee Soldiers Home.

The Milwaukee Soldiers Home was a part of Abraham Lincoln's legislation to create a national system of homes for disabled veterans. These veterans would stay in the homes as they got reacquainted with civilian life.

A site engineer working with Schumacher couldn't believe he was looking at etchings from a World War I veteran so he decided to do some digging. He found that the 32nd division was comprised of men from Wisconsin and Michigan.

“I was shocked, and it really hit home to find this right before Memorial Day almost 100 years after it was carved into the tower” said site engineer Luke Mikula. “It’s a reminder of why we’re doing this and who we’re doing it for.”

The division was first created during the Civil War. They later became known as the Red Arrow Division because their patch showed a red arrow shooting through a line to reflect their success at breaking through enemy lines.

This Red Arrow Division ended up being the first of US Troops to set foot on enemy soil in WWI. According to a press release from the Alexander Company, the divison "penetrated every single German line of defense that they faced throughout the war."

In fact, Red Arrow Park in Oshkosh is named in honor of this division. You can even find a monument of the division’s patch within the park.

“As we spend the weekend observing Memorial Day and honoring the men and women who so nobly served our country, we’re reminded that these historic buildings have stories and purpose” says Joe Alexander, President of The Alexander Company. “We think the Red Arrow Division would be proud of the work we’re doing here today.”