Both vehicles were engulfed in fire 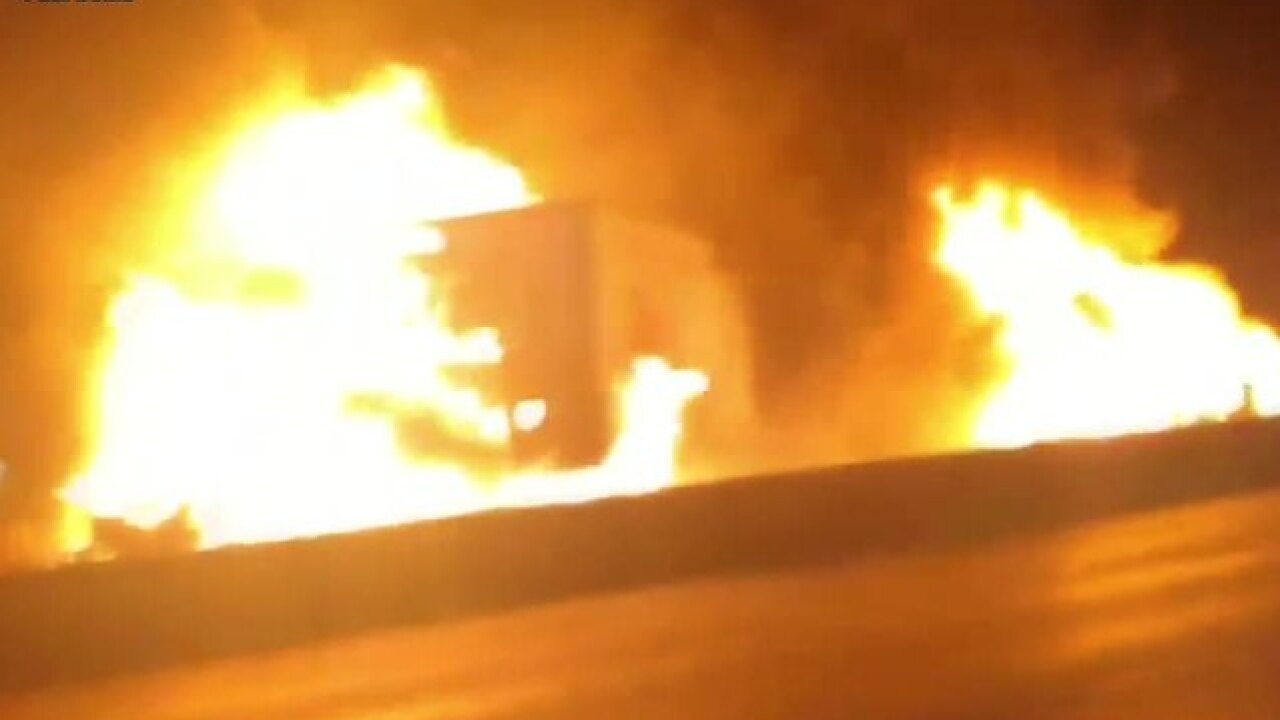 UPDATE 11/07 1:58 p.m. -- The driver of the wrong-way vehicle who died after crashing into a semi in the northbound lanes of I-43 earlier this month has been identified as Antonio M. Holmes, 39.

Positive identification of the victim was made through dental records, the Milwaukee County Sheriff's Office says.

MILWAUKEE -- A wrong-way driver has died after crashing into a semi in the northbound lanes of I-43 on Milwaukee's High Rise Bridge, according to the Milwaukee County Sheriff's Office.

The driver was going southbound in the northbound lanes of I-43 around 3:45 a.m. without headlights on when they hit the semi on the bridge, the sheriff's office says. Both vehicles caught on fire.

The semi driver told deputies that he saw the wrong-way driver coming "directly at his semi," but he was unable to swerve out of the way due to a car in the lane next to him. He was able to escape the cab of his semi and was taken to the hospital with pain to his ankles and knees.

An off-duty MPD officer tried to remove the wrong-way driver from their car, but was driven back by the flames, according to the sheriff's office.

The location where the driver got on the freeway the wrong way is not yet know.

The crash forced law enforcement to close all of the northbound lanes and two southbound lanes of I-43 near National Avenue for nearly eight hours -- causing massive backups during the morning rush hour.

All lanes of the freeway reopened around 11:40 a.m.