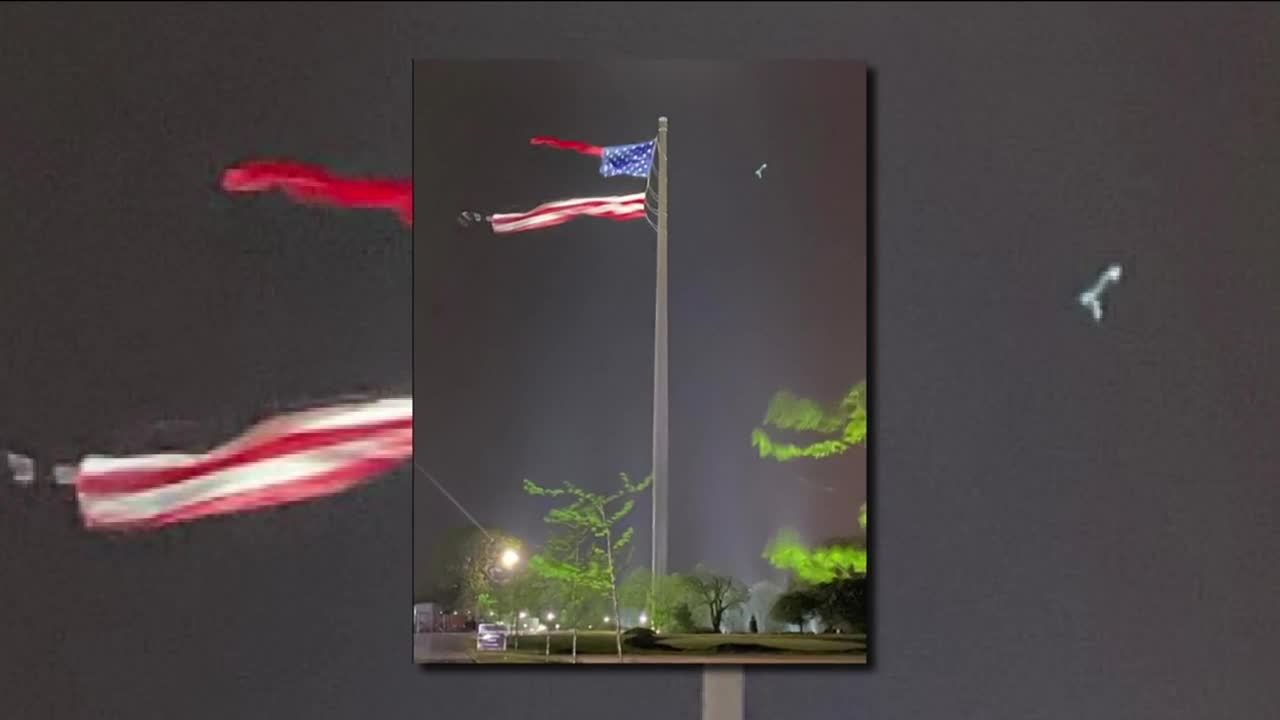 The largest, free-flying American flag in the United States was damaged Tuesday night after powerful winds rolled through Sheboygan.

SHEBOYGAN — "We call it the world's tallest symbol of freedom," Vice President of Acuity Insurance Services and Administration Sheri Murphy said about their American flag in Sheboygan.

One could imagine the shock when the tallest free-flying American flag in the world was ripped apart during powerful storms that moved through much of southeastern Wisconsin Tuesday night.

"That is by far the most damage I've ever seen with one of our flags. Yeah, I've never seen anything like it," Murphy said.

The flag was replaced swiftly at 7:10 a.m. Wednesday.

"So we do have some special containers, that we put it in to transport it back to the building. And then can properly, you know, handle it once we have it here. But, the main thing is to make sure that we're always keeping it off the ground. Whether it's going up, or coming down," Murphy said.