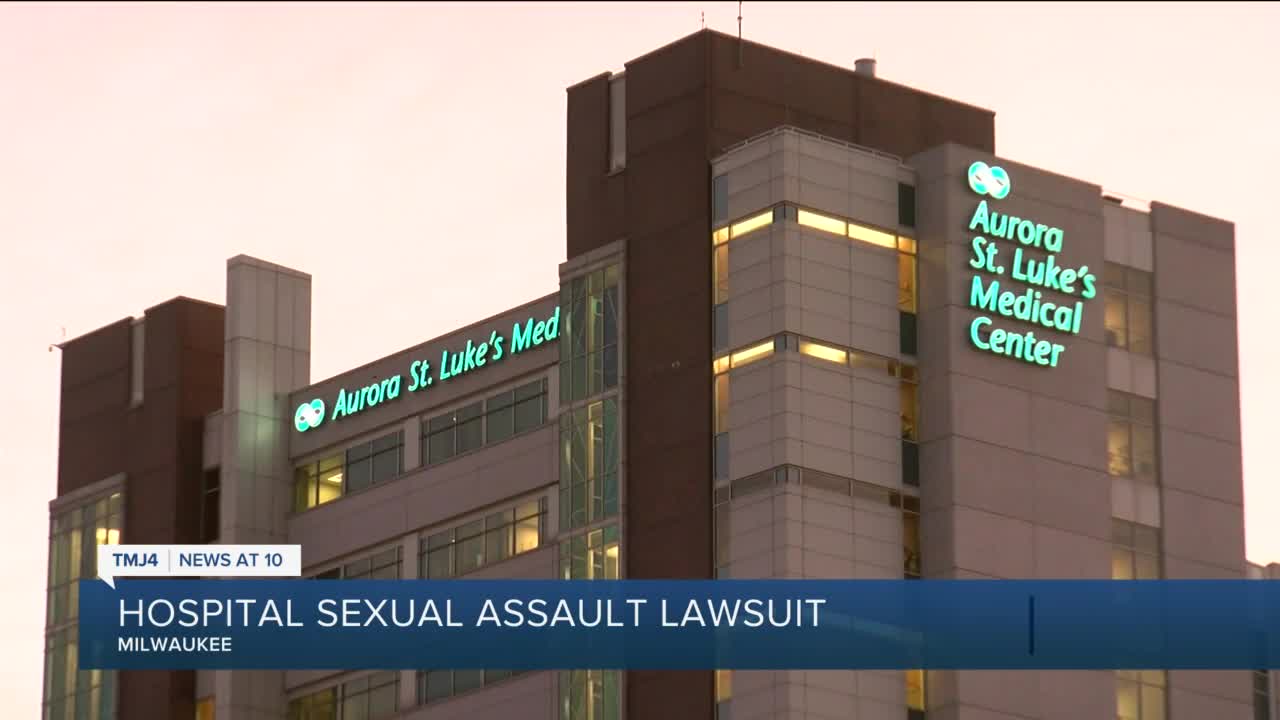 A woman has filed a lawsuit against Aurora Health Care and one of their employees following an alleged sexual assault she says happened in November of 2017.

MILWAUKEE — A woman has filed a lawsuit against Aurora Health Care and one of their employees following an alleged sexual assault she says happened in November of 2017.

The woman claims she was recovering after surgery on her arm at Aurora St. Luke's Medical Center when a certified nursing assistant, Tonatiuh Trujano-Ramos, touched her vagina.

Her attorney spoke with reporters on Thursday after filing.

"She was fully conscious, knew what was going on, but was in a complete state of shock when the sexual assault occurred, fearing like anyone would fear why is this happening? What’s going to happen? How is it going to end," said attorney Tim Trecek.

According to the lawsuit, as well as an edited version of the Milwaukee Police Department's interrogation of the worker, accused of assault provided by the law firm. Trujano-Ramos repeatedly denied inappropriately touching the patient until detectives asked one last time.

"Is there anything you want to tell me before I bring you back downstairs because it’s your only opportunity," a detective can be heard asking in a recording of the interrogation.

"I touch her," the defendant replied.

"I don’t know why I did it. I don’t know probably try to feel excitement or something," said the defendant when pressed as to why.

He later said he stopped after less than a minute because he got scared and knew it was wrong.

"She hit a button or somehow to call other hospital staff to the room. They arrived and shortly after that is when police were called," said Trecek.

The lawsuit also alleges Aurora Health Care of improper training and supervision of its hospital staff.

In response, a spokesperson for Aurora Health Care sent us a statement saying:

“Our top priority is to provide the safest and highest quality care for the patients and communities we serve, and we take all allegations of misconduct very seriously. This individual has been suspended pending the outcome of the criminal proceedings. We have been cooperating with the Milwaukee Police Department during their investigation.”

Trujano-Ramos is also criminally charged with 2nd-degree sexual assault. State records show that the case has been tied up in court since 2017.