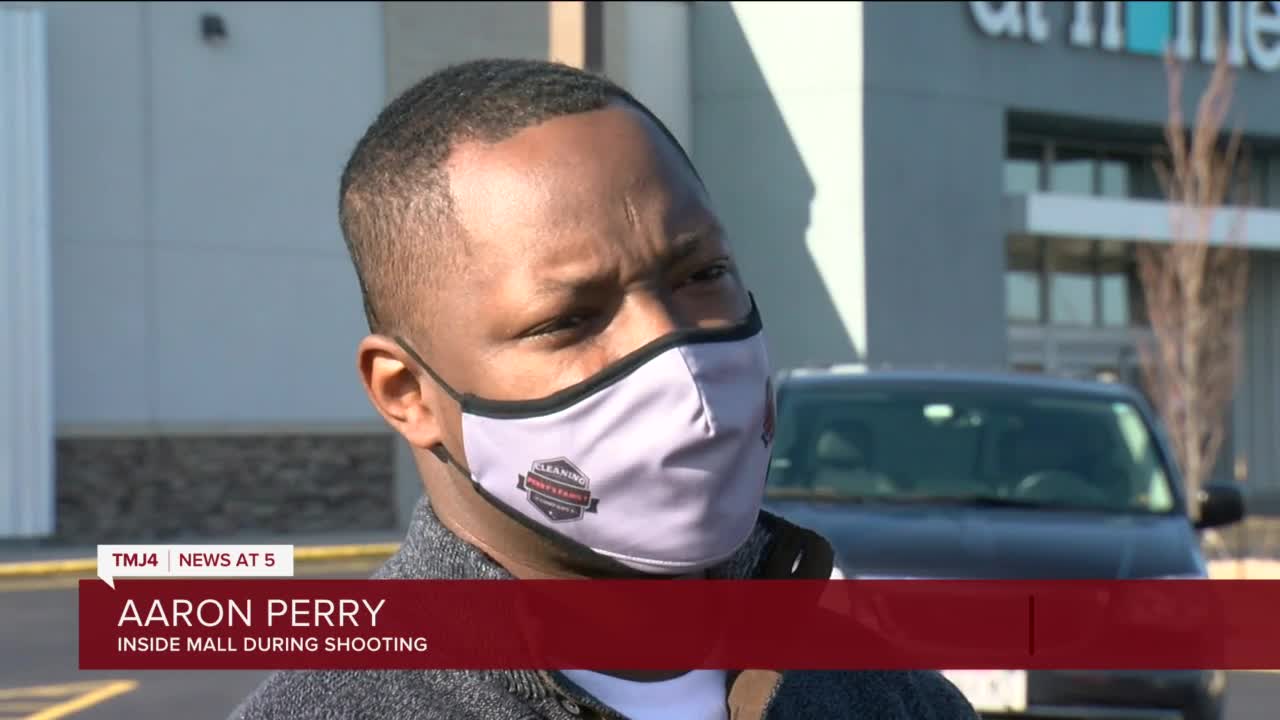 A witness inside Mayfair Mall at the time of Friday's shooting recounts what he saw and heard.

WAUWATOSA — The search continues for the man responsible for shooting eight people at Mayfair Mall and, somehow, managing to elude police.

Witnesses described what they call scary moments inside Mayfair Mall on Friday evening. The gunman still is on the run, according to police.

After moments of anxiety, some relief followed for people once barricaded inside a store during the Mayfair Mall shooting were rescued by officers.

Aaron Perry was inside the group seen on cell phone video being rescued. He was in the center of the mall when he heard the shots.

“During the holidays, it sounds like Mayfair is set up for Christmas and I thought something just fell. And that’s when I started hearing the rapid fire,” Perry said. “Then I yelled out, ‘They’re shooting.’ Then, me and several other people ran inside Pink and ran to the back of the store.”

Inside the store, nearly 18 people waited as police swept the store and others, looking for a gunman who is still on the run a day later.

“For it to happen here at the mall, and the person is still at large and that doesn’t sit well with me,” Perry said.

Mayor Dennis McBride, in a statement confirming the search continues for the suspect, and also that the shooting wasn’t a random act – but rather, the result of an altercation.
Aaron said, no matter the reason, he hopes the gunman is caught so he can rest easier after such a traumatic experience.

“I’m exhausted. Didn’t really sleep well due to the experience. Overall, I’m just devastated due to the situation,” Perry said.
Police are urging people with any information about the shooting to give them a call.