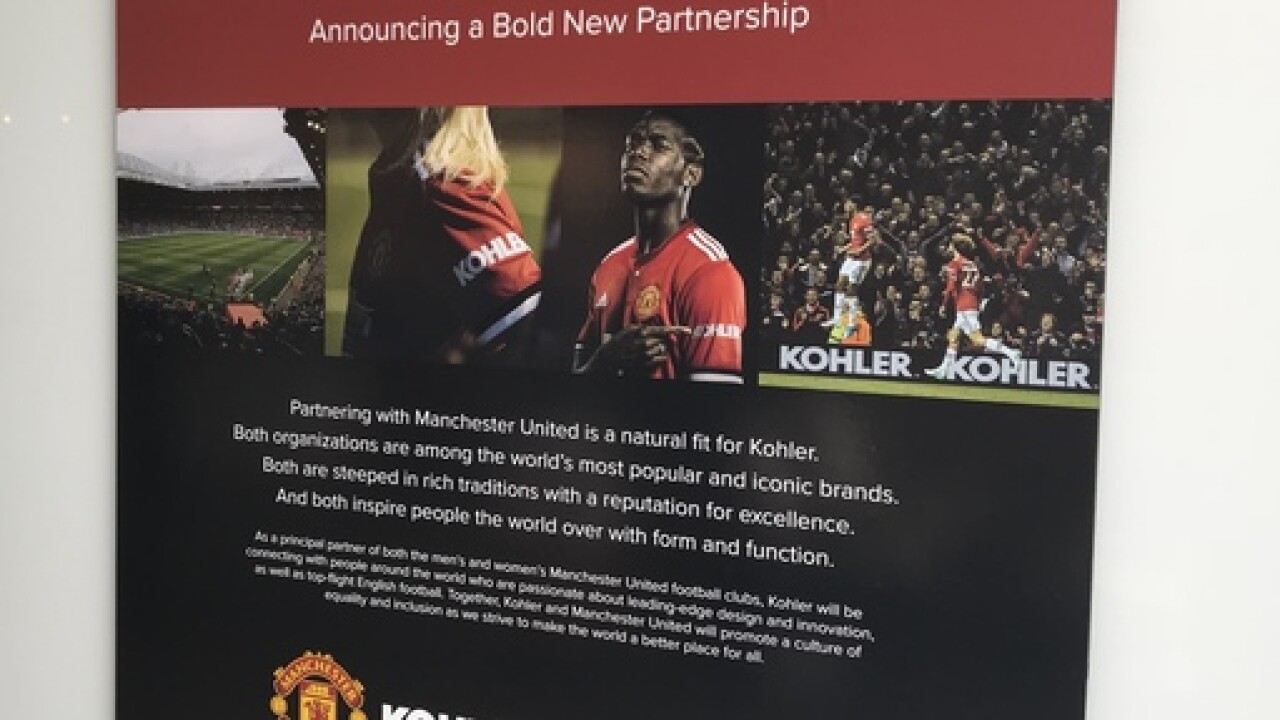 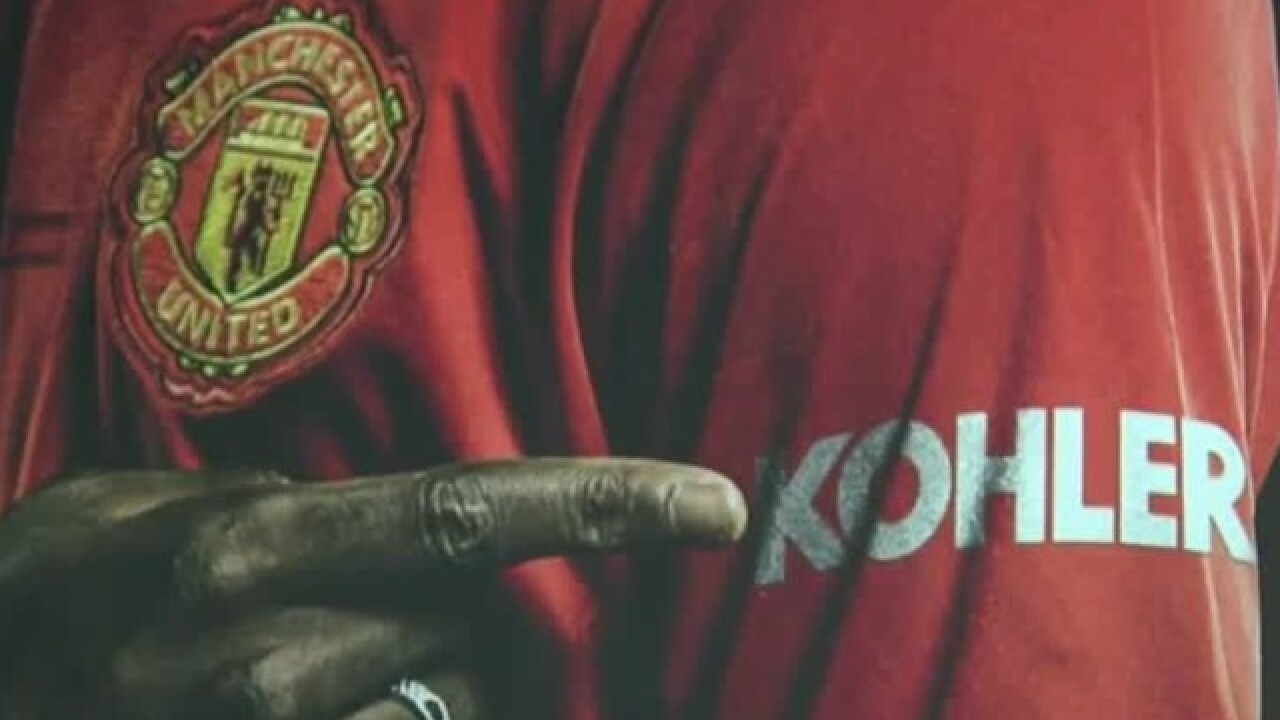 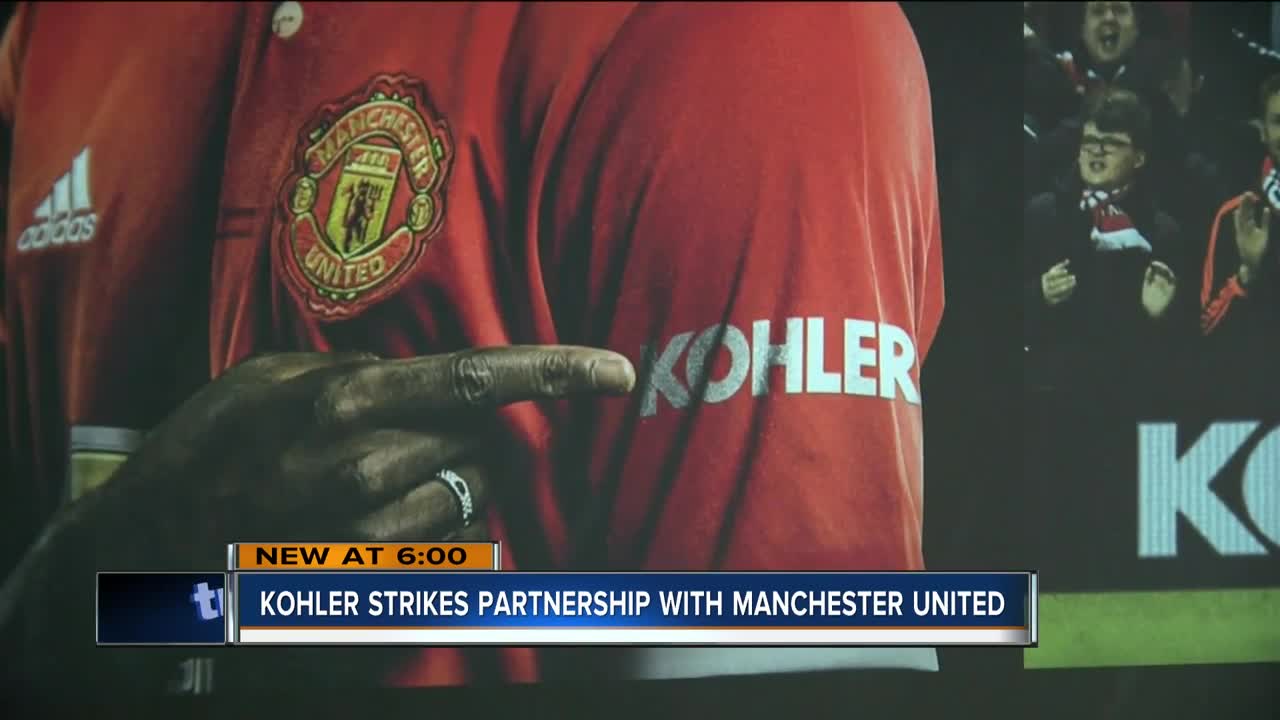 Wisconsinites who catch the game on TV will want to look closely at Manchester United's jersey.

The state's very-own Kohler Co. is the sponsor you'll see on the jersey sleeves of the Manchester United men's and women's teams going forward.

David Kohler, President & CEO of Kohler Co., declined to elaborate on the cost of the sponsorship, which is for five years.

He said the company viewed the deal as a way to expose more people around the globe to its brand.

Kohler Co. was founded in 1873 and now manufactures its kitchen and bath products, engines, and power systems at more than 50 locations worldwide.

"Manchester United sells a jersey every 11 seconds," Kohler said. "Just that plus the TV exposure and the social media exposure is nothing like we've ever seen."

The soccer club, which Forbes said is the second most valuable sports franchise on the planet at $4.123 billion, estimates it has almost one-billion loyal fans around the world.

Kohler said many of those supporters live in global markets very important to the company's success.

The English Premier League is broadcast around the globe. In the United States, NBC's current deal to broadcast the league's matches, which runs through the 2021-22 season, is worth approximately $1-billion.

Kohler said a jersey sponsorship is one way the company thought it could adapt to a changing media landscape in which many television viewers record programming on DVR and fast forward through commercials, or watch programming on demand.

"We think sports are a great way to engage consumers and engage them in a changing media landscape," Kohler said. "We felt the strategy and sport for us is to be in the game. Let's be in the game, on the jersey, with Manchester United."

Fans in Kohler who can't make it to Manchester to catch a game in person can head to watch parties at the nearby Horse & Plow. The first watch party is Friday at 2:00 p.m. for the season opener.