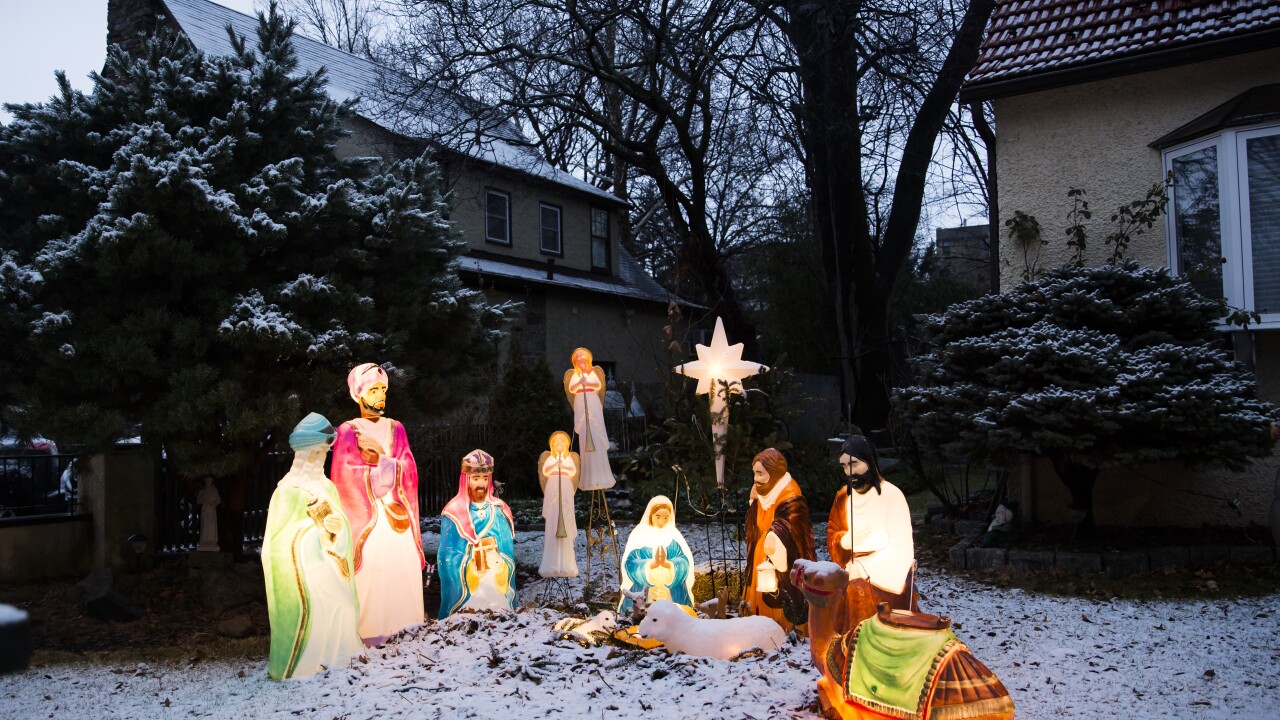 BROWNSTOWN, Ind. (AP) — An organization that promotes the separation of church and state wants a southern Indiana county to immediately remove a Nativity scene from a courthouse lawn.

The (Seymour) Tribune reports an attorney for the Madison, Wisconsin-based Freedom From Religion Foundation wrote a letter to commissioners in Jackson County saying that a "concerned local citizen" contacted the group about the light display outside the courthouse in Brownstown.

The letter from attorney Ryan D. Jayne said that it's "unlawful for the county to maintain, erect or host a holiday display that consists solely of a Nativity scene." He says it's a "crystal clear constitutional violation."

The scene remained on display this week.

Commissioners President Matt Reedy said he hadn't received the letter and said the county plans to remove the display after Christmas.