Redshirt junior had breakout season in 2016

Another Wisconsin Watt is headed to the NFL.

University of Wisconsin redshirt junior linebacker T.J. Watt announced Tuesday that he will forego his final season and declare for the NFL Draft.

The decision comes a day after UW beat Western Michigan 24-16 in the Cotton Bowl.

In a Twitter message, Watt said that he discussed the options with his family, and that playing for UW "has always been a dream of mine."

"This decision was by no means an easy one, but I feel that it is the right decision for me at this time," Watt said. 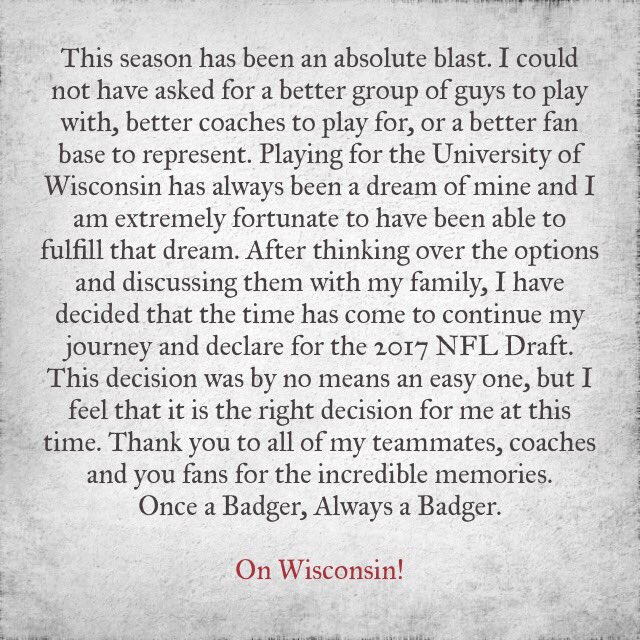 Watt's older brothers, J.J. and Derek, are also in the NFL.
Watt racked up 63 tackles, 15.5 tackles for a loss and 11.5 sacks for the Badgers in 2016.
His breakout season comes a year after he switched from offense to defense.
Copyright 2016 Scripps Media, Inc. All rights reserved. This material may not be published, broadcast, rewritten, or redistributed.