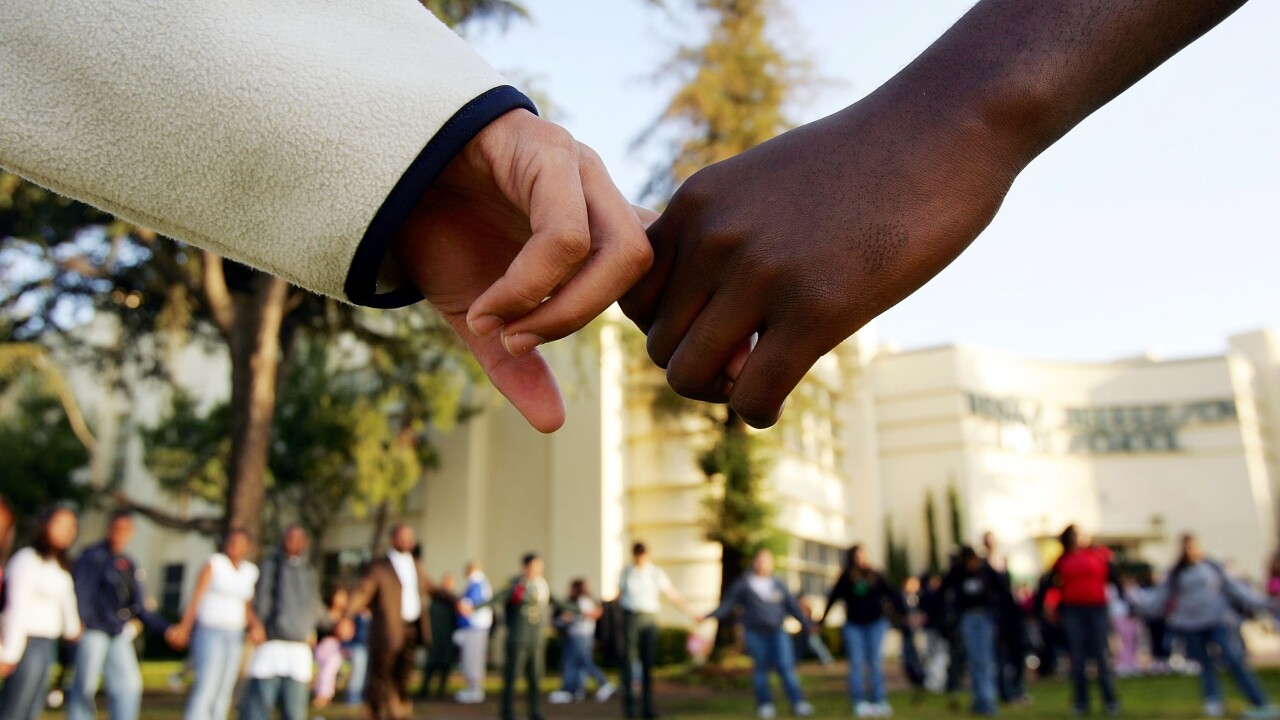 David McNew/Getty Images
LOS ANGELES, CA - APRIL 21: Students pray in the aftermath of two apparent racially motivated student brawls at Thomas Jefferson High School April 21, 2005 in Los Angeles, California. A number of students suffered injuries this week while fleeing from a lunch period brawl involving about 200 Latino and African-American students, the second racially charged incident in less than a week. Stepped-up school police and Los Angeles police presence, strict regulation of clothing styles that could be associated with gangs, and a tightened school bell schedule that leaves little time to linger between classes are in effect to curb the violence. (Photo by David McNew/Getty Images)

A new report shows that Wisconsin has the longest way to go to reach racial equality.

In fact, five Midwest states are in the top 10 for worst racial inequality.

Incarceration Rate
The findings showed that Wisconsin had one of the highest incarceration rates of African Americans in the country with 2,542 people in prison per 100,000 people. Zippia analyzed numbers from The Sentencing Project,

Employment Gap
Wisconsin reported having one of the highest wage gaps in the country. The report compiled stats from the American Community Survey. It detailed the difference between median incomes of white and black Americans. There is a 37 percent income gap between the average white and black employee with similar jobs.

Education Gap
Wisconsin has a 16.7 percent difference between black and white Americans with a bachelors degree. This data also came from American Community Survey.

Housing Disparity
It showed that Wisconsin has one of the largest gaps between white and black home ownership at 48 percent. This metric was also determined with information from the American Community Survey.