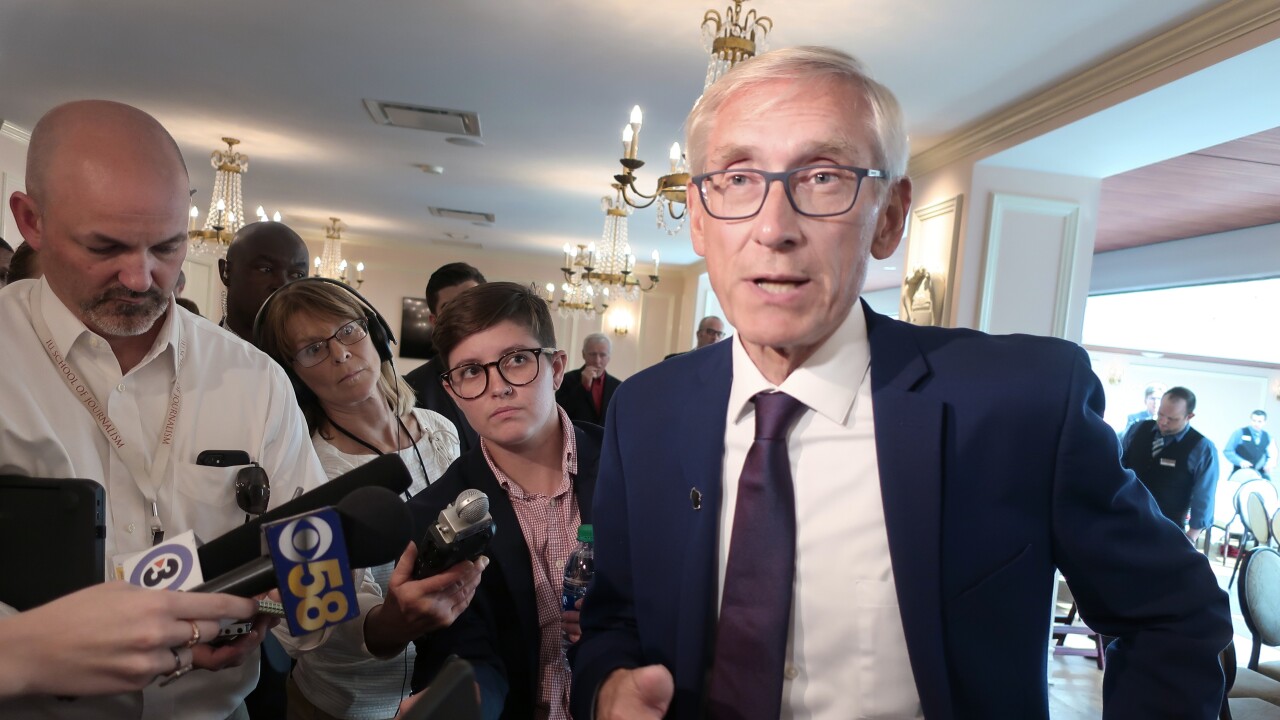 Scott Bauer/AP
FILE - In this Sept. 24, 2019, file photo, Wisconsin Gov. Tony Evers speaks with reporters at an event in Madison, Wis. Evers plans to announce four pardons on Monday, the first issued by a Wisconsin governor in nearly nine years. Evers revived the Pardons Board this summer after his predecessor, Scott Walker, refused to issue any pardons during his eight years as governor. (AP Photo/Scott Bauer)

Most of the offenses were committed decades ago. Evers said in a statement that he believes in second chances and all the convicts have paid their debt to society and wanted pardons to advance their careers.