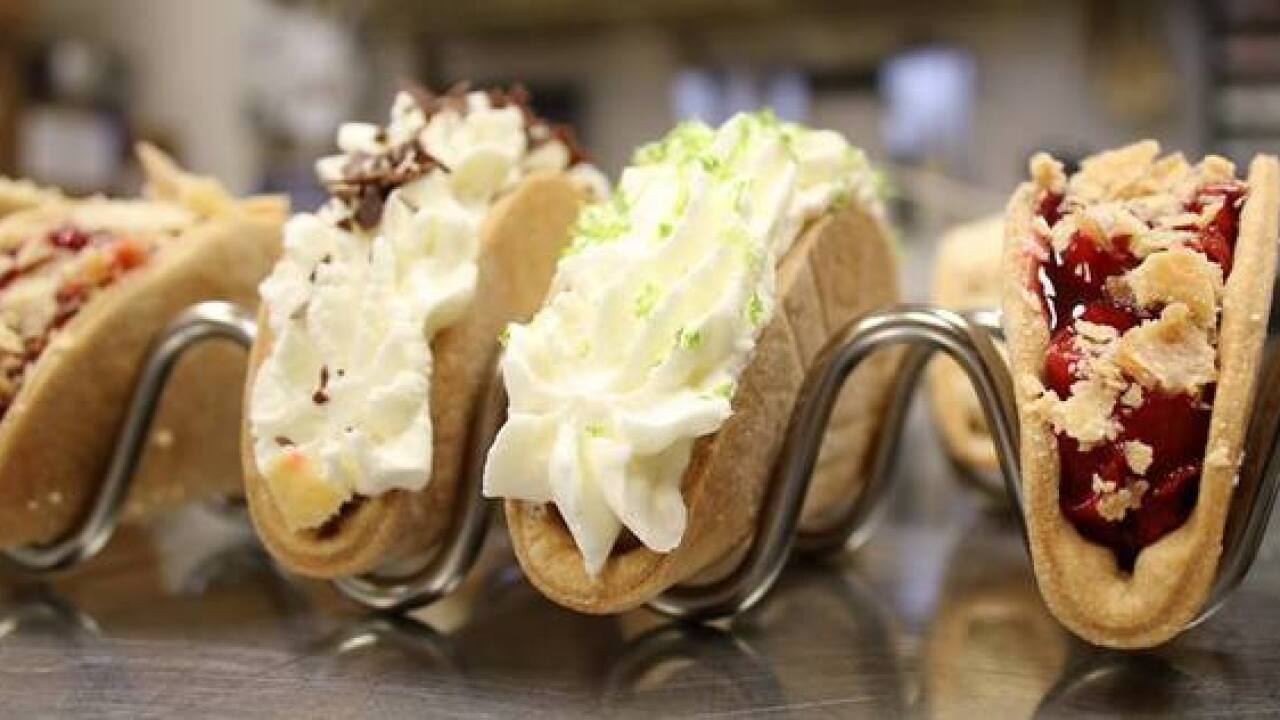 The Hubbard Avenue Diner just outside Madison, Wisconsin announced on their Facebook page that they will soon be serving 'Pie Tacos.'

The restaurant, which was been working on the tacos for a while, will start selling them April 12th and will feature four flavors: Apple, Cherry, French Silk and Key Lime.

All four versions of the taco will be baked in a pie crust shell and will be served in a traditional taco rack like you'd see at Bel Air Cantina in Milwaukee.

Fans of the restaurant certainly seem excited about the idea.

"Get one? Ha! Getting all four! Sounds delicious!" said Facebook commenter Kris Backes.

The Diner is located near the corner of Hubbard Avenue and Parmenter Street in Middleton, Wisconsin.