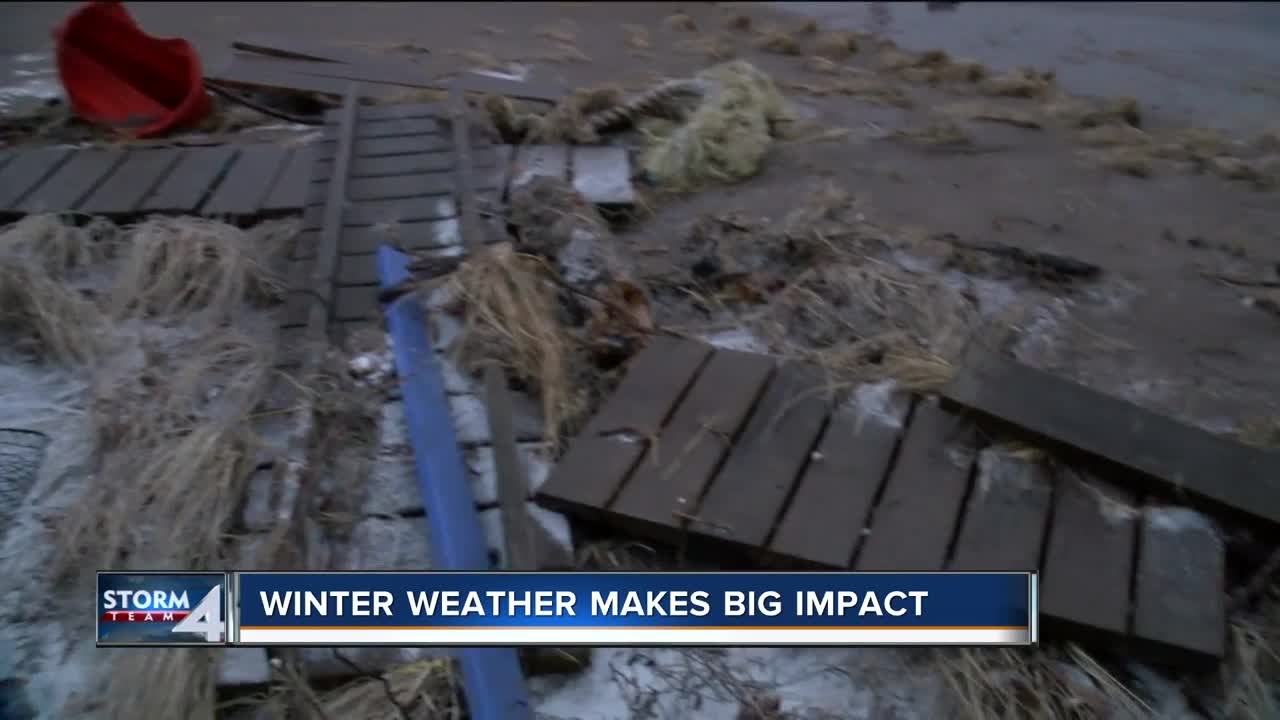 While it wasn't the snow we were expecting, Saturday's weather was nothing short of eventful. Strong winds made for huge waves on Lake Michigan and flooding in surrounding areas.

Along the lakefront, intense winds produced massive waves that hurdled toward shore.

"There is a power and a crash going on today that I haven’t seen before," said Bay View neighbor Patty Thompson.

The waves smashed over the break water near the South Shore Yacht Club. The force took out parts of piers and washed them ashore.

People walked against the wind to help try to clean up the debris on the beach.

"We're just trying to make sure as neighbors that things are picked up so we can be safe and sound out here," Thompson said.

The Port of Milwaukee closed public access to Jones' Island due to flooding on major waterways at the port.

Port Director Adam Schlit called the event "unprecedented." Officials say it's not clear when normal operations will resume at the port, and the impact from flooding "may be significant."

The waves on Lake Michigan captivated many spectators, who braved icy roads and intense winds just to watch.

"A little bit of destruction of the parking lot, but the waves are beautiful," said Tom Bierbach.

"I’ve seen it like this maybe one time before, and I’ve lived here for 20 years now," said Dave Miller.