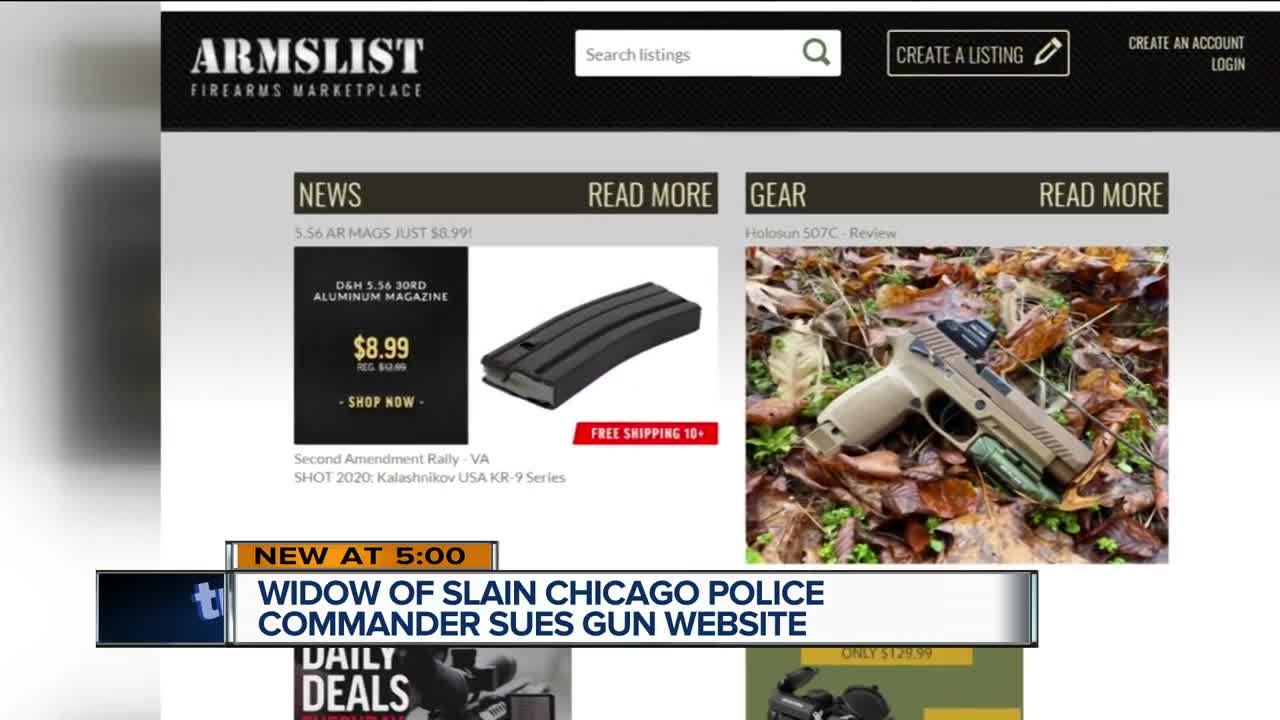 The widow of a Chicago police commander has filed a lawsuit blaming an open-market gun site for putting weapons in the hands of criminals. As we have reported, the gun used in that commander's murder was traced back to Wisconsin.

CHICAGO — The widow of a slain Chicago Police Department commander has filed a lawsuit against the website used to sell the gun tied to her husband’s death.

The 9-millimeter Glock pistol allegedly used to kill Bauer in 2018 was sold by a Madison, Wisconsin resident to a Milwaukee resident.

The lawsuit claims the gun later made its way through the "criminal marketplace” to Shomari Legghette, who is charged with first-degree murder in the death of Paul Bauer.

In 2019, the state Supreme Court dismissed a lawsuit alleging a firearms website enabled a man to illegally purchase the pistol he used in a mass shooting at Azana Spa and Salon in October 2012. Radcliffe Haughton shot and killed Zina Daniel, Maelyn Lind and Cary Robuck on Oct. 21. The Supreme Court ruled that federal law grants the site operators immunity through the federal Communications Decency Act, which absolves website operators of any liability resulting from posting third-party content.