Why one local school has had assigned lunch seating for decades 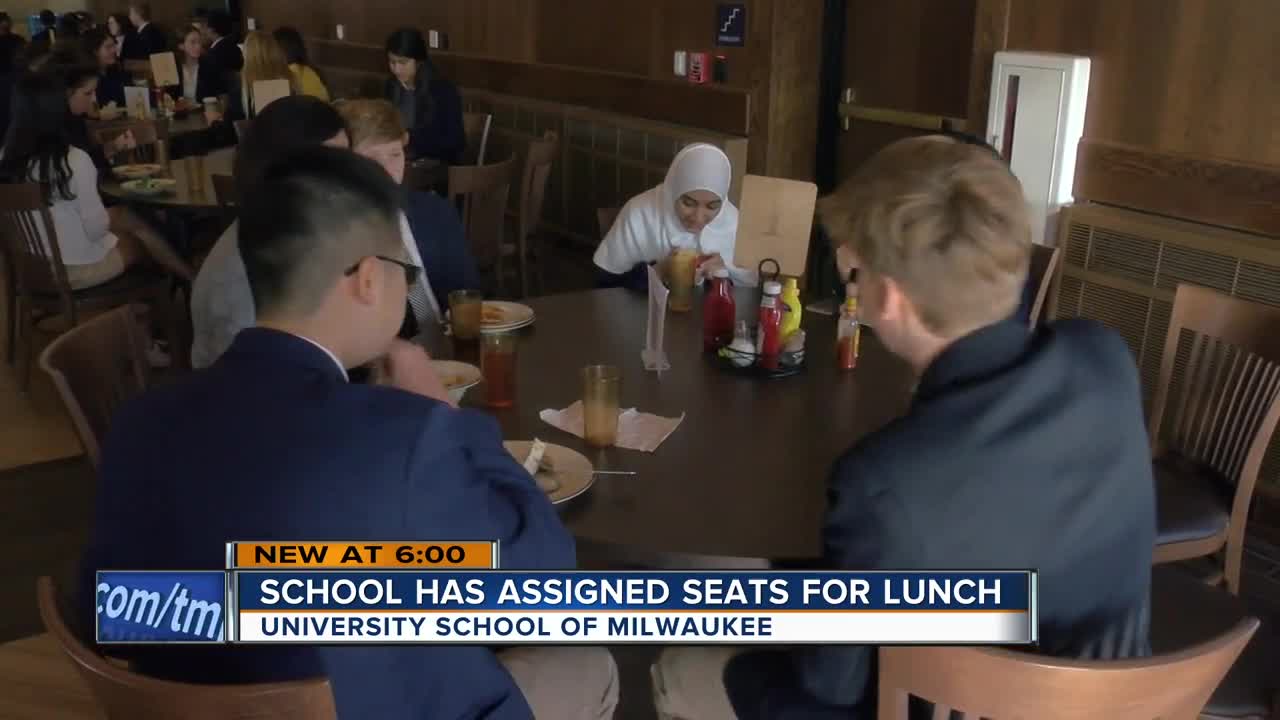 Do you remember the lunchroom? Trying to find a spot to sit or people to sit with. This has never been the case for students at the University School of Milwaukee. They've had assigned seats at lunch since the school opened in the 1960s.

RIVER HILLS — Do you remember the lunchroom? Trying to find a spot to sit or people to sit with. This has never been the case for students at the University School of Milwaukee. They've had assigned seats at lunch since the school opened in the 1960s.

"The first thing I thought about was how awkward and weird it was going to be," said Ashley Peet.

"I'm kind of used to it. I don't really think it's all that bad," said Bret Nervun.

Students are assigned a table with a mix of freshmen to seniors. There's a teacher or administrator at the table as well. Senior Ashley Peet thought the whole thing was strange at first.

"You kind of get used to it as the years go on, but like being thrown into right away was really weird," said Peet.

Now she can appreciate the concept.

Why one local school has had assigned lunch seating for decades

"I think I'm somewhere in the middle," said Peet. You kind of get use to like having to start up conversations."

"I kind of like the assigned tables because you meet new people," said Nervun.

The freshman said the best part is knowing where he's going to sit.

"I can just walk down, check my phone, see where I'm gonna sit," said Nervun.

Assigned seats aren't in place to prevent bullying or stop kids from gossiping. The Upper School Dean said it's about community.

"It helps to promote an inclusive environment in our school where students have conversations with different social groups and they're not just talking with their same friends," said Charlie Housiaux.

Seat assignments rotate every eight days. It changes depending on which lunch students are in that day so they're not always with the same people.

"It's really done by an I would call a polymath wizard who kind of has the keys to the lunch algorithm," said Housiaux.

The Director of Student Success hosts her own table of students.

"It's really a nice opportunity for both students and adults to practice communication skills and to get out of their comfort zones and engage with people who they normally might not engage with," said Gina Haughton.

"When you're at a lunch table with somebody you really get to like match the face to a personality and kind of meet the person on a greater level than you could if we didn't have assigned seats, said Liam Grady. It's kind of just become a part of my day to day life as being able to sit and meet new people because of the lunch tables."