West Bend prepares for first snowfall of the season 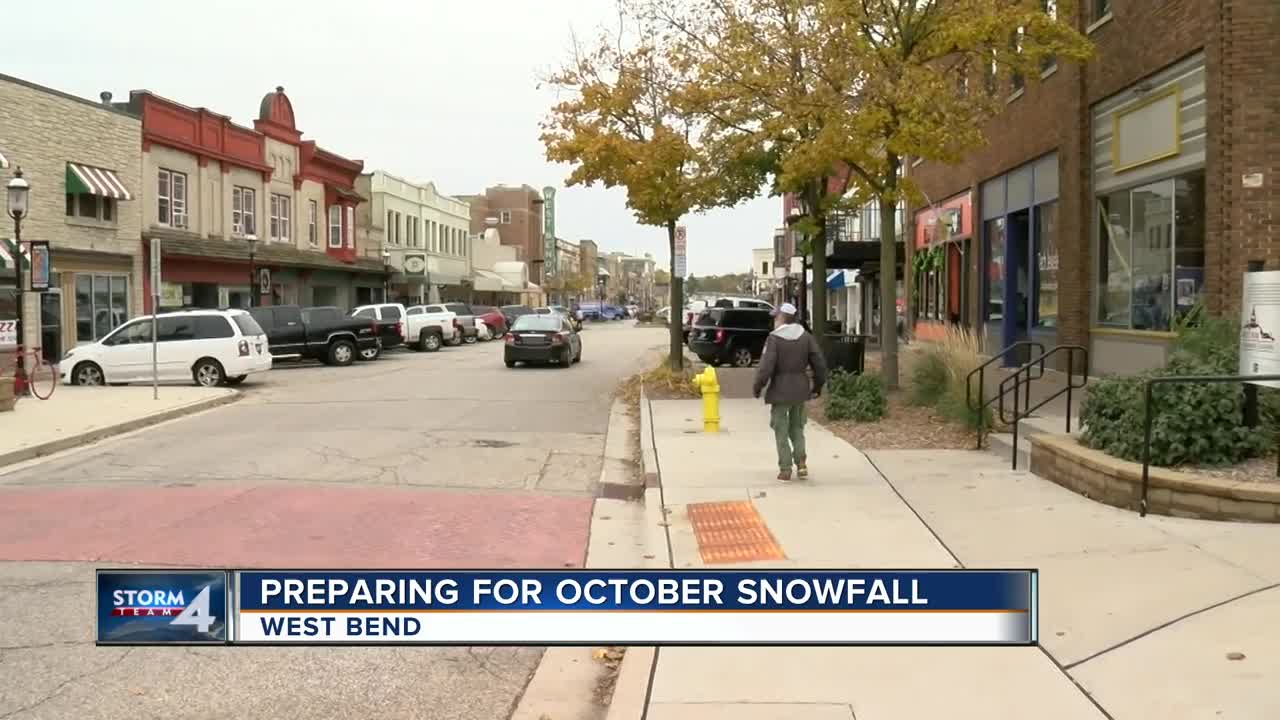 Ready or not, the season’s first snowfall is on its way. Parts of southeastern Wisconsin are expected to be blanketed with 1 to 3 inches of snow overnight.

WEST BEND — Ready or not, the season’s first snowfall is on its way. Parts of southeastern Wisconsin are expected to be blanketed with 1 to 3 inches of snow overnight.

While West Bend Public Works is quite certain they won’t have to deploy their snow plow trucks for Monday night's snow event, their salt dome is chalk full, ready to take on the entire season."

Walk through downtown West Bend and you’ll notice residents and storefronts are still in the spooky spirit, but even before halloween arrives, expected snow is more of a trick than a treat for those holding onto Autumn’s last stand.

"Definitely not looking forward to it," said Kevin Pooler.

"I’m not ready. I don’t want it yet. It’s too soon," said Carol VanLaarhoven

Ready or not, shovels, snowblowers and salt mix are in high demand at Tennies Ace Hardware for the first anticipated measurable snowfall of the season.

"Customers are a little excited, I think they are a little caught off guard just as us retailers are," said owner Todd Tennies.

Tennies and his employees rearranged the top selling winter items while offering plenty of advice for those ready to clear the sloppy mix in the morning.

"We try to give them a little advice on changing the spark plug, making sure that the paddles are good on their snow-thrower, fresh gas obviously," he said.

"Usually we see this around Thanksgiving or so, we see first snow," said West Bend Public Works Director Doug Neumann.

West Bend Public Works’ snow plow trucks are lined up and ready to hit the roads on a moment’s notice, Neumann doesn’t anticipate snow sticking to the 500 miles of roadway his crews are responsible for.

"It’s just a bad timing for snow because we’re in the midst of city-wide leaf collection," Neumann said. "So having a snowfall during that kind of puts a damper on that collection for a little bit."

John Taylor spent the afternoon raking his leaves to the curb.

"We’ve had that happen before where we’ve had all our leaves raked up and a significant snow storm and just have had to live with that," Taylor said.

Taylor remaisn hopeful he doesn’t have to shovel until at least next month.

"Seems a bit early, but we can live with it," he said.

Washington County transit authorities said they will pre-treat highways and rural streets if necessary. Their crews will be on-call Monday night.