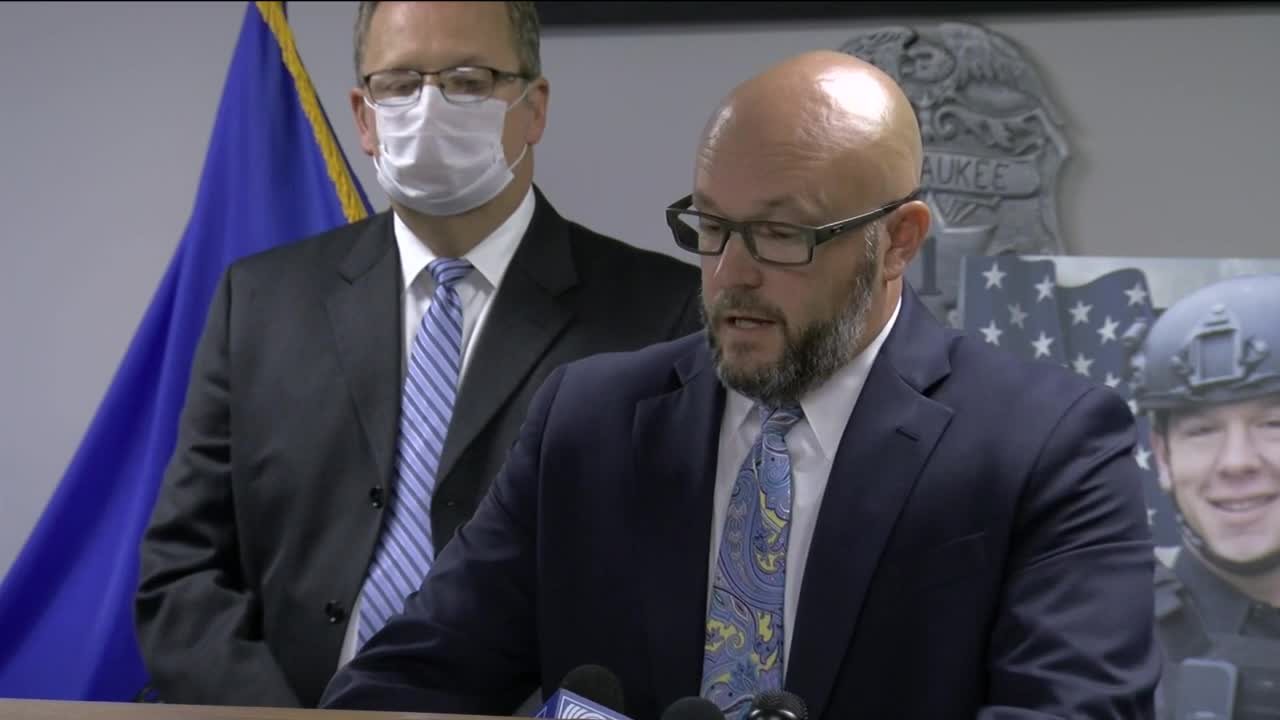 According to a new poll, 81% of officers at the Wauwatosa Police Department are thinking about leaving because they don't feel supported.

WAUWATOSA — The Wauwatosa Police Officers Association (WPOA) says its members do not feel supported and have no confidence in Mayor Dennis McBride’s leadership.

WPOA President John Milotzky shared information from a survey of its members. He says 70 of their 72 members responded to the survey earlier in August. Four questions related to the leadership of the city were posed to the officers.

“These nearly unanimous responses do not bode well for a bright future for Wauwatosa,” Milotzky said. “The responses to the final questions do not indicate much hope in where this leadership is heading.”

That last question was about the future of these officers within the Wauwatosa Police Department. The results show that 81 percent, (57 out of 70) of officers say they are now considering employment elsewhere or retiring earlier than expected.

“Four out of five of the police officers and detectives of the WPOA are seeking to leave the Wauwatosa Police Department,” Milotzky said. “Let’s be clear. These numbers represent failed political leadership and they represent the consequences of politically motivated actions.”

Milotzky is referring to the handling of suspended Officer Joseph Mensah. Mensah was suspended on July 15. Milotzky says because the Mayor and the Common Council voted on a resolution to order Police Chief Barry Weber to fire Officer Mensah, it has caused them to lose faith in McBride and not feel supported.

McBride said he repeatedly tells law enforcement about his support for what they do. He said any investigation into Officer Mensah is meant to protect his safety and is in public interest.

“The police union says we don’t care about police officers,” McBride said. “If Officer Mensah is cleared a third time and back on the street, will his life and the lives of his patrol partners be safe? I think what happened on Saturday night suggests, his life will not be safe. We care about Joseph Mensah. We care about his life. We care about the lives of the patrol partners he’ll be with. There are mentally unstable people in the community and far too many guns out there. We worry every day about Joseph Mensah and the other officers. We worry about their lives.”

As a result of what happened with Mensah and protesters outside of his girlfriend’s home on Saturday, McBride announced the city would be enforcing all of its ordinances regarding protesting; something he says they were lenient with before.

“Those are acts of violence,” McBride said. “We’ve had peaceful protests in Wauwatosa. It was not peaceful on Saturday night. Those are undisputed facts. As a mayor, I have to act. What we’re saying is, we have been lenient and we will not be lenient anymore. All of the ordinances will be enforced. We’re following up on the Supreme Court’s time, place, and manner restrictions and we are restricting hours of protest.”