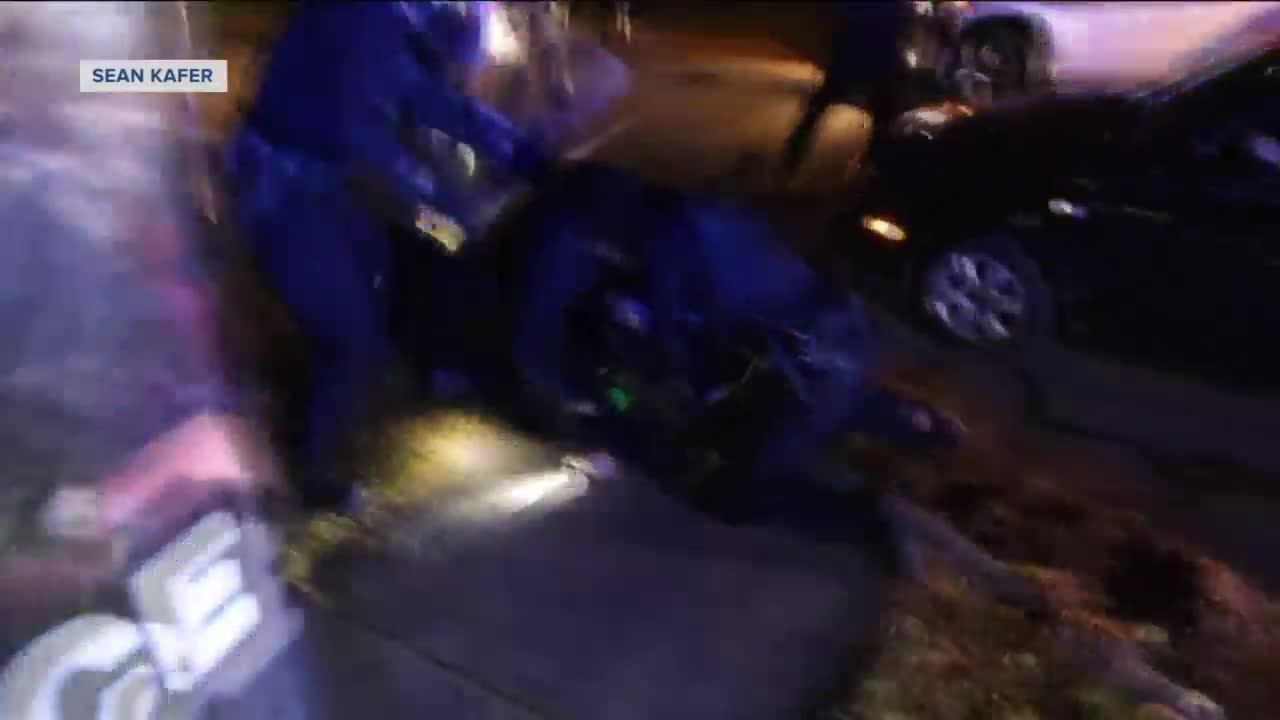 Wauwatosa police arrested and tased a bicyclist who was with a protest group Tuesday night after officers deemed the demonstration was an unlawful assembly.

WAUWATOSA — Wauwatosa police arrested and tased a bicyclist who was with a protest group Tuesday night after officers deemed the demonstration was an unlawful assembly.

Documentary filmmaker Sean Kafer said he’s been following protesters in Wauwatosa for the past two months. On Tuesday night, his camera was rolling as an officer charged at a protester on a bike. Video shows several officers throw the man to the ground for allegedly resisting arrest.

“I think taking down the biker in the violent tactic that they had was sad,” Kafer said. “It was sad to see.”

Kafer said the 28-year-old West Allis man who was arrested usually leads the protest group on his bike.

“What he’s doing is try to make sure that traffic doesn’t come and hit the protesters,” Kafer said.

Wauwatosa police released dash camera footage showing what led up to the arrest. The police video shows protesters marching alongside a caravan of cars that was blocking all lanes of traffic and honking their horns.

Officers announced that the protest is unlawful and that everyone needs to disperse, but then two officers are heard planning to target one protester in particular.

“Let’s go in there and take someone down,” an officer said.

After the group marched on, the two officers in the squad shared their strategy.

“So who are we going for? That guy on the bike then or what?” one officer asked. “Yeah, one of the scouts. Somebody that’s not going to run,” the other officer responded.

A couple of minutes later and around 8:00 p.m., officers arrived in a Wauwatosa neighborhood ahead of the protest group.

The dash camera footage doesn’t show the arrest of the protester on the bike, but Kafer’s video shows the officers following through with their plan.

“He was not resisting arrest and I did see the report from the police department saying that he was resisting,” Kafer said. “You could see in the video that’s not happening.”