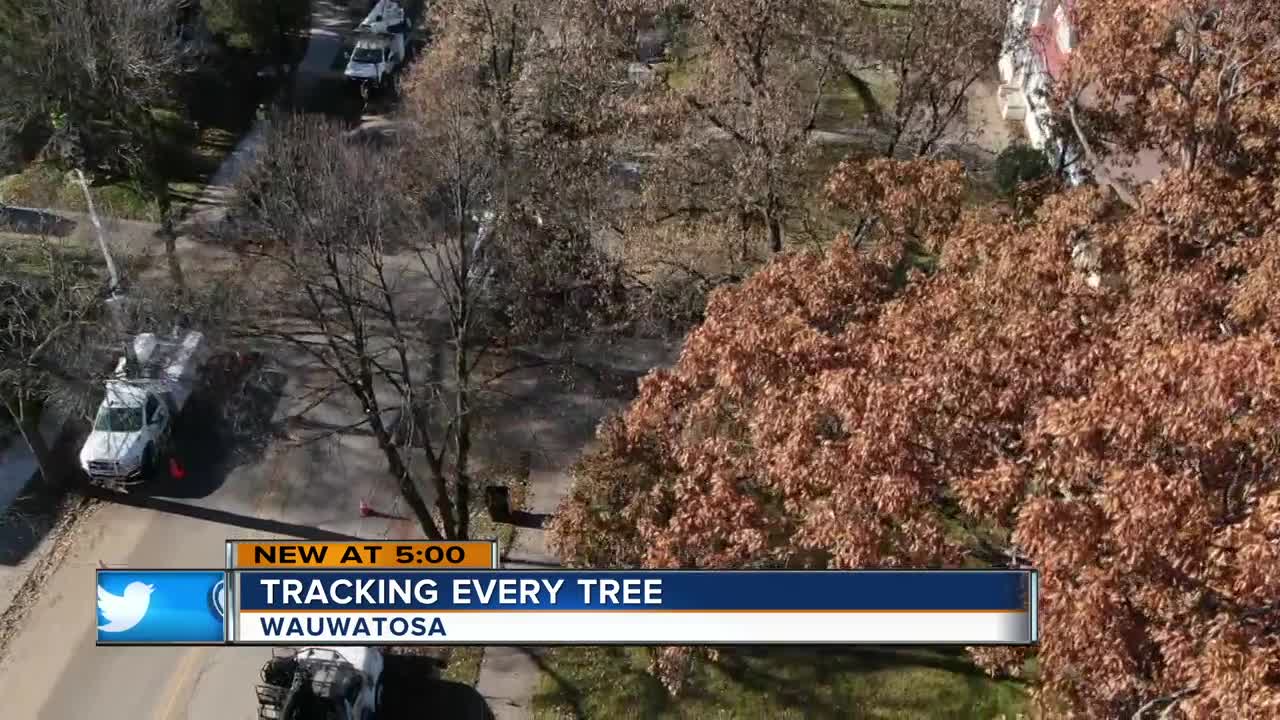 The Wauwatosa DPW is hard at work cataloging tens of thousands of trees in the city. The information they collect will help tree growth in the city for decades.

WAUWATOSA — The Wauwatosa DPW is hard at work cataloging tens of thousands of trees in the city. The information they collect will help tree growth in the city for decades.

"Before, we used an old spreadsheet," David Simpson, Director of Public Works said. "But now we use a system called geographic information system (GIS). Essentially, it uses GPS technology to locate physical trees on the street. What our guys do, they use that data and when they're going around, essentially using an iPad, use that GPS technology to locate the tree, the exact spot and pick up on data like species, size, quality of tree, look for damage, things like that."

During winter months, DPW works at pruning the trees. It's something that only happens every ten years but is imperative to the proper growth of the trees.

"They take some of the dead branches out of the trees," Simpson said. "But also form the trees so it grows in a way the arborists would like to."

With all of the information they are gathering, crews will be able to identify problem trees so disease can't wipe them out.

"If we have a tree that's diseased or dead, we'll remove it of course and replant a tree in that location," Simpson said. "But our goal is to start to increase that number so we can't plant more than a 1:1 ratio."

So while the cataloging process will focus on taking notes on every single tree, the crews are also looking for possible areas to plant new ones and increase the tree population in the city.

"To do that, we have to find those great locations across the city," Simpson said. "We don't have that data now."

Simpson says they are also trying to spread out the variety of trees they have. Right now, roughly 25 percent of the trees are maple. They have put a stop to planting more maple trees for fear of decimating a neighborhood's trees.

"Having various species is critical to our mission here," Simpson said. "If we do have another Emerald Ash Borer situation, we don't lose a good chunk of the population of trees here."

The Emerald Ash Borer destroyed some 300 trees in the city and they're actively treating about 3,500 to prevent them from dying.

The cataloging process is expected to be wrapped up in the next six months.