Warmer weather is here, and so are ticks 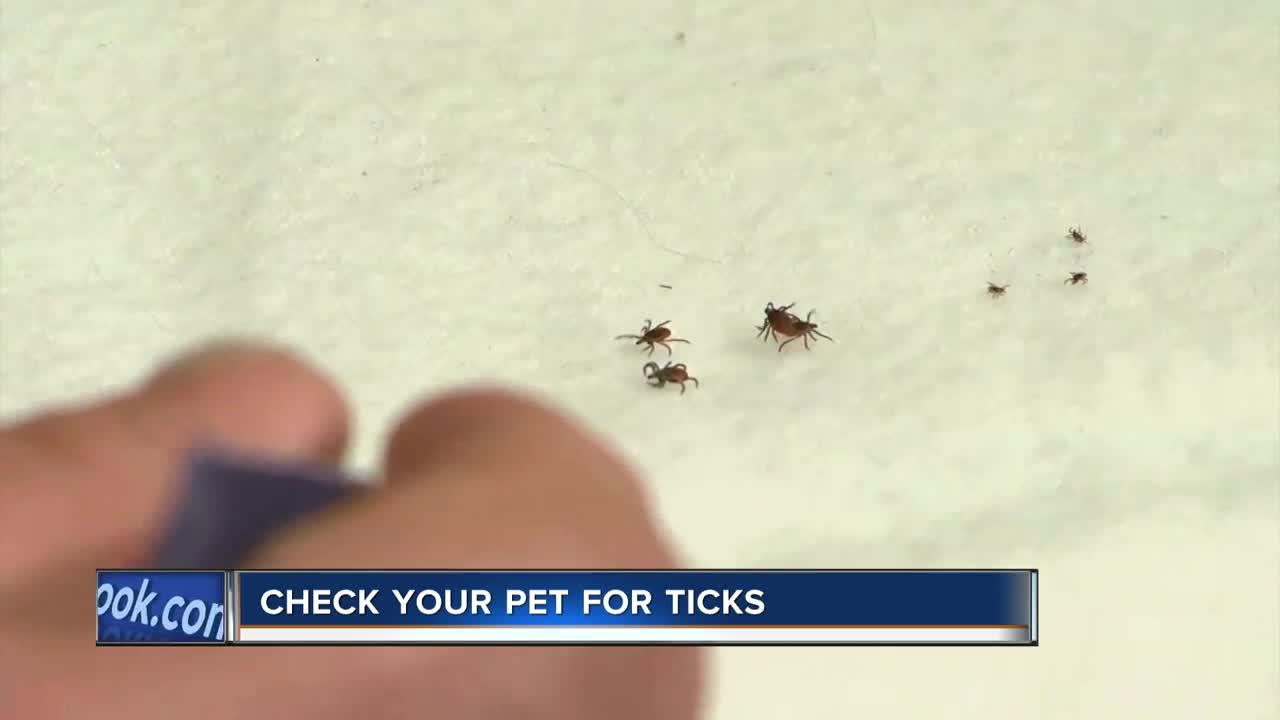 The warmer weather has finally arrived in Wisconsin, but with it comes a warning for ticks.

The warmer weather has finally arrived in Wisconsin, but with it comes a warning for ticks.

The parasites can carry more than a dozen diseases, the most commonly known is Lyme disease.

According to the Wisconsin Department of Health Services, ticks carrying Lyme disease can be found in every county in the state. In 2018, Wisconsin had an estimated 3,105 cases of Lyme disease in humans. That same year Milwaukee County had 35 reported cases while Waukesha County had 106.

Symptoms of Lyme disease can include fever, headache, fatigue, and a rash. If left untreated the infection can spread to the joints, heart, and nervous system.

Mark Hiller said whenever he and his family come home from walking their dog Boaty they check for ticks.

"They go everywhere on the dog. I’ve found ticks everywhere behind the ears in his paws all over the place," said Hiller.

Angela Speed with the Wisconsin Humane Society explained ticks are around all year, but they see an increase in ticks during warmer months as more people head outdoors.

"Ticks will climb into your dog and really burrow into their skin, and unfortunately they feed on the blood of animals so the risk of transmitting an infectious disease is pretty high," said Speed.

If you find a tick on your pet, Speed advised using tweezers or a specialty made tool to remove it.

"It can be kind of a icky process, so if you’re totally uncomfortable with it make sure you get your dog to a veterinarian right away," said Speed.

The sooner you remove the parasite the less chance for disease or infection. Speed said ensuring your pet is on a tick preventative is important.

"It’s fairly inexpensive and will save you hundreds if not thousands of dollars and treatment if your dog does contract Lyme disease," said Speed.