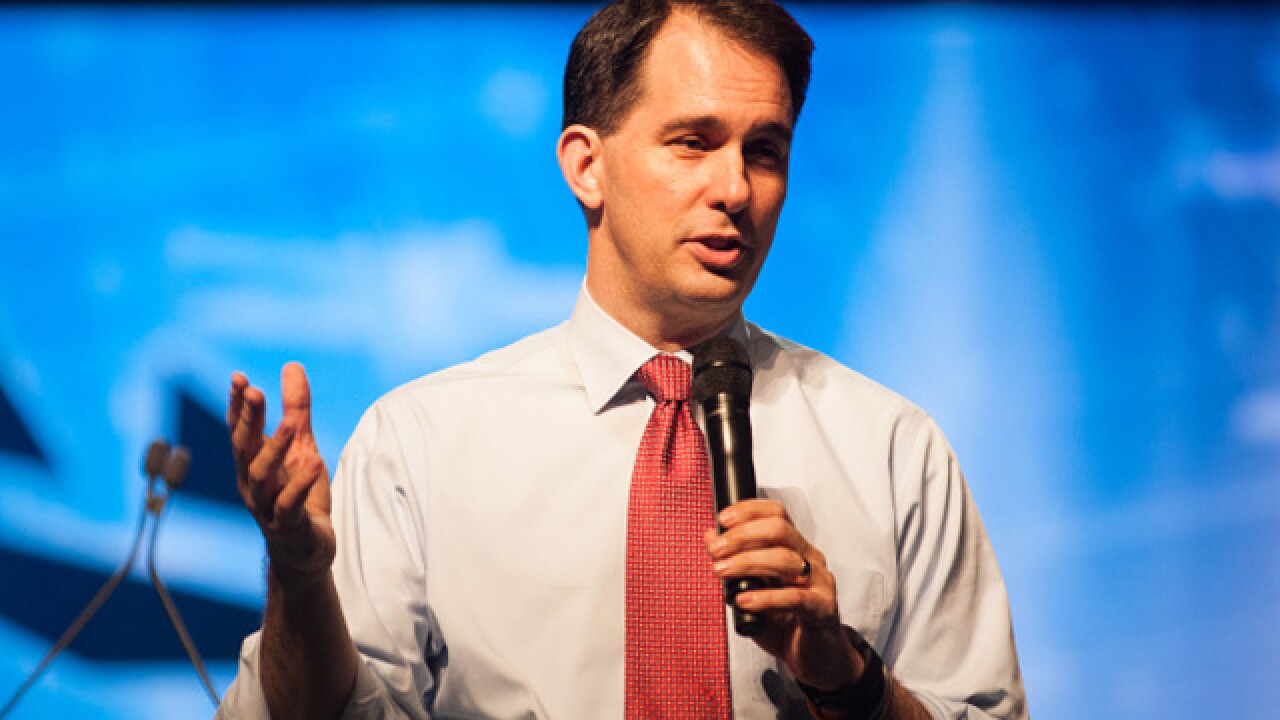 CHIPPEWA FALLS, Wis. (AP) -- Gov. Scott Walker joins a growing number of Republicans publicly opposing presidential candidate Donald Trump's call to ban Muslims from entering the United States.
Walker, who abandoned his own presidential campaign in September, was in Chippewa Falls Tuesday where he told WQOW-TV  that the country's founding principles are based on protecting religious liberties, so he disagrees with Trump's proposal.
RELATED:
Trump on Monday called for a "total and complete shutdown of Muslims entering the United States" in the wake of attacks at home and abroad. Trump's proposed ban would apply to immigrants and visitors alike.
Trump's rival Republican presidential candidates, along with House Speaker Paul Ryan and other leaders in the GOP, described Trump's remarks as out of line, un-American and dangerous. Legal experts say the idea is both unconstitutional and unworkable.
Associated Press 2015