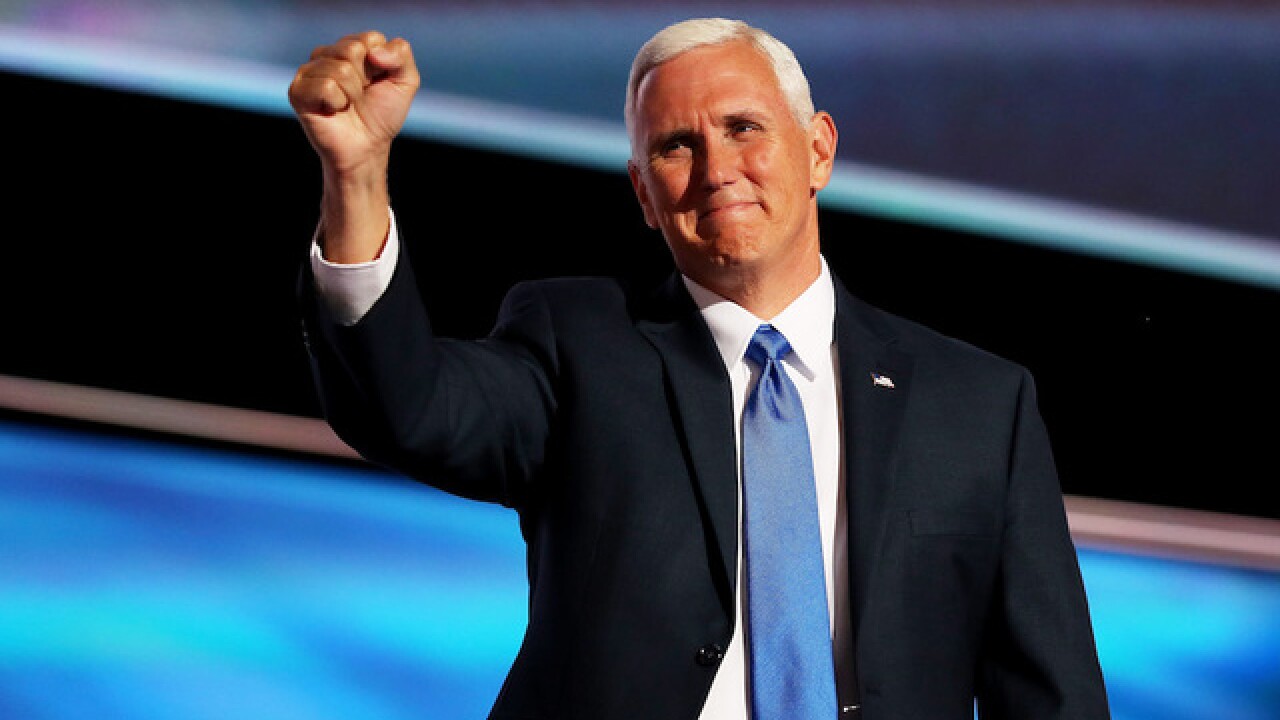 Copyright Getty Images
John Moore
<p>CLEVELAND, OH - JULY 20: Republican Vice Presidential candidate Mike Pence acknowledges the crowd as he walks on stage to deliver a speech on the third day of the Republican National Convention on July 20, 2016 at the Quicken Loans Arena in Cleveland, Ohio. (Photo by John Moore/Getty Images)</p>

MADISON, Wis. (AP) -- Vice President Mike Pence will make two stops in Wisconsin during his rescheduled trip to the state.

Pence will speak at shipbuilder Fincantieri Marine Group in Marinette on Wednesday, Oct. 23. Later that day, the vice president will visit shipping and packaging materials distributor Uline in Pleasant Prairie.

Pence originally was scheduled to visit Wisconsin this past week. But that visit was rescheduled after Pence was sent to Turkey to broker a cease-fire in the Turks' deadly attacks on Kurdish fighters in northern Syria.